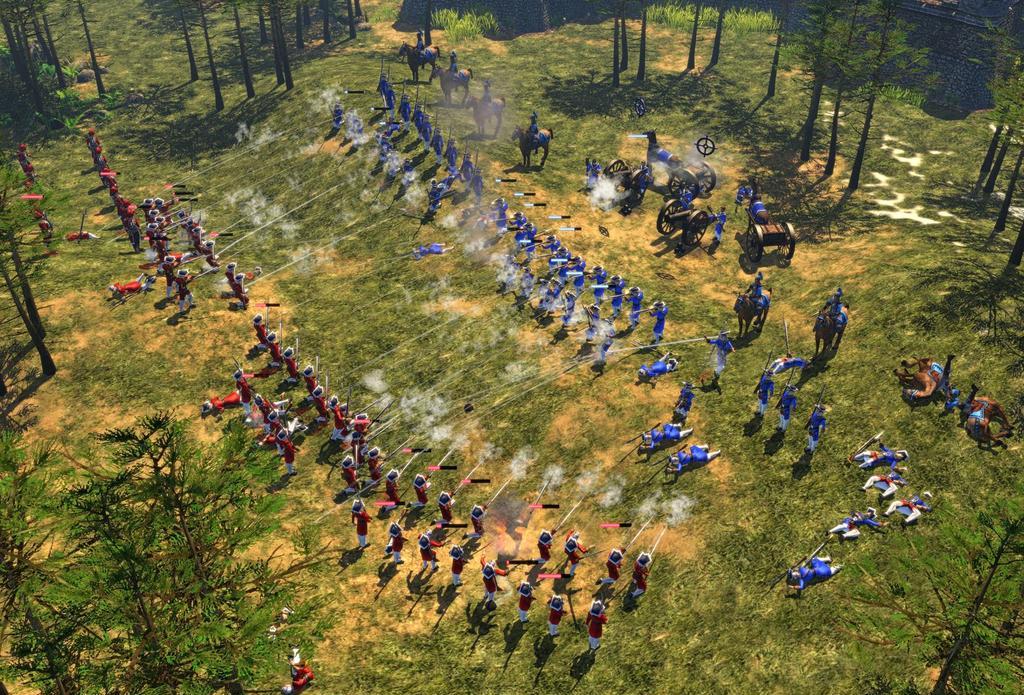 Age of Empires 3 was sort of a mixed bag for me, especially after coming from the highs of Age of Empires 2: The Age of Kings. I cannot deny the fact that I played AoE 3 online for almost three years, making countless smurf accounts and participating in numerous tournaments.  It was a game that I loved and also a game that I disliked, due to the numerous design choices that didn’t make sense to me at all.

The complete collection for AoE 3 was released on Steam recently, including all the expansion packs, which prompted me to write about the game again, due to a sudden rush of nostalgia.

It’s a little unfortunate what happened to Ensemble Studios, as I truly felt that AoE3 was an extremely underrated game, and Microsoft should have given them one more chance. It was definitely considered as a competitive sport, when you consider its inclusion in the World Cyber Games. With AoE3, there were a lot of new concepts like “Home City,” where you get supplies as you age up, or earn enough cards to summon resources or units.

You could also decide what bonuses you wanted by creating a deck. It’s like a loadout which you normally see in the Call of Duty games. This really brought a tactical element to the gameplay, and you could possibly snatch victory from the jaws of defeat. 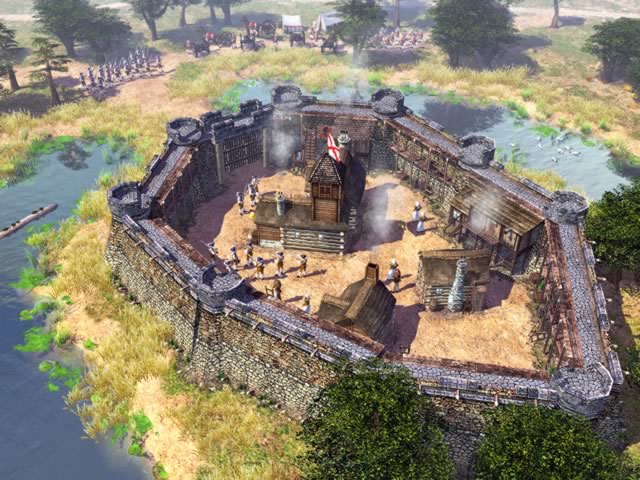 Like any RTS game, AoE 3 heavily relied on micro-management and macro-management, which deals with the art of maneuvering units and building an economy respectively. It was certainly deep and quite complicated compared to the previous AoE games, and had a lot of character as well. The visuals were heavily upgraded, with spectacular art design, and all the civilizations were represented well by Ensemble.

It’s a little criminal that many people I knew those days didn’t touch the campaign mode at all, and to an extent I can understand, because it was pretty unremarkable. I could say that the campaign mode was pretty weak, which resulted in many players overlooking this marvelous game, whose strengths obviously lay somewhere else – the competitive online gameplay.

Yes, there were a lot of Korean players – and if you ever got in a game with them, then you know what to expect; that’s right – total destruction. They way they had memorized all the hotkeys was simply unbelievable. The online XP and ranking system was quite interesting with military type ranks, with the maximum being Field Marshall, again held by a Korean.

I wasn’t that skilled, but good enough to reach Lvl. 38 Brigadier, and could easily smoke players. I remember when the game was at its peak, the most preferred civilization was Spanish – mainly due to the fact that you could rush an enemy so fast before he even had any sort of units or proper defences. Rushing was one of the most common tactic employed, although once players became experienced, they could counter it easily. The abusing of these tactics in almost every game was common to see. 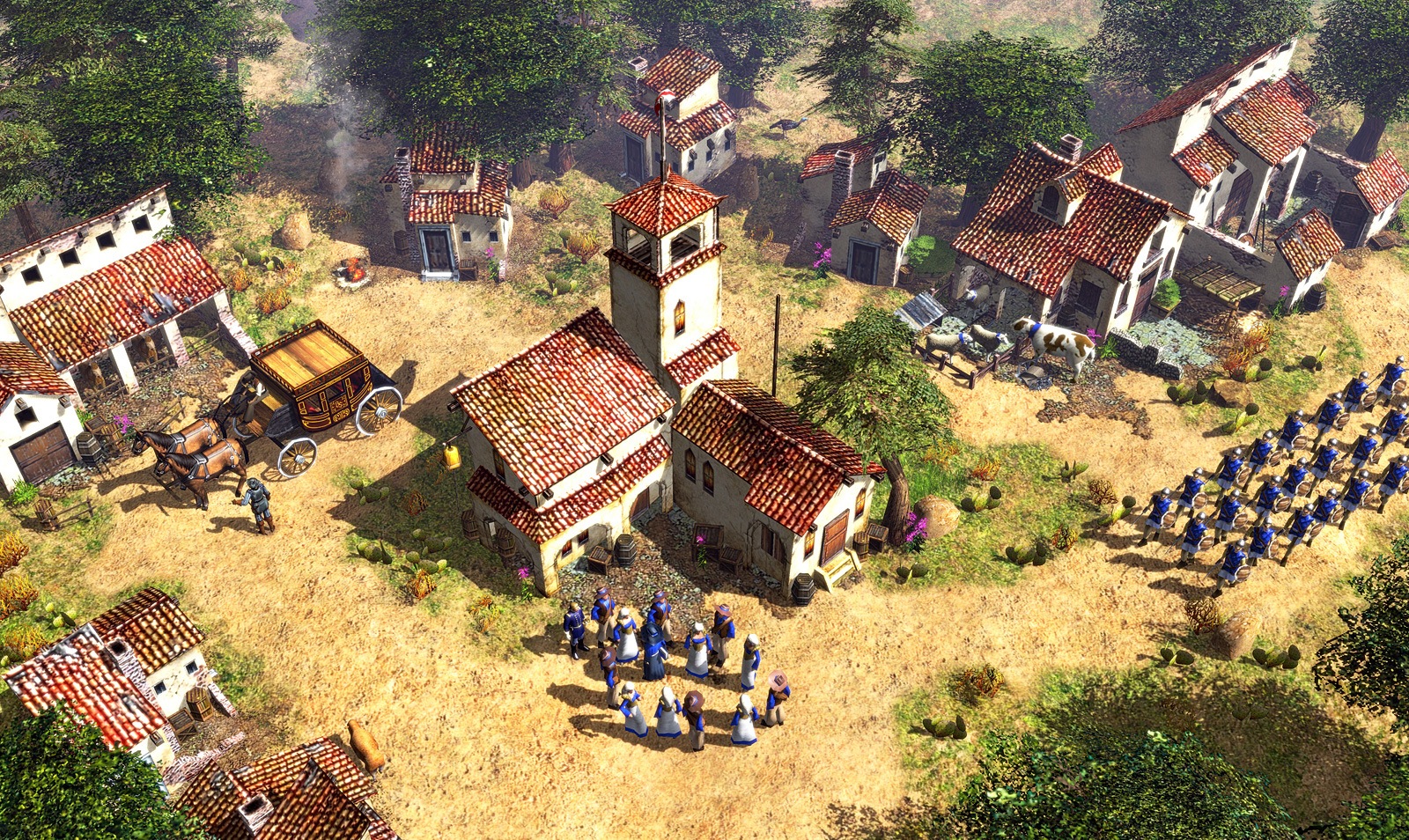 The campaign surprisingly gives you enough practice to be competent online, and the rank filter did a good job of finding rooms with similarly ranked players like you. Although, smurfing, which basically means a high level player using a low level account to do some “noob-bashing,” was inarguably one of the most vexatious things about the game, especially if you were on the receiving end of some and ended up screaming “laaaag,” or  “hax0r!”

AoE 3 did not have a challenging or memorable campaign like the previous games in the series, nor did it have a priest to convert units – which was a big shocker to me. I know, I know, it’s not the Roman era anymore, etc., but the priests were awesome.

While playing online recently via Steam, I noticed that the community had dwindled a lot, which reminds me of the days when there were a lot of players, and the chatrooms were bustling with activity. Most of the people I had added in 2007-08 were all offline, which brought a tear to my eye, considering all the good times we had.

The developer is no more, the community is dead, but one thing is for certain – this is one of the best competitive RTS games that I’ve ever played. Whenever I think back at the good times I had playing this game online, it makes me so nostalgic, and that, for me, is the true hallmark of a great game.