The Assassin’s Creed franchise has come a long way since its inception in 2007. Originally being developed as a game meant for the previous generation, Assassin’s Creed was supposed to be a PS3 exclusive, but Ubisoft soon changed their plans and made the series a multiplatform franchise. 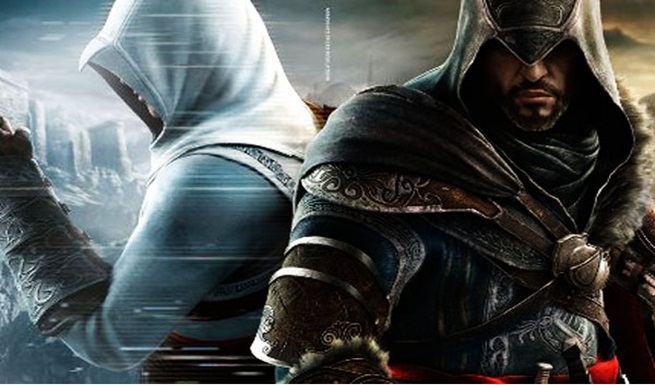 Little did they know that this little ambitious adventure would go on to sell more than they could have imagined, moving into double figures and even competing against authoritative names such as the likes of Call of Duty and FIFA (of course, these weren’t very “authoritative” back then, but that’s besides the point), even replacing the heavyweight Prince of Persia and Tom Clancy games as their flagship franchises.

For those of us who’ve stuck with the series since the days of Altair, we know how much the series has progressed, but with Assassin’s Creed 3, the final game in the series, releasing in less than a month, we thought this would be a good time to look back at what we began with, and where we’ve ended up.

The hype for Assassin’s Creed- the first one- was unbelievable. Ubisoft had impressed everyone unanimously with the footage and the details they had released on the game, and the stealth action adventure title was on the top of everyone’s to-buy lists. However, when it actually hit the stores, the reception to the game was somewhat less better off than what you would have expected at the time.

No, it wasn’t bad. It was lukewarm. Mixed. Assassin’s Creed 1 was disappointing in a lot of ways, and it did not deliver on the promise and the hype it had garnered in the build up to its launch. The game had a lot of potential, but like Peter Molyneux’s titles, a lot of it was squandered. 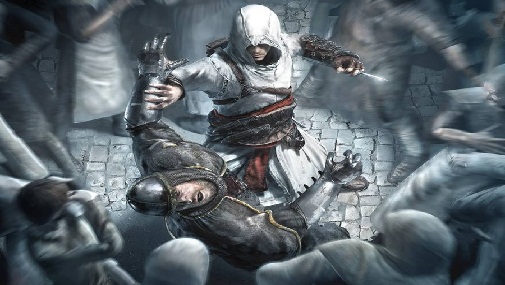 To think something so flawed yet wonderful could kick off such a massive franchise.

The biggest and most noticeable issue in Assassin’s Creed was the repetitive nature of the game. There was one specific pattern that the game followed over and over again, and there was not enough variety in mission structure, side quests or anything else to break the monotony. Fundamental stealth mechanics of the game were broken, and the A.I wasn’t up to scratch. Especially not in the combat sections. Your enemies just stood around, waiting for you to take them down one by one.

But the game had a lot of positive aspects as well. For one, it was addictive as hell. Secondly, it had the most living, believable world any free roaming game had had at that time, even competing with the likes of The Elder Scrolls and Grand Theft Auto. The Holy Land was 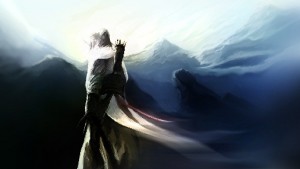 perfectly recreated, with citizens that actually felt like citizens, guards that actually felt like guards (well, not always), and an atmosphere that captured the tension of the Crusades perfectly. Not to mention that the visuals, at that time, and even today, were drop-dead amazing. Altair’s animations were fluid and graceful, and jumping across the rooftops of Jerusalem and Acre was the best feeling in the world.

Moving on, the story was deep, complex and engrossing, and definitely a source of intrigue for history- and more importantly, Crusade- fanatics. 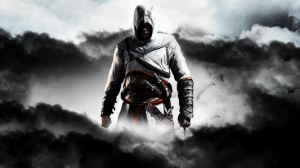 Taking a leaf out of Dan Brown’s books, Ubisoft mixed the stories of the order of the Hashashin (better known as Assassins), the Knights Templar, the Pieces of Eden and mixed them all together in a tale of political, fantasy, historical and science fiction overlays.

And of course, who could forget the ever so unbelievable, confusing and abrupt ending of the game? I, for one, had no idea what it meant until I played through the game a second time, which was right before the release of Assassin’s Creed 2.

Assassin’s Creed had a ton of potential, but much of it was wasted. Ubisoft hadn’t gone over their notes as thoroughly as they should have. If they were to create a new Prince of Persia, which Assassin’s Creed was pegged as by many, they would have to work harder. Much harder.

In Part 2 of our retrospective series, we look at what is regarded as the best game of of this generation by many- Assassin’s Creed 2- and how it improved upon its predecessor in almost every way possible. Stay tuned.