In a way, even though Uncharted: Drake’s Fortune didn’t reach the towering heights of its successor, I still consider it as the best Uncharted game. This isn’t a controversial opinion, and I’m not the only one who thinks this way. I guess, when a game makes such a good first impression, at a time where people’s standards weren’t that high, you can’t help but fondly look back on this gem of a game. 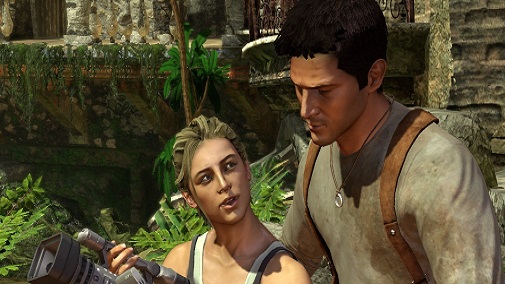 I still remember taking my fat PS3’s virginity with this game, and being transported into a world of high-definition gaming. It was exhilarating. Sure, I can nitpick this game into oblivion, but since this is a retrospective, I’ll mainly focus on the goodie goodie things! Argghh… bullet sponge enemies. Die already! Oh wait, I’m not supposed to… ah well.

Yes, that was an issue with this game, especially on higher difficulties. When you have this measly pistol, a random goon can take up to 10-15 bullets to vanish, only for his buddy to whack you from behind. *cue repetitive music*

The game introduced PS3’s most recognizable mascot – Nathan Drake. He is a legend now, apparently. All his games totaling up to 17 million copies sold worldwide, or shipped, etc. Of course, this is no mean feat; the series’ developer Naughty Dog, was also elevated to legendary status with the sequel to Drake’s Fortune, which is sitting pretty at 96 Metacritic, and is widely regarded as one of the best games ever created. 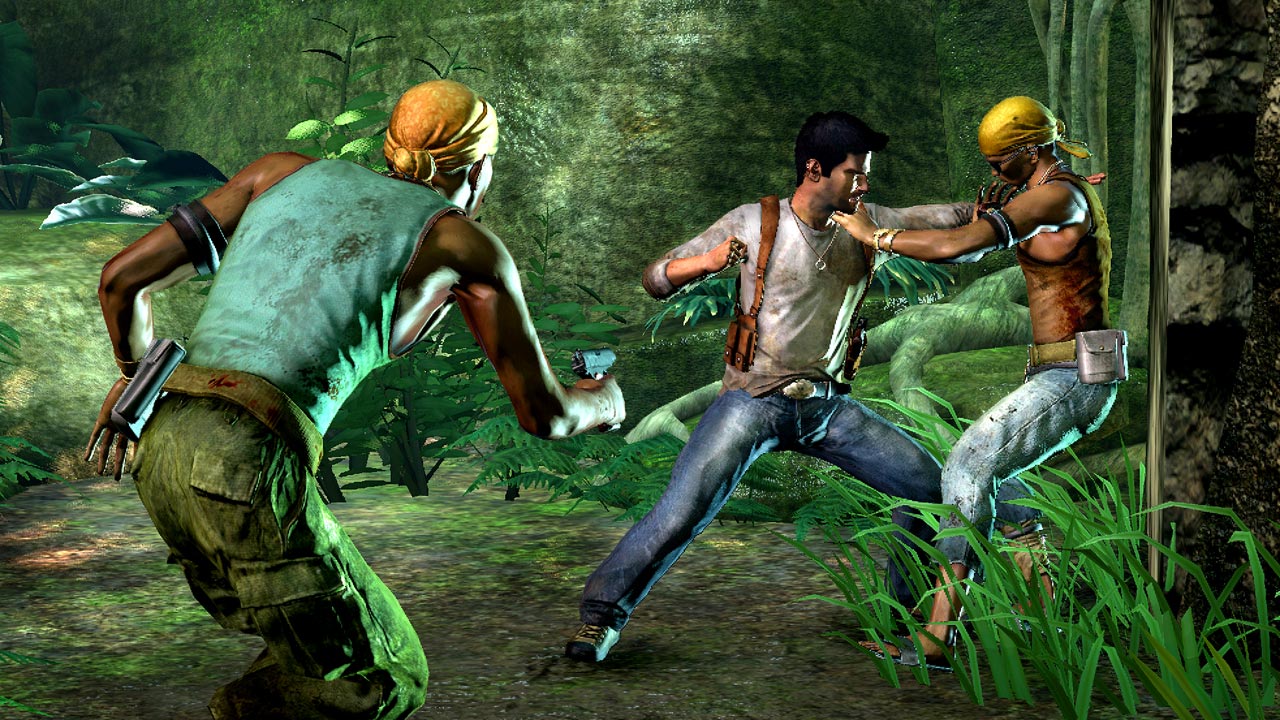 However, the foundation was clearly set with the first Uncharted; a game which was a unique blend of Tomb Raider and Gears of… Oh wait, Uncharted was in development first, or credit to whoever invented the cover system. It was certainly not an original concept, in fact, the only thing that stood out was the amount of polish and the way everything blended together with near perfect execution. No body knew this workman-like execution will be taken to another level in a few years.

Drake’s Fortune also introduced Drake’s leading lady, Elena. Cute, fragile and a capable woman, who can easily make you fall in love with her charms. It was a good cast, when you add in Sully, Drake’s mentor. All three of them had well defined personalities, and one of the main reasons why it was easy to like them so much. Extensive motion-capture with real life actors helped, too, in making these characters believable. The top-notch voice acting, and the constant banter between the characters in-game that wasn’t annoying at all, narrowed the gap between video games and cinema.

The game was imbued with Cinematic flair. People couldn’t believe that you could actually control the character on screen. “Wait, you can make him move?!” they wondered, staring curiously at a shining new HDTV running this game. Yes, I was there when Sony was showing off this game for the first time. Next-gen was truly here, I thought. It was fantastic. 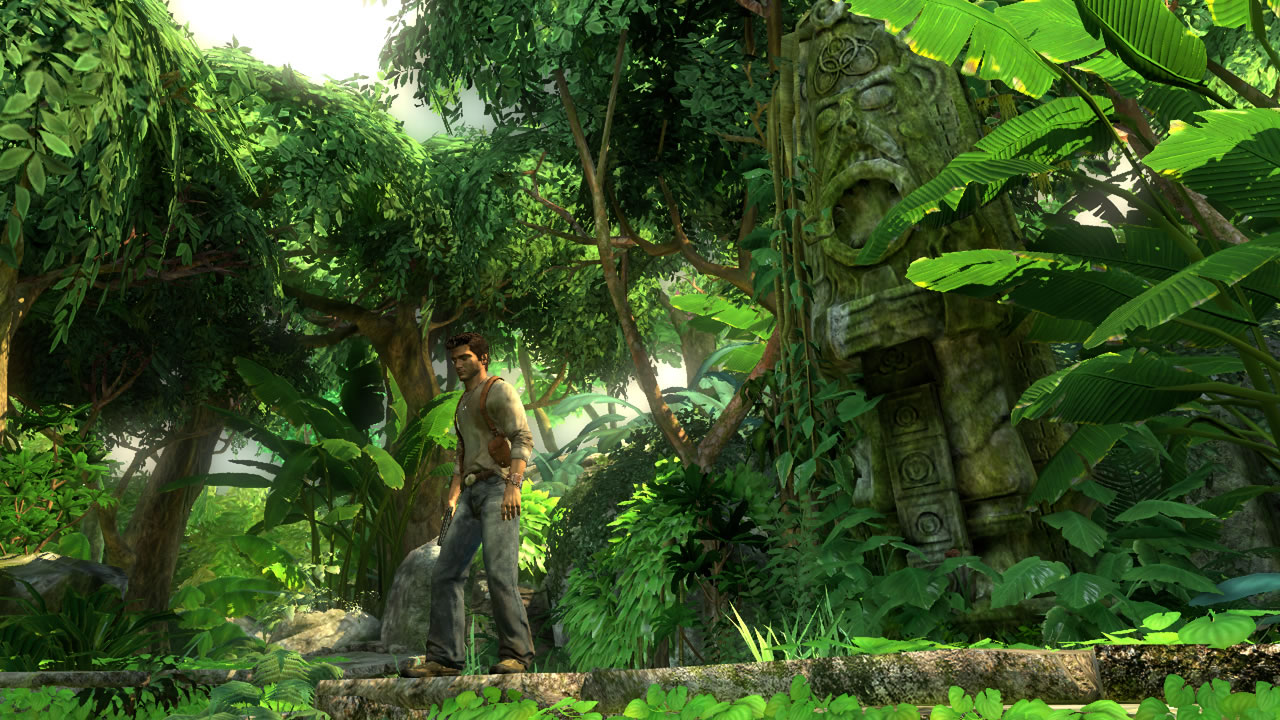 Visuals and presentation were obviously the high points of Drake’s Fortune. If you actually play it now, you will notice that the game has aged well, and will easily give a challenge to some of the games released 5 years after it came out. Let’s not talk about Uncharted 2 now, it’d be embarrassing, in a good way, of course.

Naughty Dog clearly didn’t put a lot of emphasis on platforming and, uh, puzzles. The latter is almost like an afterthought. I guess, that also made the game accessible, as some gamers simply don’t like the pacing to come to a standstill, and want cool things to happen faster. The combat, well, wasn’t that sophisticated, but you could almost sense an opportunity to cram in multiplayer with slight tweaks to the combat system, and that’s exactly what happened.

On a sidenote, the supernatural things that people disliked so much in Drake’s Fortune, was quite baffling to me. Over-reaction? – Certainly. It actually made my heart race when the first time I saw those creatures, and like Drake, voiced by Nolan North, I too went, “Hoooly shiiit”. It was such a defining moment of the game. 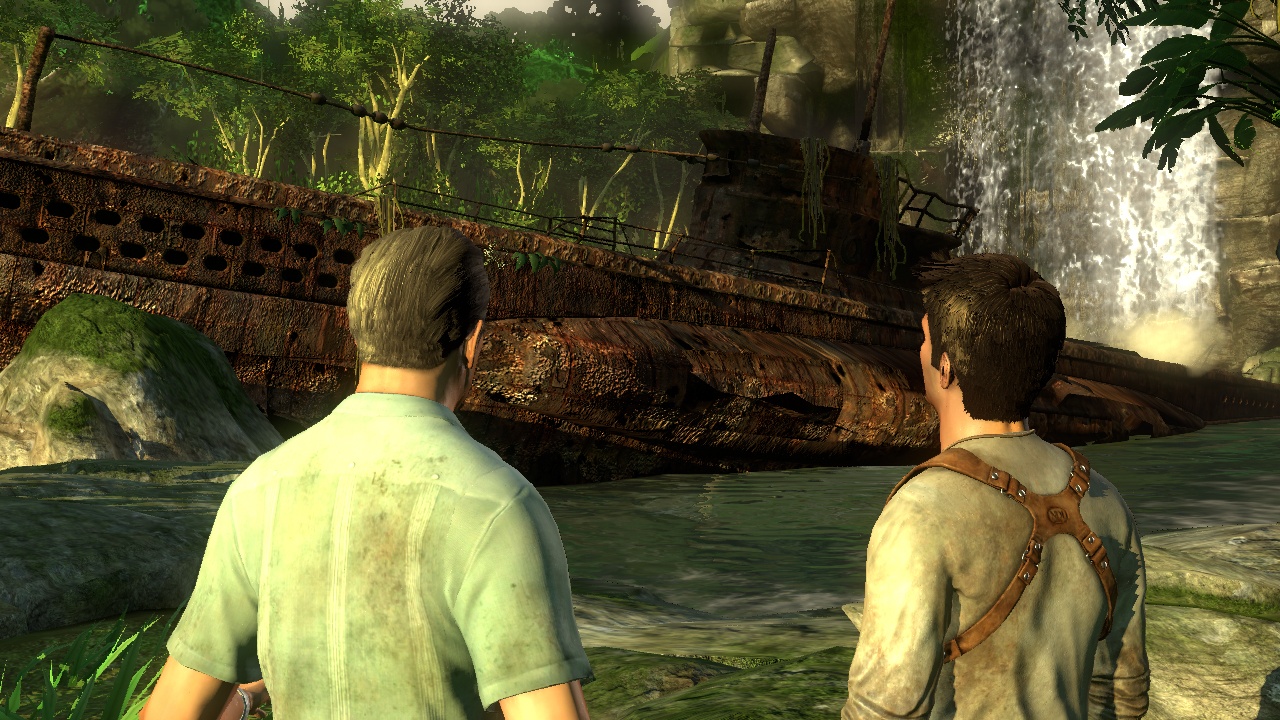 It was a short yet memorable adventure, lasting 7 odd hours. What made it the best Uncharted game for me was the circumstances surrounding its release. Here we had a machine that was expensive; people thought it was a super-computer; and every game was scrutinized. This game, however, made a mark in those dark times for Sony and its embattled machine. Welcome to the dark side indeed.