The Last of Us Part 1 brings a slew of graphical changes and updates over the original, and we take a deep dive comparison between the two with this feature.

The comparison highlights improvements made to the facial animation, textures, hair and much more over the 2013 classic.

The long-rumoured remake has finally been announced- here's what you should know about it.

The Last of Us Part 1 Feels Like a Cashgrab

The Last of Us Standalone Multiplayer Title is “Very, Very Live Service-y” – Rumor

Giant Bomb's Jeff Grubb claims that Naughty Dog is "building all the services" and making it "bigger and bigger and more ambitious."

The remastered duology has received a classification rating in South Korea, suggesting that its PC release could finally be coming soon.

The Last of Us Part 2 Director Has a New Project in Development, “Too Early to Talk About It”

"Maybe if someone in PlayStation wants to leak it then we could talk about it now. Otherwise, we’ll save it,” says Naughty Dog's Neil Druckmann. 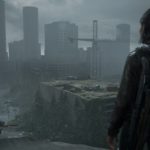 The Last of Us Part 2 Has Sold 10 Million Units

The 2020 action-adventure sequel has sold 10 million units worldwide as of this Spring, Sony and Naughty Dog have announced.

Naughty Dog's Neil Druckmann promises a big and ambitious project with its own story. More details will arrive in 2023.

The Last of Us Part 1 Officially Announced, Ground-up Remake Launches This September

The ground-up remake will feature enhanced combat, animations, exploration, and more, along with improved visuals.

The Last of Us Part 1 Leaked by PlayStation Direct, Out on September 2nd for PS5

Also in development for PC, the remake promises a "total overhaul of the original experience" with modernized gameplay, improved controls and more.

The Last of Us Remake to Launch in September, Simultaneously for PlayStation and PC – Rumour

A leaker with an interesting recent track record seems to be suggesting that the rumoured remake of The Last of Us is due out in September.

More evidence has been uncovered that seems to point to the existence of the long-rumoured PS5 remake of The Last of Us.

Uncharted: Legacy of Thieves Collection Releases on June 20th for PC, as per Epic Games Store

This is according to an article on the storefront about the biggest upcoming PC games of 2022. The remastered collection is currently available for PS5. 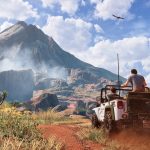 A recent leak on SteamDB seems to have spilled the beans for several upcoming PC release dates, including Uncharted: Legacy of Thieves Collection.