Reverb apologizes for tasteless PR stunt regarding lives of Kittens 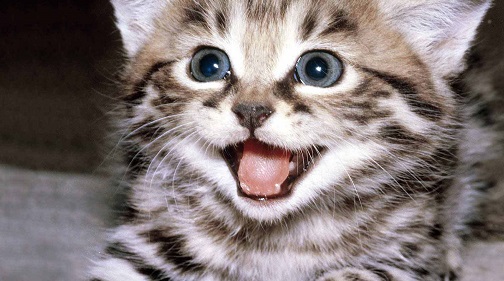 When you threaten a bunch of Kittens, it usually means war on the Internet. That’s what happened here when Reverb – a PR agency – said in a press release that they would donate $5000 to Humane Society if their promoted game Edge of Space was greenlighted on Steam.

This process is usually known as Guilt voting which is pretty bad in itself, but I think they weren’t serious about the whole thing in the first place. But as you know, Internet will be Internet. And you don’t threaten Kittens on the Internet.

“Earlier today, we issued a ‘call to arms’ press release to garner support for a game that we’re publishing, Edge of Space. It’s a game that we’re really excited about and we took a non-traditional approach to garner attention for it as well as creating a chance to donate money to a good cause, but it seems as though our release was taken the wrong way by some people,” Reverb’s official response read. (Via Eurogamer)

“Even before the promotion was approved Reverb had decided to make a donation of $5,000 to the Humane Society today, this was just a fun way of drumming up some attention for the game. The release was meant to grab attention and call readers to action, but we regret if we made anyone uncomfortable or angry with its content. Millions of stray cats enter shelters each year, with the yearly cost of humane shelters resting in the billions. Our wording may have been muddled, but our intentions are good.”

“I challenge anyone else on this board to make a donation to the Humane Society, I committed $5000, and we requested a vote of YES for the game. If anyone did their homework you would know we have made a variety of donations to animal organizations. if you don’t want to vote for the game I fully respect that, if times are tough and money us tight a “yes” vote would be greatly appreciated, provided the company continues to do well, we will continue to fund and support a number of animal organizations, either way its a win – win for the kitties. (Lastly, does anyone really think that that we were not going to make the $5000 donation, come on folks, seriously? I’ve been in the industry for 20 years, I remember when it was fun, lighten up a bit and appreciate the fact that a great organization like the Humane Society is getting a ton of attention and a nice contribution).”

It’s quite hilarious. Also a big misunderstanding, so props to Reverb for donating a meaty amount.