I love the smell of napalm in the morning…smells like burned noobs.

Rising Storm 2: Vietnam is a game made for the enthusiast crowd, and really nobody else. Tactical shooters have become more and more niche for many years now, having a lot to do with the fact that more arcade style shooters are just far more friendly to the player. The situation is unfortunate for fans who are basically stuck with ARMA, but from the perspective of someone completely new to the genre, it’s not inviting at all.

Forgoing all those crutches that games like Call of Duty or Overwatch have like a good pace or a little slack with bullets, Rising Storm goes for a far more realistic approach that borrows a lot from tactical shooters of old like Ghost Recon and ARMA, lending itself to requiring teamwork and communication to make much progress at all. 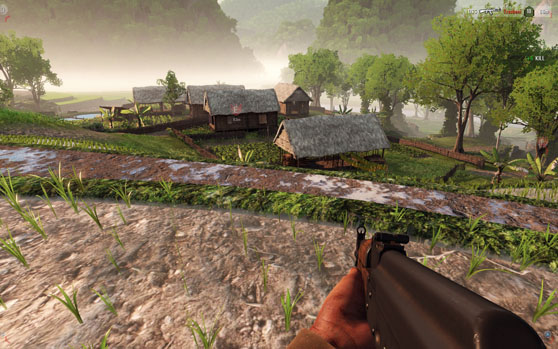 "You’re not going to easily land a 360-no-scope from across the map like this is some kind of Halo game,"

Against most of the genre however, the controls are largely pretty intuitive and easy to adapt to from more market friendly shooters. Of course there are additional layers to it like switching between semi-auto and auto on certain rifles, over or underhand throwing grenades, but they all make intuitive sense on the keyboard and don’t send you across the keys for critical commands.

You’ll need to become very comfortable with those commands too, as the game really doesn’t mess around with its simulative vision. You’re not going to easily land a 360-no-scope from across the map like this is some kind of Halo game, and hitting enemy unit from a distance will require you take things like bullet drop and wind into account. Recoil is a factor too, especially with automatic firing sending the gun kicking all over. Of course, they’re going to fire back at you too, and the sudden threat to your life can “suppress” you and make firing back even harder as the world around you blurs.

To describe the learning curve to Rising Storm 2 as a brick wall is an understatement. It’s far more accurate to liken it to a cult. This game will push you as far as you’ll go, and you’ll either drink the kool-aid and become sucked into the uncompromised vision or be turned far away. I had to peak back into the menus many times to make subtle adjustments or just figure out exactly how to do some of the more esoteric things the game allows. Those who weened themselves on more lenient shooters will find a barrier of entry to deal with that really limits the appeal. 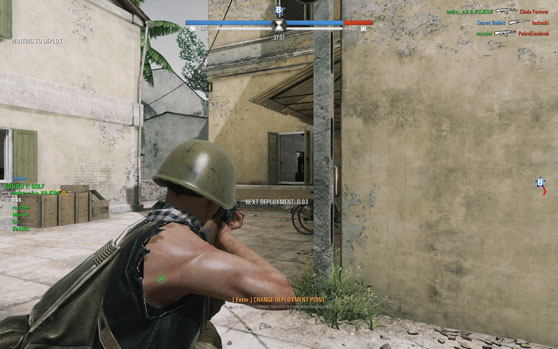 "A boot camp or single player of any kind to dip players in gently would not go amiss, but the tutorial sections consist of empty maps and Youtube videos."

I’ll be blunt, this is not a game that really deserves to be looked at through the lens of an outsider. But such an angle is the one I can offer, and I do feel that it’s of value if the genre ever wanted to grow. A boot camp or single player of any kind to dip players in gently would not go amiss, but the tutorial sections consist of empty maps and Youtube videos.

I do respect the attention to detail and commitment to what Rising Storm wants to be. The game has a very unique pace and community because of it. The chaos of a mainstream FPS with screaming 13 year olds is completely contrasted by a focused band of brothers inching towards an objective through the jungle, sweeping for threats and communicating with each other to work together. The differing class roles each player can fill only encourage this level of teamwork you wouldn’t see on anything less demanding. Special roles like the Commander further cement as well the idea that you need to plan first and shoot second.

Further the sense of being on a battlefield is second to none, and a lot of that is completely thanks to the flow of the game and the audio design. Shots become muffled and your vision blurred after barely being grazed by enemy fire, a bombardment sends shockwaves through the immediate area and through the smoke you can’t see anything. Unfortunately, the visual fidelity did lose a little bit of that immersion, with flat textures on foliage and pop in all over the place as I played. 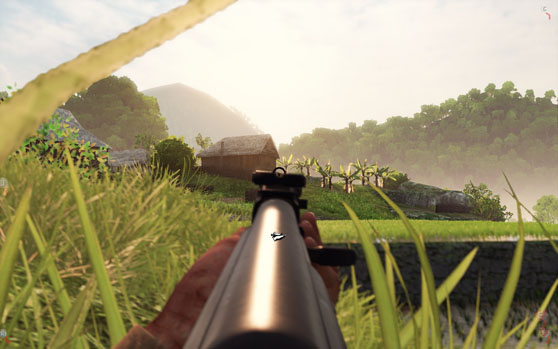 "The chaos of a mainstream FPS with screaming 13 year olds is completely contrasted by a focused band of brothers inching towards an objective through the jungle."

At least the maps are really well put together from a design perspective. Maps offer huge and expansive landscapes that feel quite real, but most importantly offer tons of options for all kinds of play styles, such as thick jungle to hide in, villages to capture and sniper nests to overlook and support from. The few maps it has don’t feel limiting because of how measured the pace of the game is and the options available to you and your foes to keep things interesting.

I don’t think this game was designed for someone who is not familiar with the series. It demands a lot to get over the hump and start to enjoy it. However, some strange graphical hiccups aside, I can respect the game for the uncompromising vision in what it wants to do, design to accommodate that play and great sound design to take you to the battlefield. You probably know if Rising Storm 2 is for you already, but if you want to scale that mountain you’ll find a very rewarding game.

Uncompromising vision of simulation war, with weapons that feel great with a real heft and sound design brings you onto the war torn battlefields.

That vision is a real pain to get a handle on, resulting in a massive learning curve that’s going to scare most new players away long before it becomes fun or rewarding. Graphical pop in harms otherwise fantastic immersion. Really nothing besides willpower to get players past the hurdle.

Final Verdict:
FAIR
Rising Storm 2: Vietnam may not be a game for everyone but I can see how deep an enthusiast could dig into the foxhole if they can survive the brutal bombardment that is the learning curve. Tie up your boots and give the game 20, 30, even 40 hours, and perhaps you’ll graduate and have a very rewarding time.
A copy of this game was provided by Developer/Publisher/Distributor/PR Agency for review purposes. Click here to know more about our Reviews Policy.