The action RPG's expansion launches in a few days, and shares a few snippets of gameplay and story details in its newest trailer.

Maneater: Truth Quest will take players to a brand new super-secret island to wreak all the havoc that you'd expect to wreak as a shark- and then some. 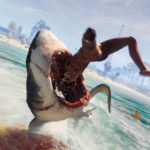 Helicopters and laser sharks, oh my. 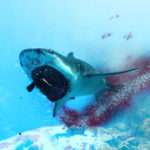 Maneater Finally Releases for Switch on May 25

The action RPG is finally swimming onto the Nintendo Switch. Abzu And Rising Storm 2: Vietnam Are Free This Week On Epic Games Store

A calm exploration game and a multiplayer shooter define the week. 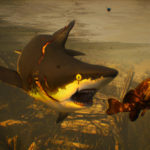 Trophies, stats, and saves will not transfer across generations.

The next-gen enhancements will be coming to the game's PC version next year. Maneater takes the GTA formula and takes it out of the box and quite literally into the water.

It's time to get a-chompin'.

Maneater – 14 Things You Need To Know

The ultimate (and perhaps the only) SharkPG. Maneater Wiki – Everything You Need To Know About The Game

Everything you need to know about Maneater.