The action RPG's expansion launches in a few days, and shares a few snippets of gameplay and story details in its newest trailer. 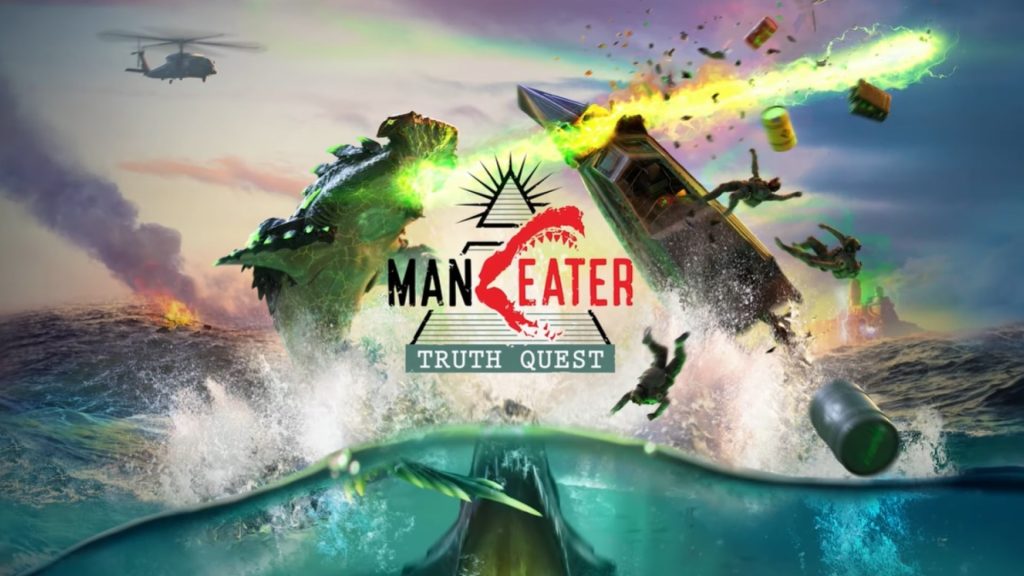 Maneater was a big fan favourite upon its launch last year, and given the fact that it’s an open world action RPG that lets you play and unleash chaos as a shark, it’s not hard to understand why it was so popular. Soon, fans of the game will have even more content to dive into with the upcoming Truth Quest DLC, and ahead of its imminent launch, we have another new look at it.

At Future Games Show Gamescom 2021, Tripwire Interactive shared another new trailer, mostly setting the stage for the story of the DLC- and it involves a lot of conspiracy theories about aliens, mysteries, dark secrets begging to be uncovered, and more. It definitely sounds interesting. Meanwhile, there’s a couple of very brief gameplay snippets in there as well. Check out the trailer below.

Maneater: Truth Quest will launch for PS5, Xbox Series X/S, PS4, Xbox One, and PC- a Nintendo Switch version of the DLC hasn’t yet been confirmed.