Roboquest will launch on Xbox One, Xbox Series X|S, and PC. It is also coming to Xbox Game Pass at launch and will support cross-platform play. 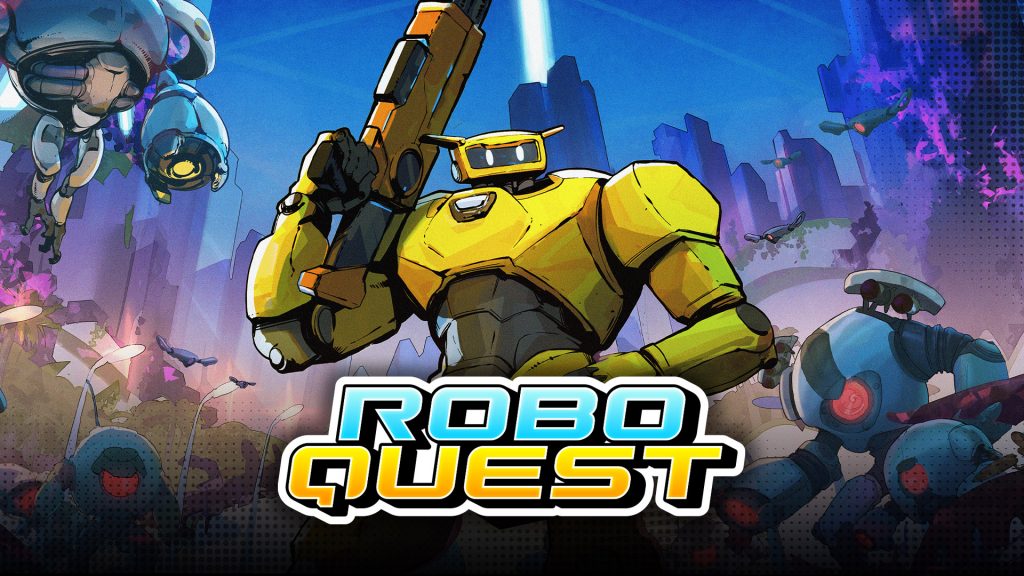 Developer RyseUp Studios has announced Roboquest, a fast-paced first-person shooter roguelite, today. The game is scheduled to release on Xbox Series X|S, Xbox One, and PC. It will launch on the Xbox Game Preview Program in 2021. The full release will come to Xbox Game Pass at launch and will support cross-platform co-op play.

According to the developer, Roboquest “places an emphasis on inventive gunplay action and precise movements.” The game sports a cell-shaded graphic style reminiscent of comic books, as well as a single-player and co-op campaign. RyseUp decided that they would be using an open development process early in the game so they could gather player input and feedback and use it to iterate on concepts that are once again presented by the fanbase.

The game takes place in the year 2700. Climate change and war have decimated the planet. The scattered remnants of humanity eke out a desperate existence in the deserts. A young scavenger named Max finds an old Guardian robot that she activates, which ends up kickstarting the game’s main story.

With over 50 weapons to collect and tons of abilities and customizations to unlock, Roboquest looks like it is shaping up to be a good time.