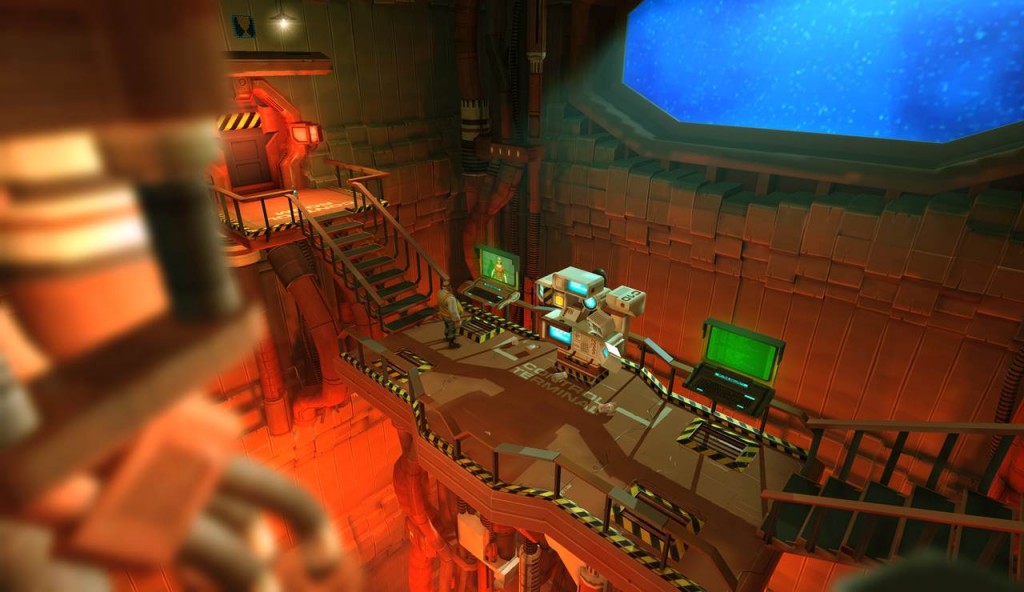 There’s something about these 2D side scrolling platformers that makes me really enjoy them a lot, and it’s the same case with Rochard. Think of Shadow Complex set in space and you get Rochard. I really like the way the game looks, especially with all the unique gameplay mechanics that game features. One thing is for sure, it is a very pretty game. It’s a well-made PSN exclusive that features some high production values. So what’s the big deal about the game? A lot, actually.

You play as John Rochard, a chubby, overweight miner, who is having a tough time when it comes to his career. But that all changes, when he discovers a rich asteroid to mine and as usual things go wrong. And from there starts the journey of John Rochard, as you will encounter some pretty thoughtful puzzles featuring gravity manipulation and also has some cool toys to play with, like a gun that can manipulate objects. It will be your main tool in this game and it is damn awesome to boot. It isn’t that revolutionary, as there have been games that do the same things as Rochard but the execution here is quite good. 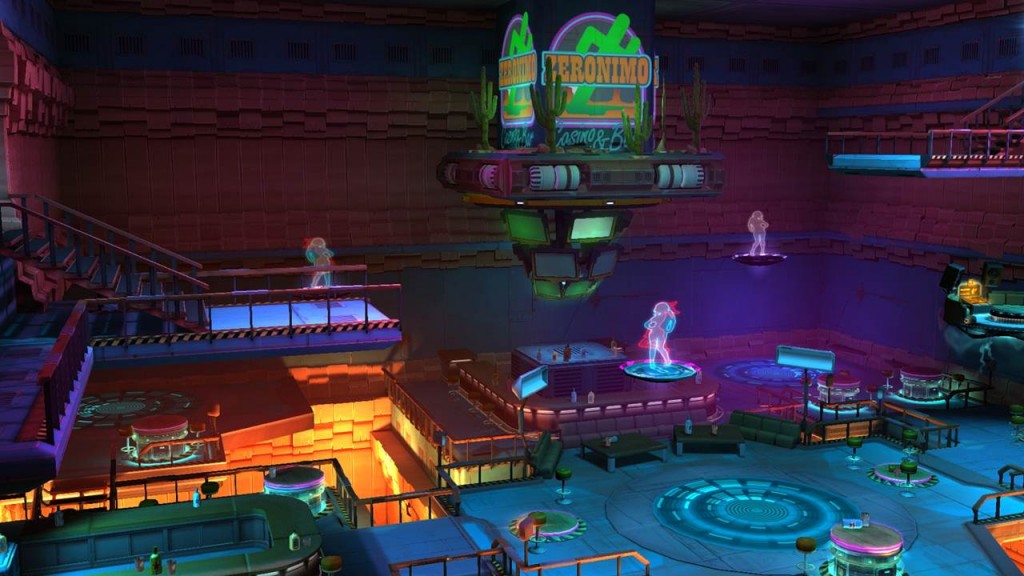 Some of the combat sequences feel really intense as this game is no slouch when it comes to difficulty. It reminds me of Bionic Commando: Rearmed 2 where I had to slightly struggle with the controls to pull off perfect moves. But you’ll get used to it. Although, it has to be said, those low gravity jumps are really a pleasure to pull off and gives you a lot of thinking time as to what to do next, when you’re stuck in tight spot. You can sometimes mistime a jump, as I encountered a lot of scenarios where that happened.

It features basically two components – puzzles and combat. Puzzles are really clever and sometimes require you to do a lot of things to get past a section. Sometimes using even the objects like crates for making a high jump or manipulating a lot of objects in general with your special gun. It’s quite challenging and I like that. Combat can be tough, as I mentioned above, but the learning curve isn’t that high. If you play a lot of 2d side scrollers such as these, it will be a breeze.  Rochard is a dull character but you won’t mind that a lot as the overall sound design especially when you kill enemies, fire your gun or just do random things is beautifully done, and is very vital for the immersion factor. 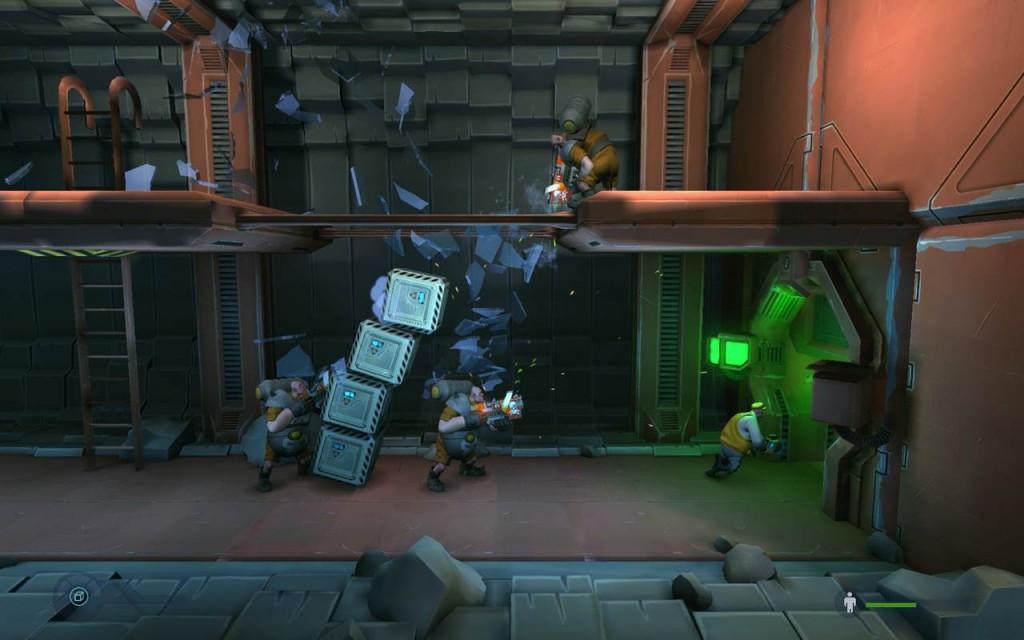 The game’s colour palette really spruces up the visuals, and combined with good looking effects like smoke, then entire image projected on your screen is a treat to look at. The main thing that stands out is the lighting. Almost, everything you do in this game from combat to using the gun will display some phenomenal lighting, and it’s not overdone as well. It looks just right. The voice acting, especially Rochard’s character will bring a smile to your face as it is really suited to the character’s physique. All the supporting cast is voiced really well, and while the overall plot of the game isn’t that Oscar worthy, it will still keep you interested in the game.

There are a lot of collectibles here as you would expect which gives you certain upgrades, but also requires you to backtrack. I’m generally not a fan of collectibles, but I can see why people like it. It also increases the replayability of the game along with multiple playthroughs, so for a downloadable game which is nicely priced, I see no reason why you shouldn’t get it. If PS3 owners are looking for their Shadow Complex equivalent, then this is a game that they need to buy. The game is a complete value for money, filled with interesting puzzles and is a lot of fun to play.

Final Verdict:
SUPERB
If PS3 owners are looking for their Shadow Complex equivalent, then this is a game that they need to buy. The game is a complete value for money, filled with interesting puzzles and is a lot of fun to play.
A copy of this game was provided by Developer/Publisher/Distributor/PR Agency for review purposes. Click here to know more about our Reviews Policy.