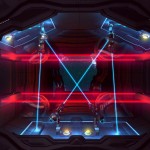 [HTML1] Rochard has been launched on the Mac App Store, offering a 70% discount, for just $2.99! If you are not sure if your machine will be able to run the Mac version of Rochard, these are the M... Read More

There’s something about these 2D side scrolling platformers that makes me really enjoy them a lot, and it’s the same case with Rochard. Think of Shadow Complex set in space and you get Rochard. ... Read More 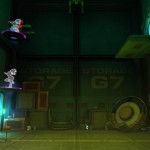 Check out these new screenshots from Rochard .This game is published by Sony Online Entertainment and is expected to be released by this November on PS3, PSP and PC. Rochard features a modest hero,... Read More 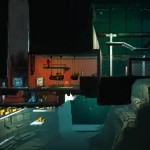 Rochard will be available on the PC on November 15th

Rochard was released on the PS3 and Xbox 360 in September, and now the PC version release date has been announced. It is set to release on November 15th on the PC. The game has been received well by... Read More

[HTML1] Recoil Games have released a new video which gives some great insight into how Recoil created and perfected the game’s physics engine. For more on Rochard, please click here. Let us k... Read More 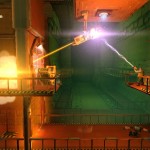 Rochard Gets An Exciting Launch Trailer

[HTML1] Check out this launch trailer for Rochard. The game came out yesterday in the US and today in the UK. “Rochard rocks the indie scene with a witty storyline and unique gravity-bending act... Read More

Rochard hitting PSN September 27th in US and 28th in EU

Sony have  announced at GamesCon the release date of Rochard on PSN. The game releases on: September 27 in the US (price $9.99 USD) September 28 in Europe (price 9.99€) You can check o... Read More

A while ago we had reported on an upcoming PlayStation Network exclusive: Rochard. Today we bring you an exclusive interview with the team behind the game: Recoil Games. We spoke with Tommaso De Be... Read More

[drop-cap]R[/drop-cap]ecoil games were kind enough to send us a good bunch of screens for their upcoming PSN game: Rochard. And in my opinion it looks pretty awesome. Rochard will being publishe... Read More

Recoil Games have announced a new PS3 exclusive today. Known as Rochard, the game is a side-scrolling platformer which will be releasing exclusively on PSN. The game will put you in the shoes ... Read More