A while ago we had reported on an upcoming PlayStation Network exclusive: Rochard. Today we bring you an exclusive interview with the team behind the game: Recoil Games. 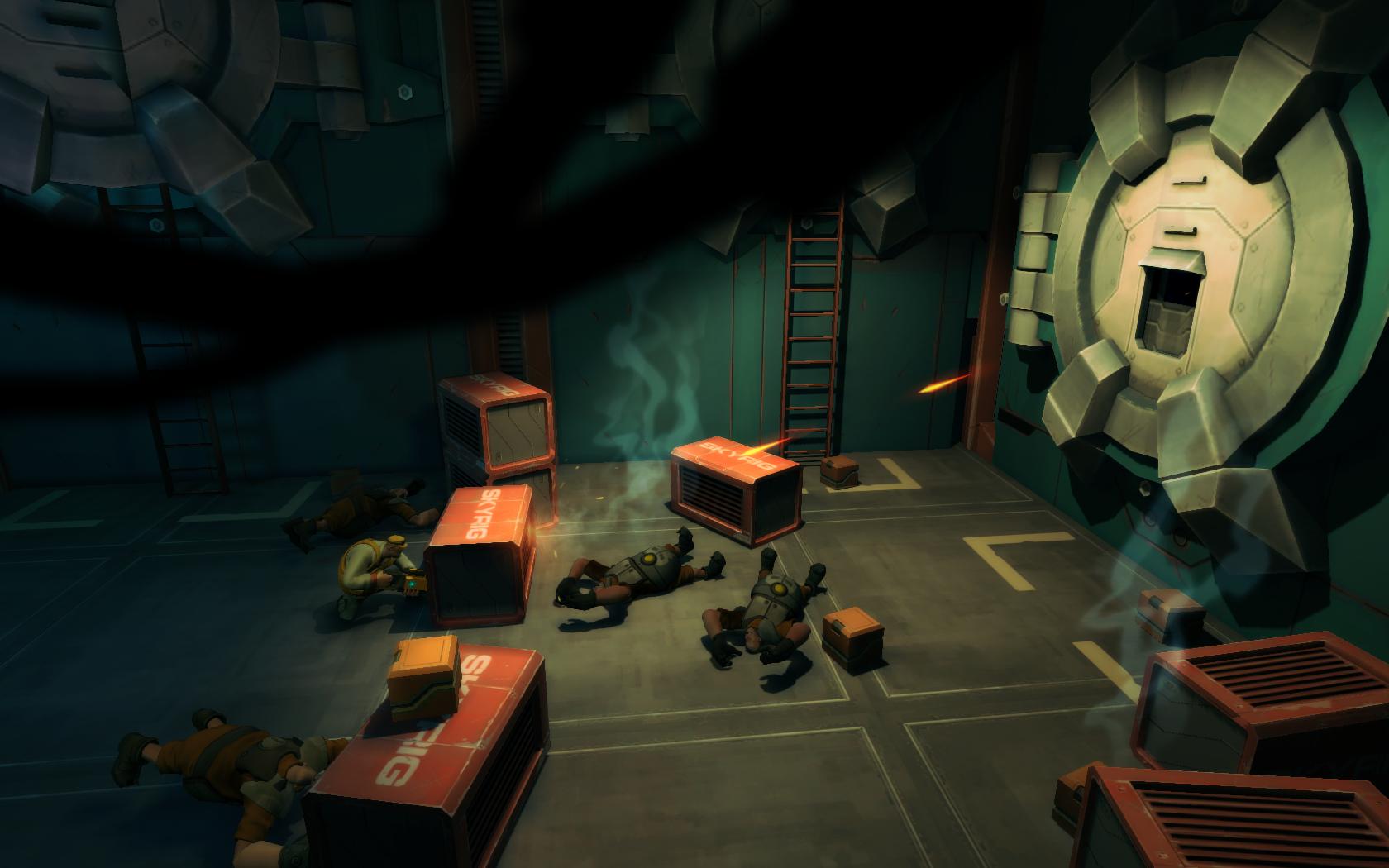 GB: So first, for our readers who might not know, what is Rochard about?

Recoil Games: Rochard is a scifi sidescrolling platformer. The gameplay focuses on manipulating both gravity and environment with the help of a couple of cool devices. John Rochard, our astro-mining protagonist, can for example alter Earth-like gravity to modify weights and trajectories, or grab and throw objects with the G-Lifter, his beloved handheld gravity tool. He uses a variety of everyday-mining tools to clear a path through the environment and when things get hot, he can also modify the G-Lifter to shoot his enemies or throw explosives at them. But he is no space marine: his job consists in extracting a mineral called Turbinium from asteroids. The company he works for is called Skyrig: unfortunately he has been unlucky with the extractions for almost 4 years in a row, and he’s currently the leader of the worst team in the universe…Needless to say, his boss is not very happy about it.

The tone of the game is lighthearted, but we tried to pack it as much as possible with action. The game features explosions, space bandits, ancient legends and some good plot twist. Also, the soundtrack is composed and performed by Markus “Captain” Kaarlonen from Poets of the Fall. The band itself plays the piece you can hear in the trailer. We know POTF have really passionate fans, and Rochard’s music will definitely please them. Expect something ’80s-oriented and quite southern-sounding though!

GB: From what we’ve seen of this game, it looks like Dead Space meets classic Metroid, starring Mario in the lead. Was it a conscious idea to pay a sort of homage to those games?

Recoil Games: Some of the comparisons are fair, but other similarities weren’t deliberate. For example somebody spoke about John as a mix between Mario and Isaac Clarke, but we didn’t do it on purpose. It just happened. Of course, it doesn’t bother us at all, but we think players will be a bit surprised by John’s personality. He used to be a reckless hot shot, but after a disastrous accident that costed his previous team’s life, he became a different man. We tried to come up with a hero that is not the usual stereotype and we hope the stellar vocal performance of Jon St. John conveyed that in all the right ways.

About Metroid: at Recoil we are all gamers, and of course we hold the classics close to our heart, like most gamers. Some game design lessons from the past are hard not to take into account even when doing something new, so yes, you can say we have been inspired by the classics. You always gotta respect what came before! 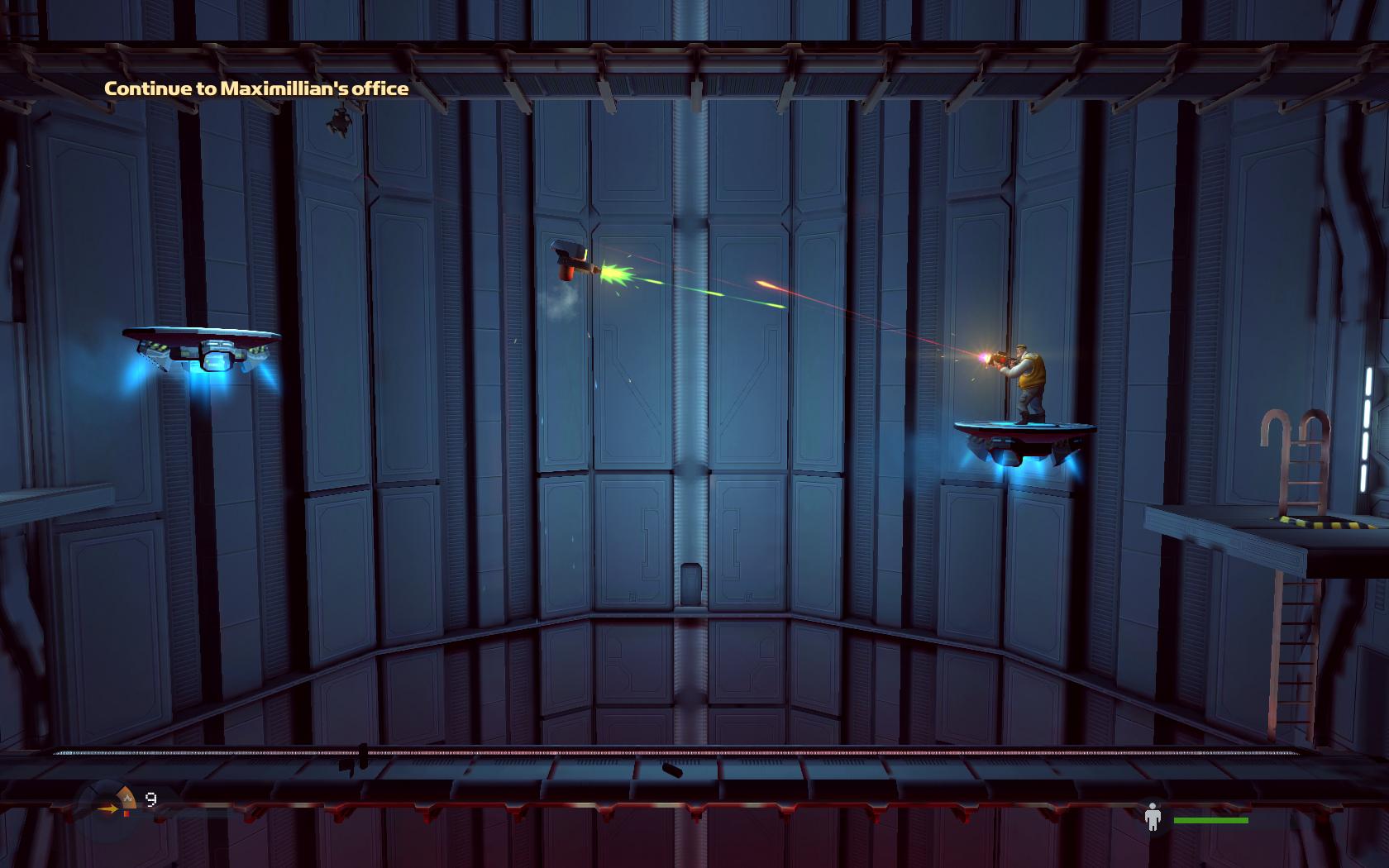 GB: How has working with Sony been? What kind of support have you gotten?

Recoil Games: Because the game is based on quite unique mechanics like the gravity control we got pretty free hands with the content and creative side of the game. The most valuable support from SOE was definitely their QA. The guys back there are just awesome. Not only as QA personnel but also as gamers. I’ve got videos to back my words. 🙂

GB: How would you evaluate your experience with the PS3 and with PSN?

Recoil Games: The console itself is great to work with. About PSN…so far so good, but of course we will have to wait for the release of the game to pop the champagne. We are confident that Sony has done a good job after the security problems earlier this year.

GB: Can you please tell us a bit about the gameplay? How different it will be from other similar games available on the PSN and XBL?

Recoil Games: We dare to say “quite different”. Later in the game players will be able to shoot, but the game is very much puzzle-centric. Each room is a different challenge. Sometime you can overcome it just with a vulgar display of power, but most of the times using your brain is the best weapon. It’s also often the most rewarding way to deal with the enemies. There’s also good replay value there, meaning that each puzzle can be solved in a multitude of ways making use of the different weapons and environmental tools available to John. We think Rochard stands to platformers as Portal stands for the FPS genre. It looks like one but it plays different.

GB: Recently some screens were released for Rochard. And I observed there were a lot of boxes scattered here and there, which led me to believe that there might be some rag doll physics involved. If yes how will it affect gameplay or make it better?

Recoil Games: Absolutely. We can proudly state that Rochard is the first Unity-powered PS3 game. Using the Unity engine allowed us to implement realistic physic both in the way characters interact with the environment and the way objects behave. When you couple this with the G-Lifter and the possibility to alter gravity, you get a better picture of what are the tricks up John’s sleeve. 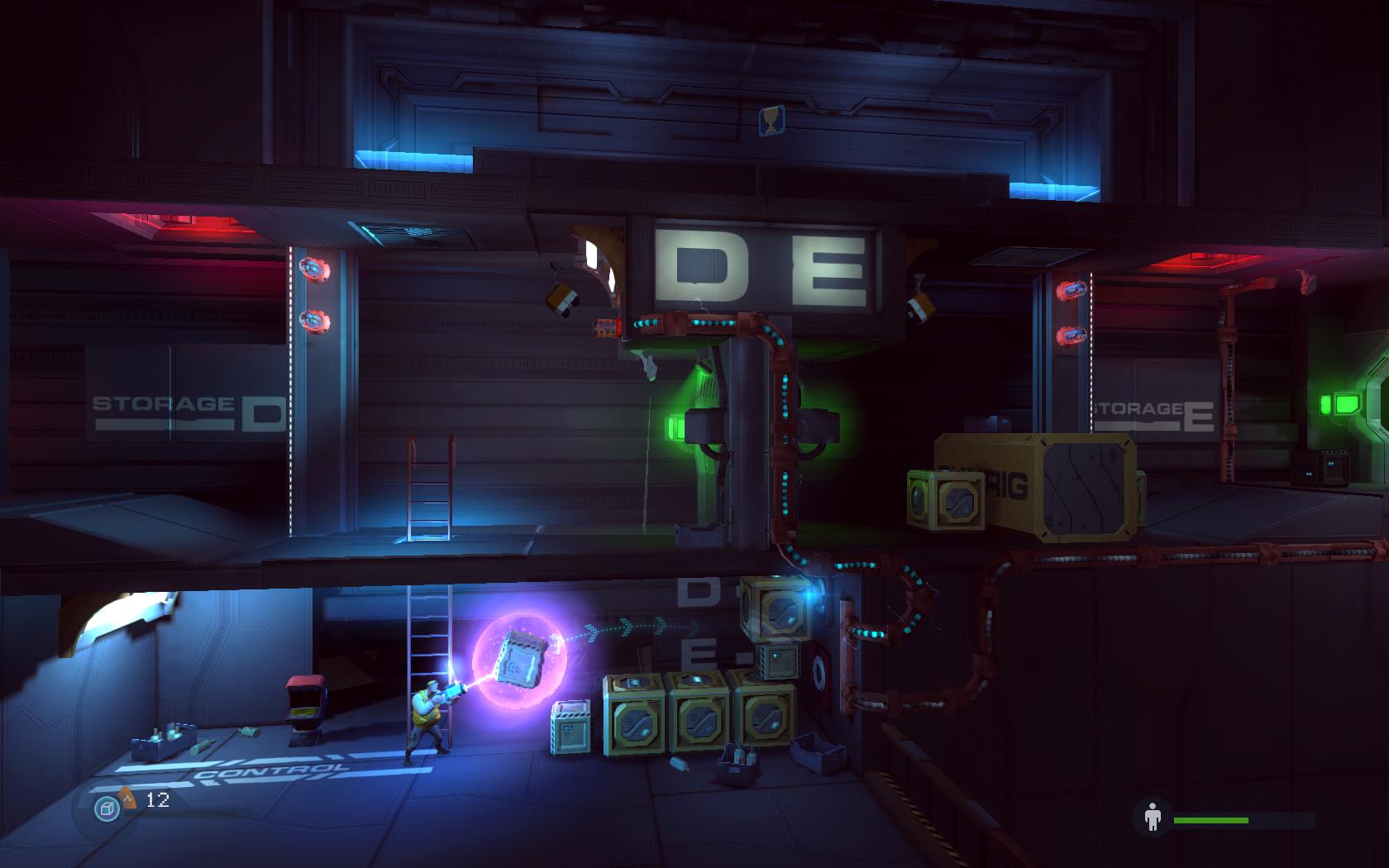 GB: Any plans to bring Rochard on Steam or Xbox Live?

Recoil Games: There are big plans for Rochard, that I can say.

GB: After Rochard is done, what’s next for you?

Recoil Games:  Rochard is a really good IP, and there’s plenty of room to work in the same universe. So, if the game performs as we hope…(you can figure out the rest ^__^)

Recoil Games:  Rochard is a gamer’s game, with a style that can appeal both to Pixar-lovers and seasoned players (for example, it’s packed with references from the ’80s!). We poured our heart in it, and we know is good value for your money. Give it a chance!