Cosmetic mods, at the very least, are not a bannable offense. 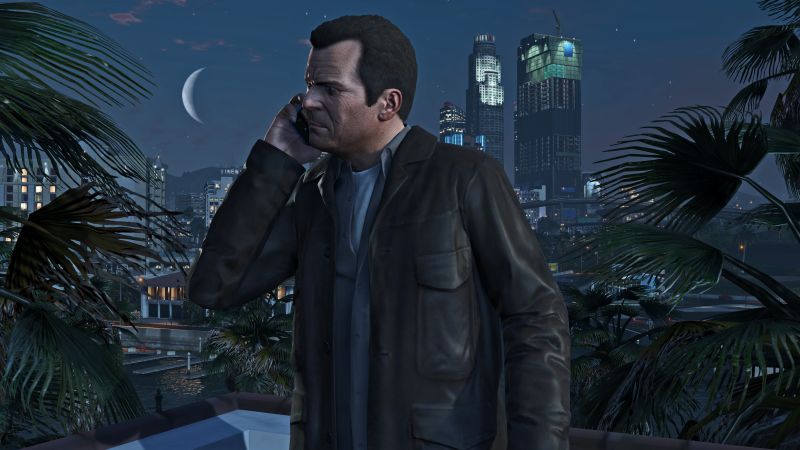 Rockstar has been running foul of a very passionate subsect of the PC gaming community lately, thanks to perceived notions about the company’s stance on mods for Grand Theft Auto V, which finally launched on Steam last month to great success.

The company finally clarified its stance on mods in a recent email sent out to a concerned user. In that email, Rockstar confirmed that cosmetic mods are not bannable offenses in GTA V.

‘Cosmetic bans are not a bannable offense,’ they said. ‘However, if you require technical support after installing a mod, you will need to uninstall the mod, as we do not officially support mods.’ 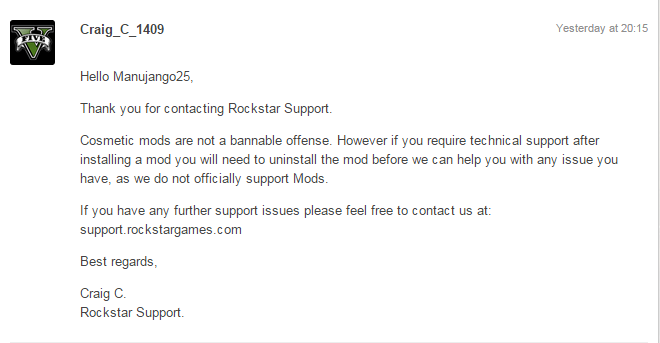 That said, FoV mods (remember, FoV mods leading to bannings is what set this outrage off in the first place) might not be considered strictly cosmetic mods, as they do impact the gameplay to some extent.

Why Rockstar did not simply make GTA V and GTA: Online separate for the PC version of the game, I will not understand.