Players can use the same crew they built in Max Payne 3.

Ever since Rockstar revealed the release date for GTA 5, the internet is literally begging for a second trailer. Some are getting frustrated over the delay and some are well…being pretty tolerant about it.

Last week the second trailer for Grand Theft Auto 5 was delayed due to hurricane Sandy. But now that the storm is settling down, Rockstar are in business.

Apparently Rockstar have uploaded the second Grand Theft Auto 5 trailer and have set it to hidden under their Youtube channel settings.

One of the fan facebook page (Grandthefttautov)  posted this: 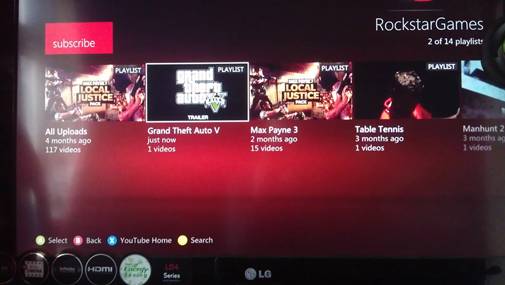 The image clearly shows that the grand reveal of the new trailer is going to happen very soon.

We also have brand new information regarding multiplayer in Grand Theft Auto 5. In an interview with IGN, Rockstar Games co-founder, Dan Houser has revealed that GTA 5 will use the same crew that players established in Max Payne 3.

“Multiplayer is an ever-more important part of all our games moving forward. And by creating crews through Social Club, the crews that you create in Max Payne 3 will be ready and available for you to play in Grand Theft Auto V from day one. It’s all part of our larger approach to make multiplayer deeper and richer than what’s currently available, much more easily accessible to the newcomer and rewarding for the hardcore.”

“We made a promise not to talk too much about forthcoming games until a little further down the track but, yes, crews will feature in Grand Theft Auto V multiplayer,” he revealed.

It will be interesting to see how this one develops. Stay tuned to GamingBolt for more news and updates.