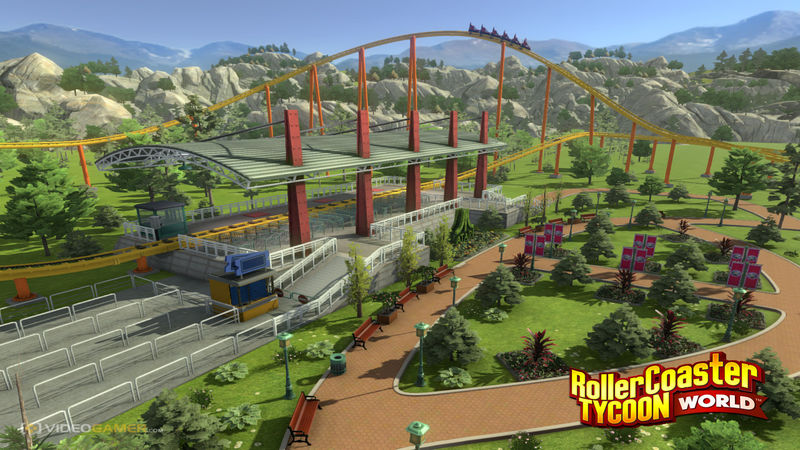 RollerCoaster Tycoon World, the revival of the classic theme park management sim franchise, will be launching on PC this December, Atari has announced. Pre-orders are now open, and will give players access to two pre-release betas, as well as five ‘Special Peep Skins,’ which presumably changes the appearance of your park visitors.

The standard edition of the game can be pre-ordered on Steam for £29.99, while the RollerCoaster Tycoon World Deluxe Edition, which comes with the game, as well as two new “exotic map packs”, additional terrain textures, a golden park entrance, Panda mascot and a digital art book, can be had for £44.99.

Unlike a year ago, when pre-ordering the game would have been out of the question, RollerCoaster Tycoon World actually looks like a fairly intriguing title now- it appears as though the protracted development cycle, with multiple developer and engine switches, may have actually helped.