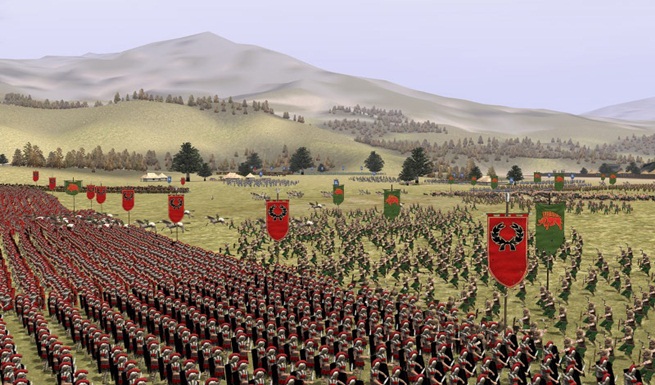 One of the greatest strategy games of all time is Rome: Total War, the second entry in The Creative Assembly’s grand strategy series, which solidified the franchise’s place in the strategy game pantheon. And now, a new generation of gamers will be able to play the game, since it is being brought over to iPads- with no compromises whatsoever.

The iPad version of Rome: Total War, being developed by Feral Interactive, will have all the hallmarks the franchise is known for, including a full scale historic campaign, massive 3D battles with thousands of units on screen at once, and a new touch interface that accurately recreates the keyboard and mouse control scheme of the desktop versions properly.

“Rome: Total War is still one of our most critically acclaimed Total War titles to date and a firm fan favorite,” said Total War brand director Rob Bartholomew. “We are thrilled to work closely with Feral on the iPad release and excited that players will get to experience Rome: Total War on a whole new platform for the first time.”

Rome: Total War is due out on iPad this Fall, and will work with all iPad Air and iPad Pro models (earlier models will not be supported, and there is no word yet on iPad Mini compatibility). Check out the iPad version’s announcement trailer for yourself below.