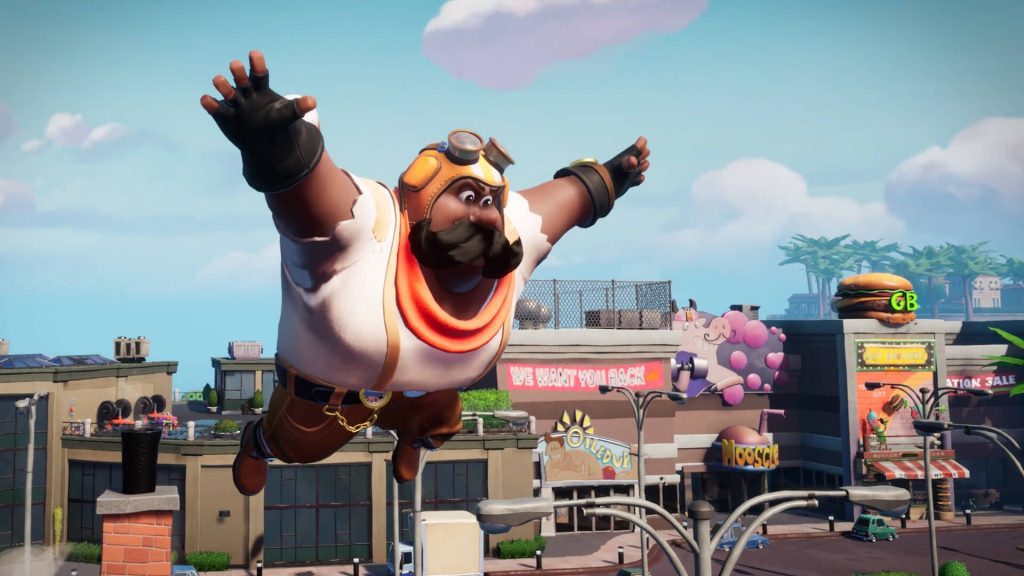 Pro-wrestling-themed battle royale Rumbleverse is set for release on August 11. The game will be coming to PS5, PS4, Xbox Series X/S, Xbox One, and PC. A week after its release, Rumbleverse will be kicking off its first season on August 18.

The initial plan was to have the game launch in early access before its full release, but Iron Galaxy has decided to skip early access altogether. “The Rumble is good to go, so we’ve decided that we don’t even need Early Access,” the developer writes.

A 36-second trailer was released announcing the release date. The trailer is essentially a series of Twitch streamers playing the game and reacting to its events. Check it out below.

Rumbleverse is a 40-player battle royale, described by studio Iron Galaxy as a Brawler Royale. Focusing entirely on melee combat, Rumbleverse drops players into Grapital City as they fight it out to become the last player standing.

The game features a lot of customization options for players’ characters with hundreds of unique items.

The core gameplay involves, much like any other battle royale, dropping into the map and looking for loot that can be used to fight opponents. The loot in Rumbleverse, rather than being guns, are actually pro-wrestling moves.