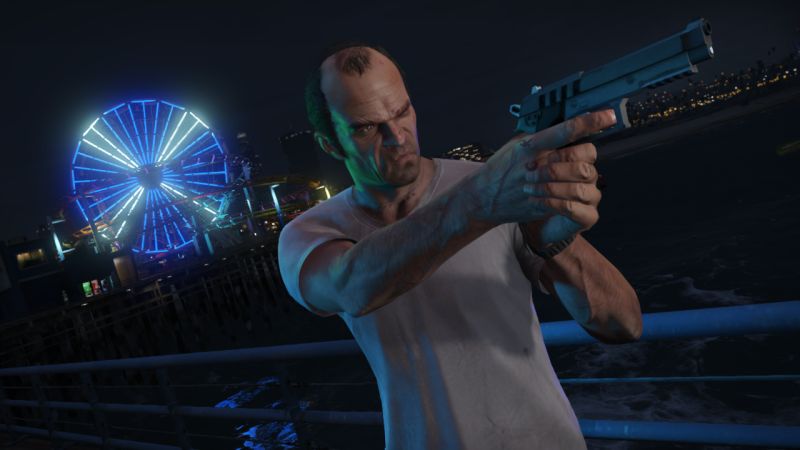 That GTA 5, Rockstar’s record breaking crime opus released last year to great acclaim, would get DLC was always a sure thing, and never in question. In fact, Rockstar were at the forefront of delivering meaningful DLC with the episodes that they released for GTA 4.

Now, apparently, there has been a leak on the GTA Forums about what the upcoming single player DLC will entail. Apart from minor additions (such as wrenches and shovels being added as weapons, new special abilities, and new apps for your phone), it appears the DLC will also add assassination missions, as well as substantially and meaningfully continue the story of the main game.

For those of you who were hoping that the DLC would expand the area of play in GTA 5, well, so far it doesn’t appear to be the case; if that does end up happening, it might be in some future DLC.

In any case, stay tuned for further coverage.