RUMOUR: Mass Effect 3 DLC on its way, adds post-ending and extra multiplayer content, will be free 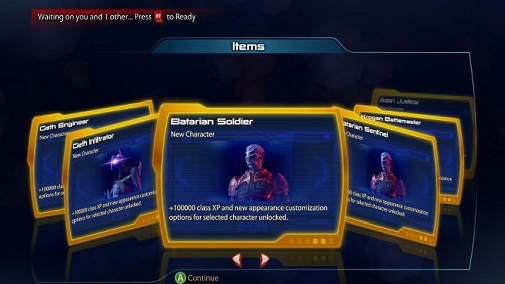 Spoilers for Mass Effect 3 follow. Do not read if you haven’t completed the game.

We previously covered the rumour of a Mass Effect 3 DLC pack on its way, but originally we thought it’d just be a multiplayer add on with more character classes, weapons and maps. However, if the most recent reports are anything to go by, BioWare will also be adding post-ending content to the game- this DLC is supposed to be the true ending.

There’s a lot of unbelievable stuff written in this report, and I’d take it with a pinch of salt. It says that the DLC, with the main ending of the game and all the extra MP content, will be free of cost. That’s a little hard to believe, but it’s not completely inconceivable either.

Polish site CD-Action has posted an entire report on this, and an anonymous poster has given extra details.

The poster says that the ending of the game was “half-assed” because of the story leak initially a few months prior to the game’s release. “They changed it at the last minute so they could have more time to prepare the real ending via DLC.”

The DLC is called “The Truth” and will be releasing in April or May. You will be continuing the story right where you left of, and the way you ended the game will have a huge impact on how the events of the DLC play out.

Some other details on the DLC are also given: “The Truth adds two new sets of enemies, new classes, and multiplayer maps including “Firebase Hive”, which is a small area of the last remaining collector ship included in the DLC, which, by the way you should definitely bring Javik the Prothean along if you have him.”

The anonymous poster goes on to say that two more character classes, namely Prothean Adept and Vanguard, will also be part of the DLC. “This DLC also enables the ability for owners of the preorder and From Ashes DLC to find their DLC weapons in reinforcement packs.”

As mentioned above, the report also claims that the DLC will be free. Other than this last part, it makes a lot of sense. BioWare did change the story based on fan feedback, we know that, and the fan feedback on the initial story leaks wasn’t very positive. They also advised players to keep their Mass Effect 3 saves intact. That was probably in case they ever release Mass Effect 4, but it could very well mean that BioWare planned this DLC all along.

However, this all seems a little unlikely, at least the part that says that the DLC won’t cost anything. This is EA we’re talking about, after all.