Ryse QTEs Complete Themselves Even If Player Presses No Buttons

The game literally plays itself. 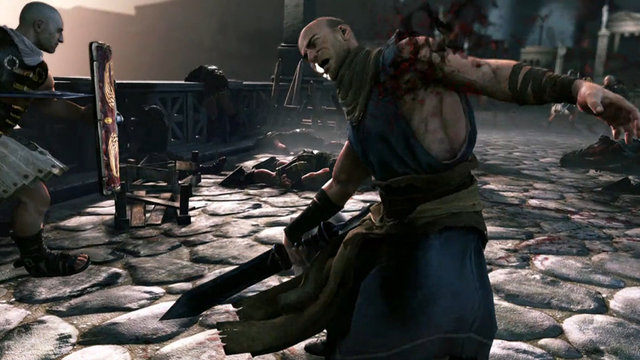 QTEs are becoming a plague of the industry, having descended from the tension building one off mechanisms that they were in games like Resident Evil 4 to a crutch used by game designers to mask poor gameplay design. As a result, when the long delayed Ryse finally debuted at Microsoft’s presser this E3, a lot of people found themselves balking at what looked like an otherwise rather impressive game, simply because of what seemed to be its complete reliance on QTEs.

As it turns out, Ryse is perhaps guilty of abusing QTEs in the worst possible way- the one good thing that can be said about a QTE is that it raises player tension and forces more immediate player involvement, simply by demanding that the player press the correct button in an incredibly short timeframe, or risk instant failure. As it turns out, that is not the case with Ryse. As reports from the E3 showfloor, including this one by All Games Beta, inform us, Ryse QTEs complete themselves even if the player presses the prompted button too late, presses the wrong button, or simply fails to press any button at all- the ‘cinematic kill’ will still go ahead.

This, as it turns out, is a deliberate design choice by developers Crytek, who claim this decision was made because they did not want to ‘frustrate the player.’

Well then. Why even make a game? Just make an animated movie, put it exclusively on the Xbox Live Arcade, and call it a day. There has been a jest in recent times, that modern games play themselves, but this is literally taking that adage to the absolute extreme.

Ryse will launch exclusively on the Xbox One.

Tagged With: Crytek, ryse, Xbox One