S.T.A.L.K.E.R. 2: Heart of Chernobyl is Looking Like a Proper 9th Gen Graphical Showcase

Based on what we've seen so far, GSC Game World's upcoming open world shooter is looking like it'll be a proper 9th gen technical showpiece.

15 years after the original game launched, and following the closure and improbable rebirth of its studio, S.T.A.L.K.E.R.: Shadow of Chernobyl is finally getting a proper sequel. The cult shooter-RPG hybrid from Ukrainian developer GSC Game World still retains a dedicated fanbase, thanks to a combination of realistic shooting action and an incredible, oppressive atmosphere unlike just about anything else. The only real comparison here would be to the Metro series, and that makes sense considering that 4A Games was founded by ex-GSC devs.

S.T.A.L.K.E.R. fans are so committed that, after GSC’s demise, they even took things into their own hands and released S.T.A.L.K.E.R. Anomaly, a full-fledged fan sequel to the original game, running on GSC’s X-Ray engine.

When Microsoft and GSC announced a while back that S.T.A.L.K.E.R. 2 was real, they were met with equal parts amazement and disbelief. You see, this wasn’t the first time GSC had worked on a S.T.A.L.K.E.R. sequel. Back in 2012, the developer had canned their original attempt at S.T.A.L.K.E.R. 2, built around the then-next gen Xbox 360 and PlayStation 3. Shortly afterwards, GSC itself imploded. Franchises have disappeared off the face of the earth after a lot less: we’ve had no word on Dead Space, for instance, simply because the third entry didn’t do that great sales-wise.

Miraculously, GSC’s original owner was able to regain control over the studio and IP.

Fast forward again to last month’s Xbox event at E3 and its now evident that, not only is S.T.A.L.K.E.R. 2 a real game, it’s one of the most spectacular demonstrations of ninth-gen visual prowess we’ve seen till date. Our TL;DR tech analysis? This looks absolutely insane!

Let’s take a closer look, though. Back from the dead, and with a decade and two console generations worth of technology progress to leverage, S.T.A.L.K.E.R. 2: Heart of Chernobyl is most definitely worth it.

One of the real standouts of the gameplay trailer was just how great S.T.A.L.K.E.R. 2: Heart of Chernobyl’s character models looked. We’re looking at polygon counts that could be in the low six-figures, for some stunningly lifelike character closeups. It’s interesting to note here that S.T.A.L.K.E.R. Call of Pripyat, the last game in the series, pioneered tessellation as a DX11 technique back in 2009, specifically to round out surfaces like character helmets. Here, we’re seeing GSC leverage the raw horsepower of modern consoles and PCs to add real geometric detail.

High poly counts aren’t the entire story. We’re also seeing some excellent skin rendering and what looks like some of the most convincing hair we’ve seen till date in a video game. Hair follicle counts appear to be in the thousands. In closeup shots of a character with long hair, we’re seeing a degree of fineness to the individual hairs that goes well beyond what was possible last generation, even with proprietary tech like NVIDIA Hairworks. 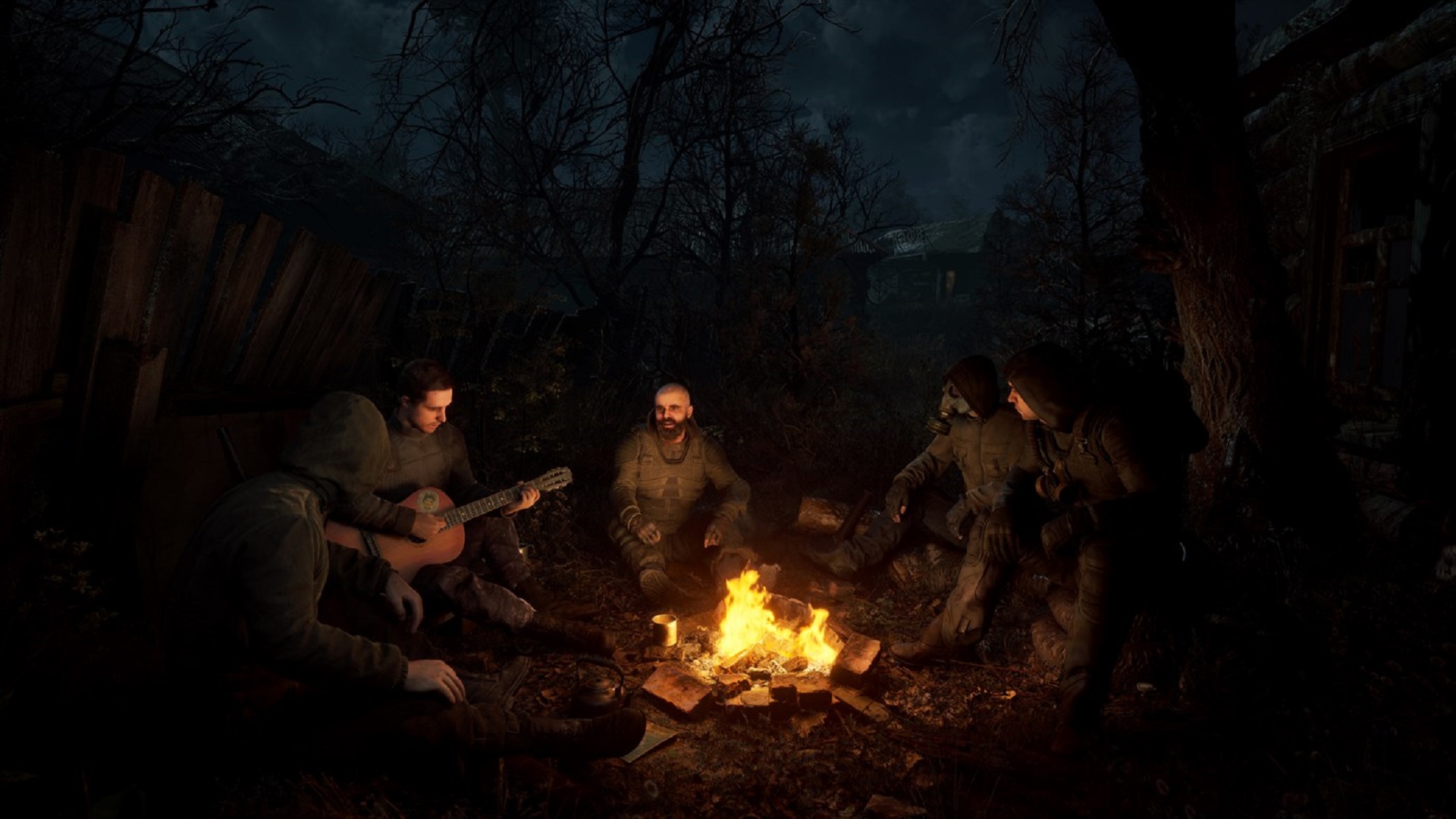 This enables complex movements like the brief scene where Bolshak danced. Even in comparison to heavy hitters like Red Dead Redemption 2, the animation work here is just remarkably fluid. We’re seeing Unreal 4’s IK (inverse kinematics) solution in action here allowing for small movements – like when a character flexes their fingers – to animate smoothly. Things aren’t quite at the level of something like, say, The Last of Us Part 2, but this is definitely a generational leap for S.T.A.L.K.E.R. 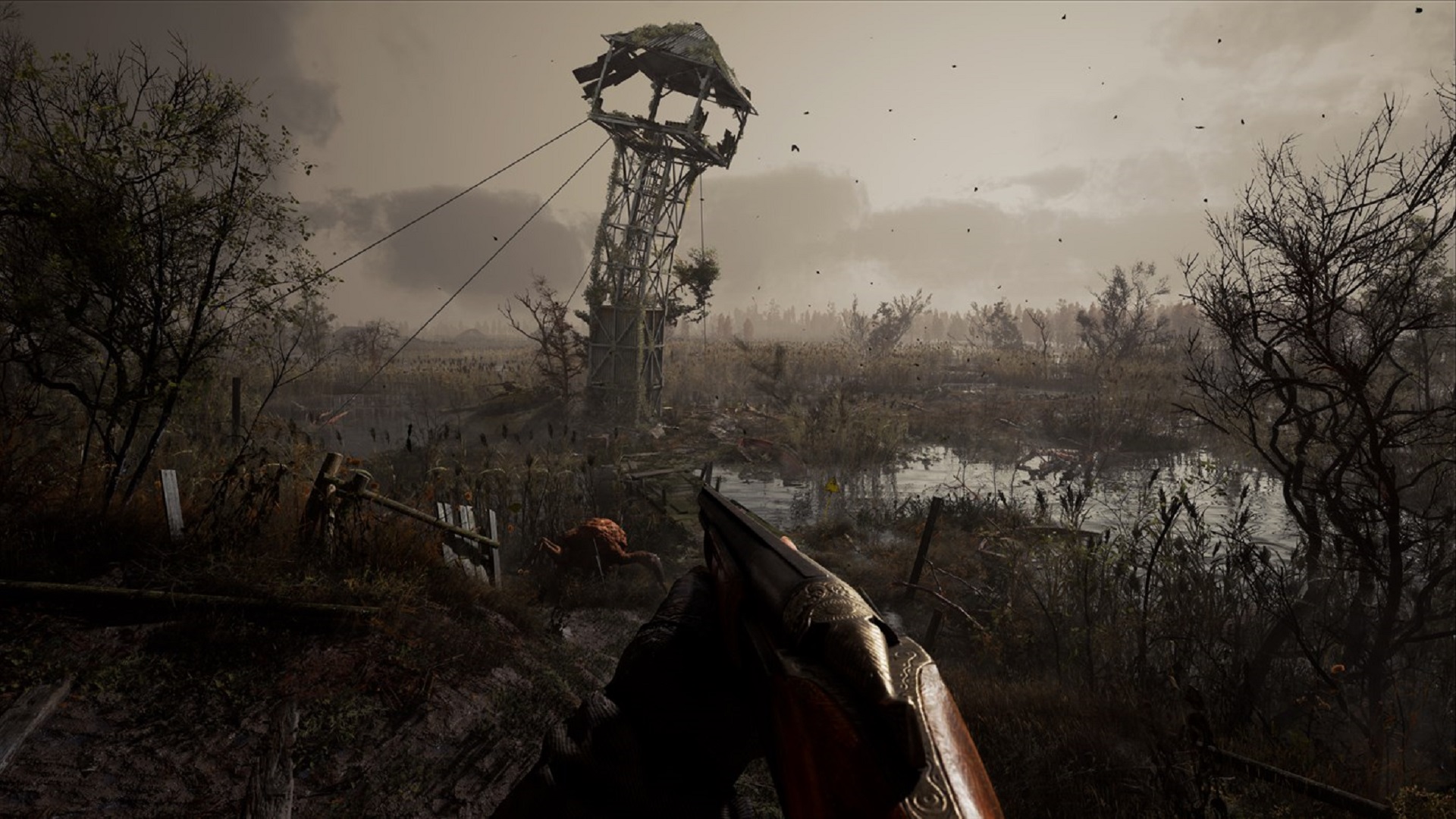 Metro Exodus Enhanced Edition showed us what was possible when you leverage RTX ray-tracing in an atmospheric post-Soviet setting. We’re looking at something similar in Heart of Chernobyl. The gameplay trailer highlights ray-traced reflections, adding immensely to the atmosphere in swampy areas and damp interiors. We’re also seeing what looks like a ray-traced global illumination system. This brings desolate building interiors to life, with areas of deep, deep shade and realistic indirect lighting.

The ray-traced lighting and reflections also offer a big boost to anomaly visuals. This is particularly the case with electrical anomalies seen towards the end of the trailer.

Heart of Chernobyl makes great use of volumetric effects. This is noticeable both in a stormy exterior scene and the interior of what looks like a laboratory. Volumetrics are at a high resolution here. We do expect GSC to pare things down a bit in the final code, at least on consoles.

Heart of Chernobyl uses physically-based material rendering – as is standard in modern games. It’s worth noting, however, to highlight the massive leap from earlier S.T.A.L.K.E.R. games. GSC Game World used real-life photos of the Chernobyl exclusion zone to author the textures for 2007’s Shadow of Chernobyl. In certain situations, this had eerily lifelike results. However, because physically correct – and thanks to the X-ray engine’s rather simple dynamic lighting, these textures often felt “off.” Here in Heart of Chernobyl, we’re seeing a similar approach. But thanks to the use of physically accurate material rendering, Heart of Chernobyl’s textures are frequently photorealistic, bringing the Exclusion Zone to life with unprecedented detail. 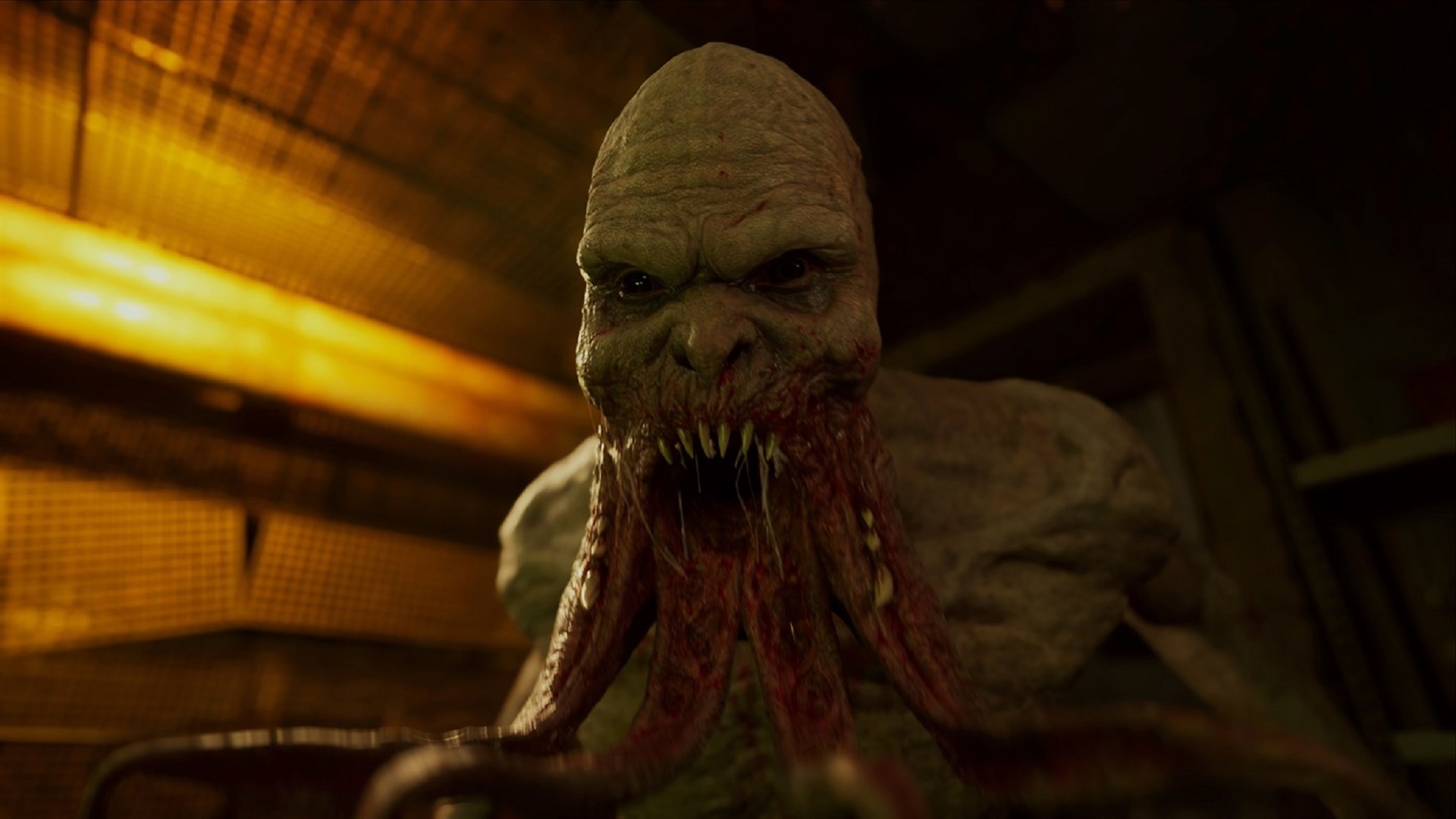 With Unreal 5 announced recently, and currently in early access, you’d be forgiven for thinking that Heart of Chernobyl’s visuals are out of date since it’s built on the “old” Unreal 4. Using an older engine doesn’t necessarily mean poorer visuals. Arkham Knight, for example, one of the best-looking titles in the eighth-gen, was built on Unreal 3. GSC leverages the complete suite of scalable UE4 capabilities in Heart of Chernobyl to create something that genuinely looks “ninth-Gen,” a clear step over the cross-Gen content we’ve seen so far. It’ll be particularly interesting to see how the game stacks up in terms of visuals to Chernobylite. This is a S.T.A.L.K.E.R.-inspired survival horror shooter that’s leaving early access this month and also runs on UE4. Thanks to photogrammetry and a generous draw distance, Chernobylite often looked and played like a next-gen S.T.A.L.K.E.R. We’re looking forward to seeing how the final version stacks up.