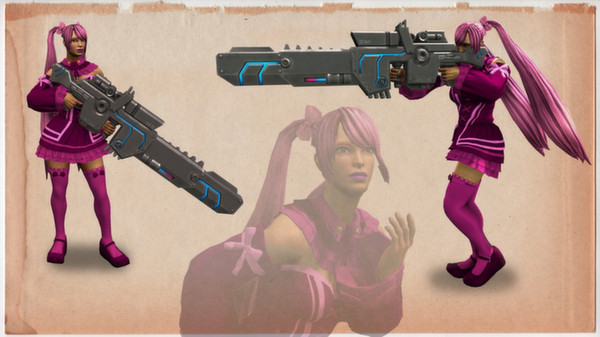 Earlier today via Steam, an all new DLC was released for Saints Row 4 by developers Volition Inc. The DLC is a special costume pack which dresses your favorite characters up in, quite frankly, ridiculous anime-styled costumes complete with equally absurd anime-style weapons. Here’s what the DLC anime costume pack’s blurb on Steam reads:

“Finally, the fantasy of Eastern cultural happiness can be yours! Get hair defying the elements of winds! Slice many of the people of bad with Braver Sword! Kaiju-XL makes little of foes with speed and curiosity! Also dress up clothing changes any Street of 3 Holy Man a beholding wonder!”

The pack is comes with what appear to be Cloud’s buster sword fron Final Fantasy 7 and a Kaju-XL rifle. The Saints Row 4 anime costume pack DLC sells on Steam at £1.49.

What are your thoughts on the all new DLC? Do you think the light-hearted nature of the pack takes away from the games inherent “badass” factor, or is the lighter attitude welcome?