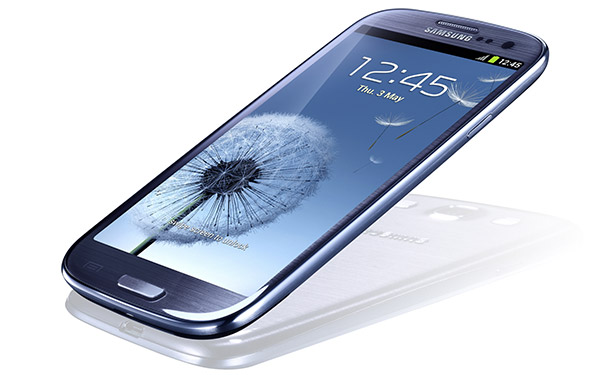 Samsung’s keynote is live now, and they have officially unveiled the lid off their flagship Galaxy phone – the Samsung Galaxy S III.

It seems like the embargo was broken early, but who cares, we have a lot of information on this amazing phone from Samsung.

The phone uses a Super AMOLED screen, much like the Galaxy S II, and also features a host of new apps for Android 4.0.

Let’s get straight to the specs first:

Samsung has announced that Flipboard Android app will be exclusive to the phone when it launches. It will also have an iPhone 4S equivalent Siri voice app called the S Voice.

The pricing has yet to be revealed, but the phone will be available in May for Europe and a bit later in Asia. Rest of the world have to wait even longer.

“With the GALAXY S III, Samsung has maximized the consumer benefits by integrating superior hardware with enhanced smartphone usability,” said JK Shin, President and Head of IT & Mobile Communications Division at Samsung.

“Designed to be both effortlessly smart and intuitively simple, the GALAXY S III has been created with our human needs and capabilities in mind.

“What makes me most proud is that it enables one of the most seamless, natural and human-centric mobile experiences, opening up a new horizon that allows you to live a life extraordinary.”

The phone will be available in 145 countries, and on 296 mobile operators around the world, which makes it the most largest launch in Samsung history.