SBK Generations Announced, Releasing This May For The PS3, Xbox 360 And PC

Posted By Rashid Sayed | On 02nd, Mar. 2012 Under News | Follow This Author @GamingBoltTweet 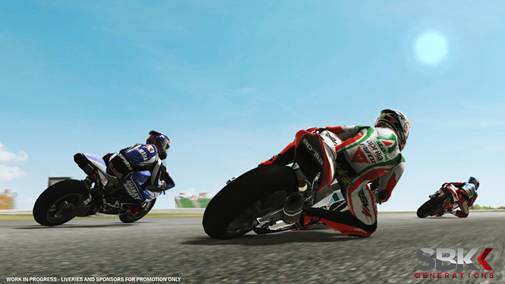 SBK Generations is scheduled for release in May 2012 for PlayStation 3, the Xbox360 and Windows PC.

The game plans to build on the previous game i.e. SBK 11 taking  feedback from international critics, gamers, and worldwide customers.

The game will provide the usual official package of the next Championship Season.