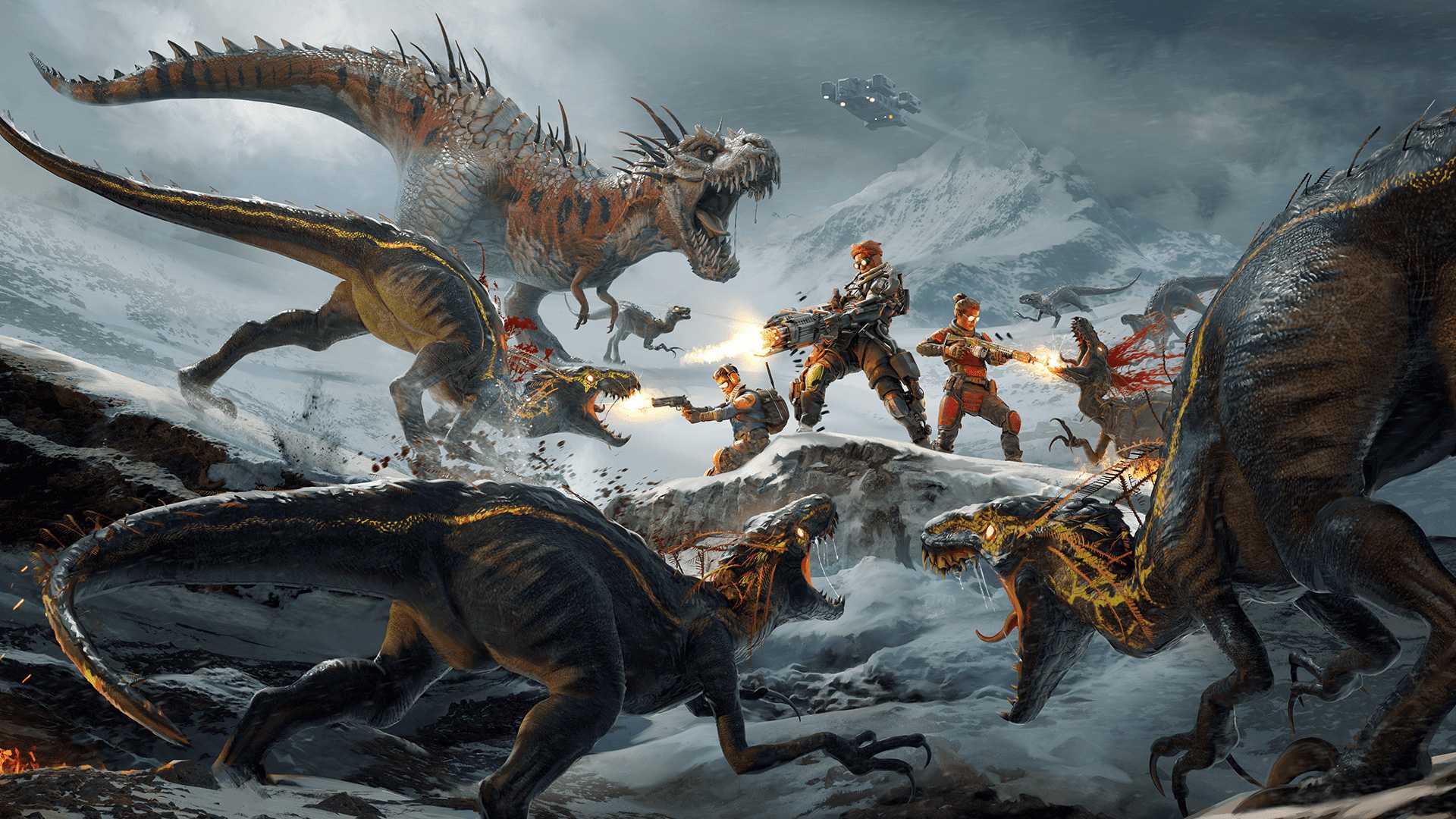 During the recent Inside Xbox show, Systemic Reaction – a new development studio under the Avalanche Studios Group – announced Second Extinction a three player co-op first person shooter that will see you and your squadmates fighting to reclaim a post-apocalyptic earth from mutated dinosaurs. Sound cool? It looks cool, too. Take a look at the announcement trailer below.

An announcement of the game on its official website sheds light on some new gameplay details as well. Players will be taking on dinosaur hordes in “short but intense combat operations across a beautiful yet dangerous frozen world.” There’s mention of unique weapons and abilities, “challenging” combat set pieces, and more, while a community-driven progression system is also hinted at, with the developer saying, “Your actions, together with the rest of the community, will shape the course of the war against the dinosaurs.” Meanwhile, it also looks like Second Extinction will be taking some artistic liberties in its depiction of dinosaurs, including “electric raptors” and “behemoth T-Rexes that tower over the horizon.”

Second Extinction is in development for Xbox Series X, Xbox One, and PC. A beta for the game will also go live this summer- you can sign up for that through here.