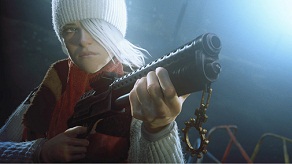 Funcom has announced that one million gamers are now registered for The Secret World beta.

“Shattering our previous beta records gives us great hope for The Secret World’s launch and its future,” says Funcom SVP of Sales & Marketing, Morten Larssen. “Combining this positive number with the excellent feedback we have received from both beta testers and the press that have played the game, make us very optimistic for a successful launch of The Secret World.”

In addition to these impressive beta registration numbers, Funcom can also share that in just over a month nearly two million unique visitors have come to Funcom’s ‘The Secret World’ websites.

This coming Friday, May 11th, Funcom will be kicking off the first of several Beta Weekends where gamers get to sample parts of the content and gameplay that will be featured in ‘The Secret World’ when it launches on June 19th this year. Everyone pre-ordering the game will get to play each of these Beta Weekends, and more content is added from one weekend to the next leading up to launch.