Some games are easy to love. Section 8: Prejudice is one such game that puts up a near-impenetrable shield against any criticisms I may have with it. As a sequel to 2009’s Section 8, Prejudice improves upon its origins on all possible fronts with more content, more depth and a hell of a lot more value. Prejudice offers the kind of content you’d expect from a full priced shooter in a gorgeous little 1200 MS point (or $15 if you prefer) package. What’s not to love?

For those of you who didn’t get a look at Time Gate’s original Section 8, the basic premise revolves around large scale, class-based multiplayer that sees players control drop troopers who deploy by landing on each map from the sky. As gimmicky as it sounds, the mechanic added a surprising amount of tactical differentiation in Section 8, and it does the same in Prejudice. It certainly beats just magically appearing on each level. If you aren’t too happy about your adversaries dropping into your base, then you can buy some anti-air turrets that will force them to drop further out. You can earn cash for such sundries as you take objectives and slay your foes. AA turrets are not your only option with a whole host of supply depots, turrets, radars and vehicles up for grabs for those who perform well. 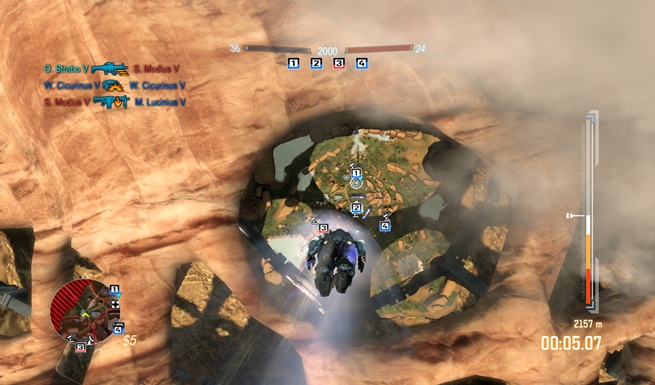 Before you launch from your dropship, you’ll get a choice of what kind of loadout to spawn with. Multiple custom classes are unlocked from the word go, and allow you to modify your kit to your liking. The weapon selection is fairly decent with all your favourite bases covered, though there is only one major weapon of each type. You also don’t get a choice of attachments for your guns, though I think that’s other games in the genre spoiling me for choice rather than any failing on S8P’s part. You also get two equipment slots for anything ranging from mortars and grenades, to knives and a repair tool. I was also pleased to see huge variation in the types of equipment you get. As you progress through the online ranks you can unlock new rounds for your guns that will give them different properties, along with health sucking knives, EMP grenades, motion scanners etc. You name it, you’ll probably find it catered for. To top it all off, you have ten points that can be assigned into a variety of attributes. You might go for extra damage, more stealth or increased speed. There’s a lot of choice in here even before you’ve unlocked anything, so you can expect to be able to play Prejudice your own way. My only complaint about the core engine of Prejudice is that the gunplay doesn’t feel especially tight at times. There are just those moments where it feels a bit spongy, particularly when fighting with rapid fire weapons at mid-range. Don’t let this put you off though, as it is more a minor gripe than any kind of game-breaking fault.

If it weren’t enough that Prejudice offers such deep and rewarding gameplay already, you’ll be pleased to know that there are game modes to match. Conquest mode is where you’ll be spending most of your time, and offers you a bread and butter ranked online mode. There is only one game type included that sees you trying to earn more points than your team. Points can be earned through capturing bases on the map, killing players on the enemy team, or by completing a variety of randomly generated objectives. These objectives aren’t just an afterthought either. They’re fun, diverse and always keep you on your toes. Even though one mode may not sound like a lot, there is so much going on in each game that you won’t really notice. 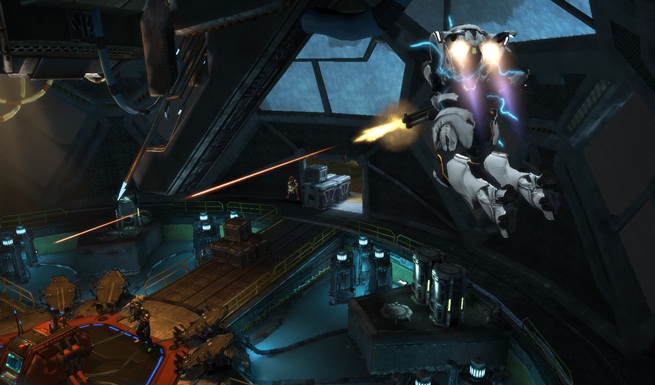 For a DLC title, Prejudice has some tasty visuals. And jetpacks. Don’t forget the jetpacks

For those with more of a co-op lust, there is the Swarm mode that sees you defending an objective from waves of increasingly tough enemies. It plays in a similar way to Conquest with all loadout and purchase options still available, but it’s different enough to provide a few evenings of good old fashioned co-operative fun.

In terms of content, both of the modes have a decent selection of maps for you to plough through. There are four main areas, with two maps being culled from each for Conquest and an additional defence location from each major tileset comprising the maps for Swarm. Whilst there is a mild lack of textural variation as a result of this, the maps all feel right and are designed well enough to cater for all types of players. One of the things that impeded the first game’s success was its usually vacant servers, an issue that should be rectified with Prejudice’s reduced price point. Even if you can’t always be bothered to take the fight online, you can kick back and play either of the multiplayer modes over system link or solo with bots filling available spaces. AI in multiplayer is something that many modern games neglect, but S8P brings them back in style. They will never be quite as fun to play against as a human player, but they aren’t slouches either and offer a viable alternative to online play. 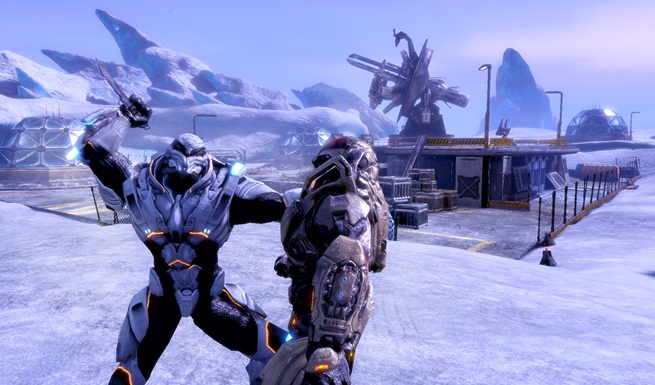 Prejudice even has finishing moves. What else does it need?

One of the things that really let down the original Section 8 was its lacklustre story mode. More of a tutorial for the multiplayer than a proper campaign attempt, many felt annoyed by the lack of content offered in this department for a full priced retail game. Prejudice responds to this irritant two fold: First, by rolling out a proper campaign with its own separate levels and secondly, by not being a full priced title. The story isn’t particularly memorable or interesting, seeing you as the entirely forgettable captain tracking down some evil guy with your Section 8 lackies in tow. Whilst you’ll no doubt hold this nondescript summary against a lack of professionalism on my part, the plot really is that forgettable. It does a good job of setting up some tense set pieces though, with defence, recon and escape missions keeping the proceedings nice and varied. The campaign is also partially weakened by its production values. The whole thing just doesn’t feel as big as your AAA titles but, for the price tag, Prejudice provides a fantastic and thoroughly enjoyable campaign that is miles better than the pseudo-tutorial we got from the original.

The place where Prejudice’s budget price shows most is in its presentation. The graphics are of a very high standard for a DLC game, but don’t expect any CoD beating visuals. Animations deserve particular commendation, as long as you can get over the aim down sight (ADS) animation being almost non-existent. I know some people are very particular about how they want their ADS to look. What does put a damper on the campaign’s cut-scenes are the awful explosion effects. Budget aside, these still look pretty off.

I make a lot of small criticisms of Section 8: Prejudice, but in reality these are almost negligible. The game could do a hell of a lot more stuff wrong and I’d probably still consider it an essential purchase, just on account of the value for money it provides. I haven’t played as well fleshed out a shooter as Prejudice in a while, and the fact that it costs so little makes it all the more impressive an achievement. You have no excuse not to buy it. Put it on your to do list now.

Gunplay feels a bit loose here and there, Production values aren't as high as other FPS games, Not much else at this price

Final Verdict:
EDITOR’S CHOICE
Section 8: Prejudice, despite some occasionally loose gunplay, packs a rich and full FPS experience into a very affordable price. Consider it a must
A copy of this game was provided by Developer/Publisher/Distributor/PR Agency for review purposes. Click here to know more about our Reviews Policy.