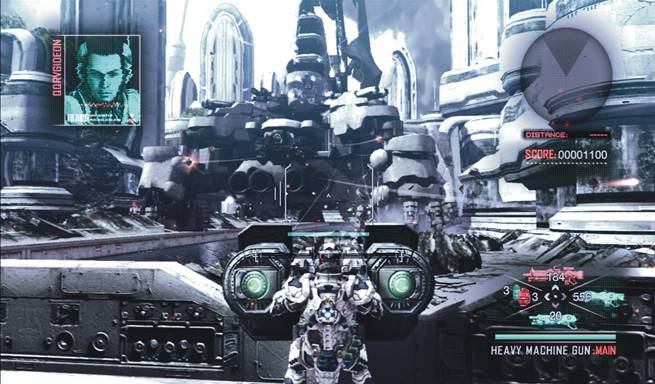 After the success of Bayonetta on PC, a lot of fans are hoping that more of Platinum’s excellent catalog ends up making it over to PC. Sharp eyed fans have already noticed that Platinum has included a clever little tease for Vanquish in the PC port of Bayonetta after an update– and now, it looks like Sega is continuing to hint at something Vanquish related, too.

Sega tweeted a cryptic image with just an emblem and the words ‘2017’ on it earlier today- and sharp eyed fans instantly noticed that the emblem in the picture is the emblem of Victor Zaitsev, the main antagonist of Vanquish. Theoretically, this could be teasing a new game in the franchise entirely, but within the existing context, a PC port of Vanquish seems far likelier.

Vanquish launched in 2010 for PS3 and Xbox 360. The beloved third person shooter was the last game Shinji Mikami made with Platinum before he broke off to do his own thing (which turned out to be The Evil Within).