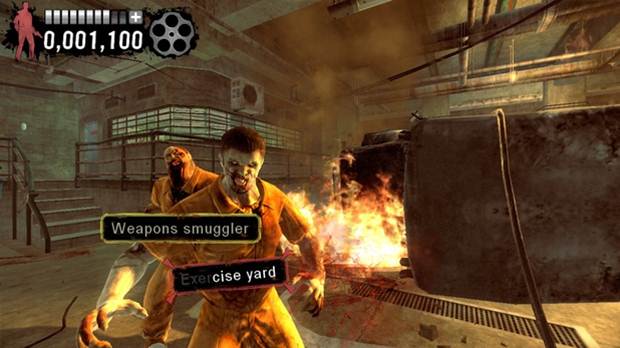 The Typing of the Dead: Overkill, just as it’s source material does, acts as means by which to further explore the setting of the much loved classic shooter game, The House of the Dead. However, this PC version takes a real twist when we get down to game play mechanics.In lieu of traditional button based shooting, Typing of the Dead will utilize a “teaches typing” function, forcing gamers to accurately spell out words and utilize grammar in order to make their way through the gory plot.

“People often gripe about how video games aren’t educational or useful in everyday life,” said Ollie Clark, Creative Director at Modern Dream. “But with The Typing of the Dead: Overkill you can now shoot up a carnival full of flesh eating mutant clowns while improving your typing and personal vocabulary.”