The classic SEGA Rally Racer is back, now as an arcade title.  Back in the day this game what this shit to whomever over the good old SEGA Saturn.  Yes it’s that old, in fact some of you reading this might not even know what a SEGA Saturn is, but that is alright.  Here is the bottom line, the game is just like it used to be now with online play and graphically looking great.  Of course SEGA Rally cannot compare to any modern retail racing game but it is not a retail game, it’s an arcade game for 800 Microsoft Points ($10) for the Xbox Live Arcade and soon will be available for the Playstation 3.

The most important part of SEGA Rally Online Arcade is the fact that unlike the original there is no career mode whatsoever.  There is no tournament mode, events or your personal garage of parts like the original game boasted, which was a big surprise to me.   Instead the career mode has been replaced with ‘Championship Mode’ where you start in the back of a set of 33 vehicles and must make your way past them all to 1st place to win.  The event takes place over 3 tracks which is fairly short and pales in comparison to the original arcade mode.  It would have been nice to have both the Championship Mode and the original career mode in the game.

There is a lack of content compared to the old SEGA Racing games but the Online Arcade is still a lot of fun and remains one of the easiest racers to jump in to play with out having any knowledge of controls or racing games for that matter.  The cars are easy to handle with your option of automatic or manual drive.  SEGA Rally Online Arcade also adds a bunch of different aspect from all the old SEGA Racers like tracks and other things.  There is Single Player, Xbox Live, Local-Play, Leaderboards and Help/Settings.  As easy as the game is there is a tutorial on how to play and there are numerous settings to mess with.  Some of the settings include what type of Speedometer you want (Mph/KmH) or the difficulty to either Casual or Arcade. 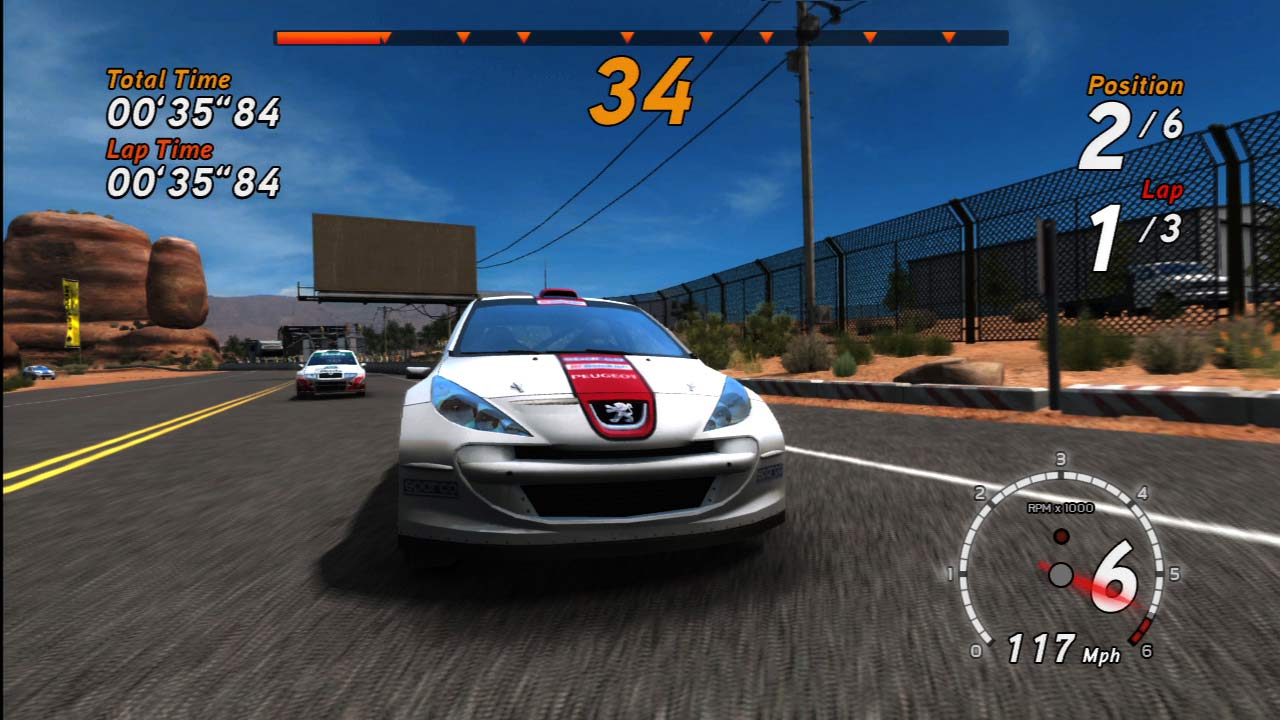 You can choose between 11 different vehicles, including a Dune Buggy, but some must be unlocked.  There only 4 different tracks in the game not giving you much of an option there.  In single player you have your option to play Championship Mode which was explained above as well as Quick race, Time Attack and Classic Mode.  Quick Race just lets you jump straight into a race while you go up against a number of other opponents with the option to choose which track you wish to play on.  Time Attack  pits you up against a ghost car that you will have to beat which is a staff member time you will have to beat all while seeing the ghost car along the way.  In Time Attack you can also choose to beat people from around the world earning the top place among the leaderboards.  Classic Mode puts you up against one other legendary rally of that time period which you will have to beat.

SEGA Rally Online Arcade is fun and challenging.  Anyone can play it as it is extremely easy to pick up the controller and just race.  Any fan of the original series should be happy see the SEGA Racing make a come back.  It brings that retro feeling while offering modern fun for an arcade game.  This is definitely a good game worth the price and a nice change of pace as it should not be taken seriously, as in fact I don’t think it could.

Lack of the amount of content. No career mode.

SEGA Racing Studio brings back a classic racer with not much change but has a lot a fun to offer with plenty of unlockables.