I’ve had a chance to take the latest build of Serious Sam for a spin, and it’s left me feeling all happy inside.

This is Serious Sam alright, with all it’s craziness and bloodbaths. But at the same time, I can’t help but feel that Croteam have matured the game a little as well- the crude humor is still there, and the over the top gore, but there’s an actual sense of pacing now. Whereas previous Serious Sam games made the only downtime the loading screens, there are actual spooky thrills to be had when you’re exploring the catacombs riddled with monsters bursting out of the woodwork. This reviewer genuinely received a shock when a Gnarr (for the less well Serious-Sam-educated, it’s like a cross between a cyclops and a rhino) burst out from behind me and started trying to burrow his way into my spine. 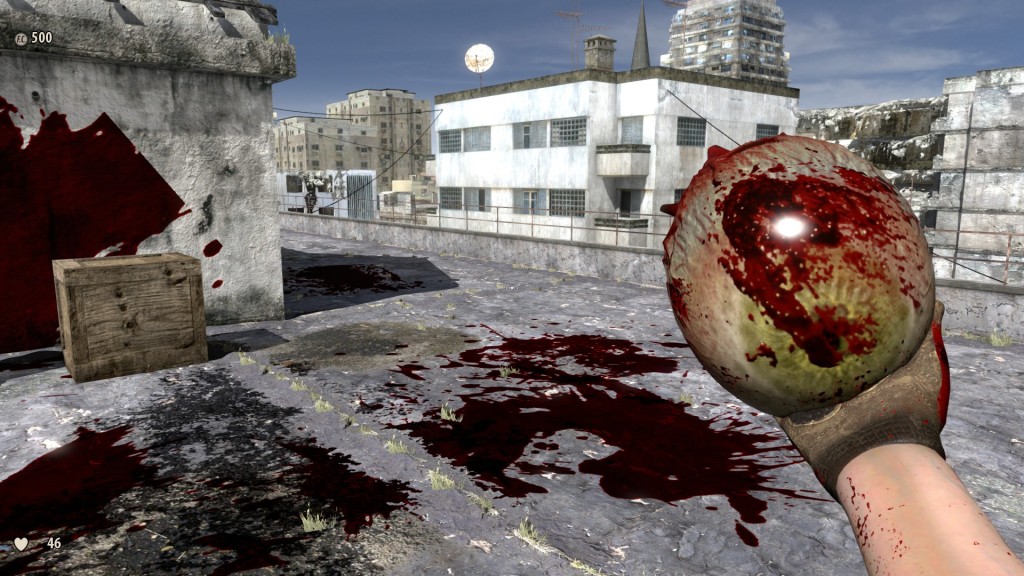 My goodness GrandmaGnarr, what big eyes you have

The first thing to notice when you start playing Serious Sam is the new melee system. Unlike most other FPS’s, there’s no bog standard pistol-whipping here; when you melee attack an enemy, Sam will pull off a gratuitously gory and immensly satisfying instant-kill move, which differ depending on the enemy. For example, when fighting Gnarrs, Sam will rip out their eyeball. Want to know the really cool bit? You can then use their eye as a weapon. Similarly, when fighting undead rocketeers, Sam nonchalantly reaches into their chest and rips out their heart. Now that’s just badass.

Of course, what everyone’s really excited about is the new Serious 3 Engine, specifically designed for Serious Sam 3: BFE. Fans were right to be excited, because even in this pre-release build, the graphics are beautiful. If it wasn’t for the enemies exploding as if they’d been packed with Ketchup when you kill them, you’d think the cartoon-like Serious Sam’s were a thing of the past. Water ripples, shadows are sharp, and some of the scripted events have a sense of awe about them. There are still a few bits missing- Sam’s own shadow, for example- but these are excusable in a pre-release version of the game. In fact, the game looked so good that it gave my PC a bit of a spanking- PC gamers still rocking the 8800GT reign of graphics cards would do well to acknowledge that you might only squeeze a mix of medium/high settings out of this puppy. 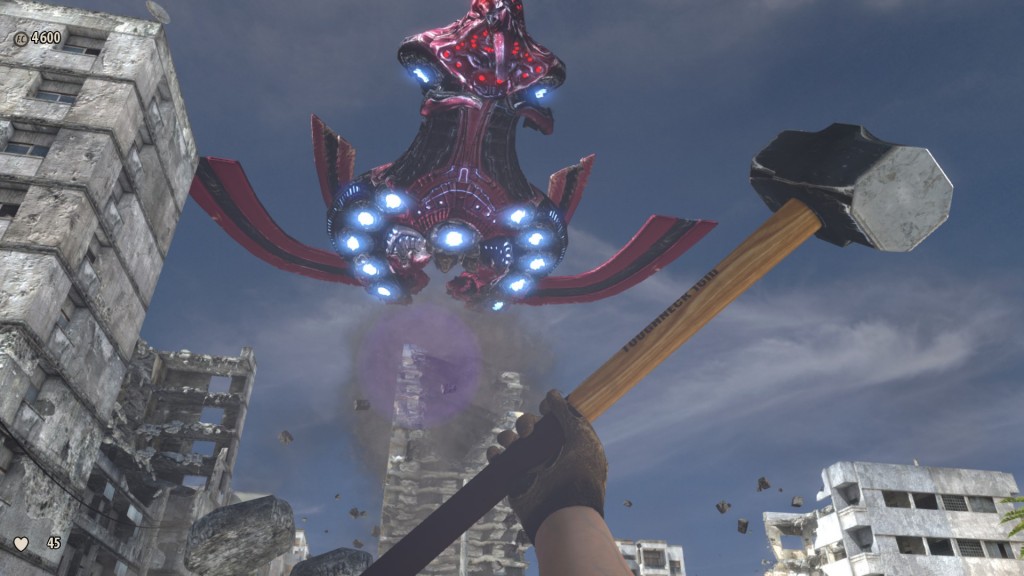 An opening scene that really shows that the Serious 3 Engine has a lot of potential to wow.

I was pleasantly surprised at the amount of work gone into ensuring that this is at heart, a PC game, made for PC gamers. The graphical and technical options you can make are daunting, and you’re likely to be overwhelmed by the number of little tweaks you can make to everything from parallax mapping, to the numbers of ragdolls, and 4 different types of anti-aliasing.

The gameplay remains as solid as ever, and you’re once again thrown into a mix of huge arenas, claustrophobic tunnels and wide urban areas. Don’t get me wrong- this is still a run n’ gun, and while Sam can crouch, it’s not something you’ll be doing very often. Not least because cover is, at best, flimsy. Most cover in the game world can be destroyed by sustained fire, as is becoming industry standard, but this won’t matter to Sam too much as you charge around with your array of weaponry. Of course, no Serious Sam game would be complete without a delectable choice of firearms and blunt instruments- everything from the humble Desert Eagle to the shotgun and sledgehammer. The sledgehammer is interesting because it hasn’t been too prominent in previous Serious Sam games- the original opted for the trusty knife instead. The sledge is unique because it has several special attacks- you can spin around 360 degrees to take out all surrounding enemies, take a hefty vertical swing to crack some skulls, or go for a wild pirouette using it like a morning-star.  Little bits of detail like the random blood spatters up and down the handle really help to add to the immersive, albeit crazy, experience. 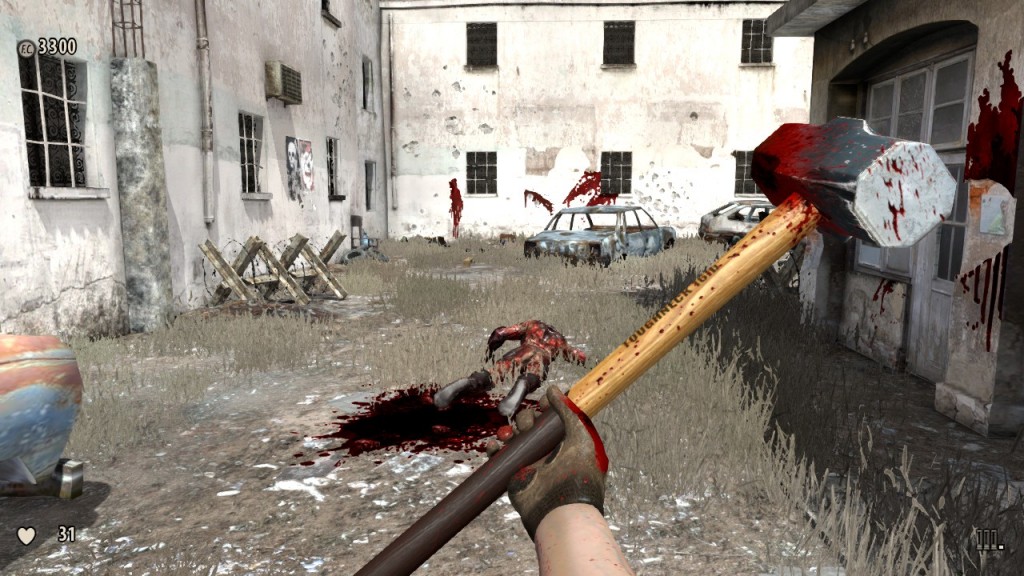 The sledgehammer is so good currently, that it might even be considered a balance issue

While the multiplayer isn’t yet functional, I can tell you the different game modes on offer;

– Beast Hunt; Test your hunting skills against other players

– CTF; Bring other team’s flag into your base

– Instant Kill; One shot, one kill

– Last Man Standing; Kill all other players to win a round

– Last Team Standing; Kill all other players on the enemy team to win a round

– My Burden; Score rises as long as you hold the burden item

While most of those you’re likely to have seen before, Beast Hunt holds promise of something unique- but you’ll have to stay tuned to find out exactly what it entails. 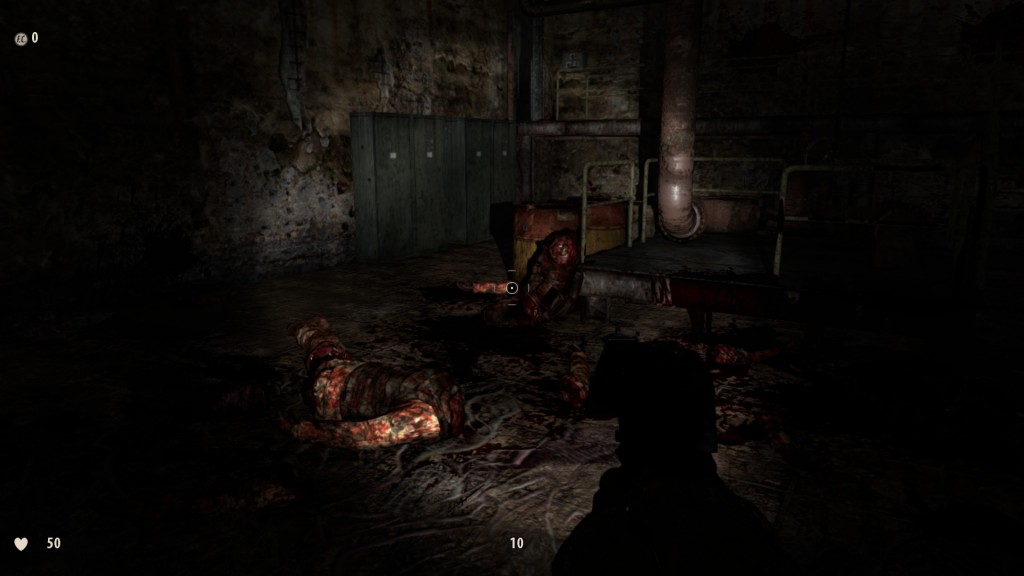 Creeping around catacombs only makes up a small chunk of the game, but the difference in pacing is a welcome change

All in all, my playtime with the new Serious Sam has been a thoroughly enjoyable one. The new engine is beautiful and has large scope and scale; the gameplay has been all gored-up, for the better; the attention to detail is already visible, and extremely pleasing, and the multiplayer holds lots of promise. There’s also coop, so if those game modes don’t rock your world, don’t lose hope just yet. Is this the spiritual successor to Duke Nukem, what Forever should have been?

You’ll have to wait until November 22 to find out.

Now, if you’ll excuse me, there’s a rather noisy man with something round attached to his hands. I’d better go help him out….