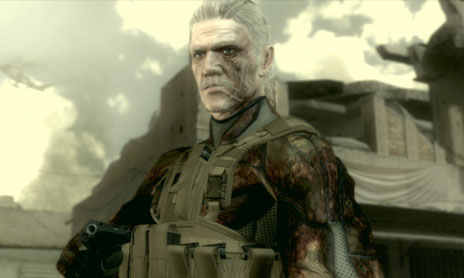 Dialogues are a very vital part of any visual media of entertainment, which means video games as well. And the stronger and well-written the dialogues are, the better the story of the game turns out to be. It is believed by many that dialogues are the very backbone of any story, because if the dialogues fall flat, so does the entire narrative, for they are what drive the entire flow forward, lead one thing to the other.

Video games are no different in this aspect, especially the ones these days, what with them having so heavy and complex stories. And with strong speeches showered between regular intervals, a game can truly outshine its competition- if, of course, the speeches are well written and delivered.

Here is out list of the seven best speeches we have come across in games. These, we feel, were delivered and written nigh-perfectly, and provided for a few minutes of sheer awe and joy. Enjoy the list!

Remember, these speeches have been ranked and listed in no particular order.

War has changed. It’s no longer about nations, ideologies, or ethnicity. It’s an endless series of proxy battles fought by mercenaries and machines. War, and its consumption of life, has become a well-oiled machine. War has changed. ID-tagged soldiers carry ID-tagged weapons, use ID-tagged gear. Nanomachines inside their bodies enhance and regulate their abilities. Genetic control. Information control. Emotion control. Battlefield control. Everything is monitored and kept under control. War has changed. The age of deterrence has become the age of control… All in the name of averting catastrophe from weapons of mass destruction. And he who controls the battlefield… controls history. War has changed. When the battlefield is under total control… War becomes routine.

Solid Snake is a great speaker, perhaps one of the best we have seen in any game, and he was probably at his peak in Metal Gear Solid 4. The very opening scene of MGS4 started off with a bang, as Solid Snake went on about how war has become much more complex and deep than it originally was. And with Kojima’s superb direction, the intro scene feels like nothing but a movie.

Visari- Defenders Of The Helghast Dream, Now Is Our Time (Killzone)

My people, sons and daughters of Helghan. For many years we have been a broken nation- shunned, oppressed and conquered by those we sought to escape. Days ago, I asked for time, and that time was granted by you. You, the strength in my arm, the holders of my dreams. Our forefathers embarked on the greatest exodus in the history of all mankind. An exodus for freedom. Helghan became that freedom. Our new world changed our bodies. At first, it weakened us. But in fact, we were growing stronger. In the time you have given me, I have rebuilt our nation. I have rebuilt our strength. And I have rebuilt our pride. Our enemies at home have been re-educated. We have given them new insights into our cause. On this day, we stand united once more. On this day, those driven to divide us will hear our voice. On this day, we shall act as one, and we shall be ignored no more. Defenders of the Helghast dream, now is our time.

The opening, and the best, few minutes of Killzone. Scolar Visari is a genius- that much can be figured out upon hearing his awesome speeches. And like the analogies that are drawn quite a lot of time not just in the game, but even on the forums, he was much like Adolf Hitler- a misguided genius. And yet, upon hearing Visari speak, we almost start believing him, start sympathizing with him. We start believing in the Helghan dream. That is how good a speaker he is- was. May he rest in peace.

Humans are no strangers to war. After all, we’ve been fighting for as long as we can remember. War is all we know. In the past, we fought for emulsion. We fought for country. We fought for freedom. But all that changed after E-Day. For fifteen years, we have been fighting for our very survival against inhuman, genocidal monsters. But it is a fight we cannot continue. Humanity faces extinction, unless we end this war now. We had hoped the Lightmass bombing would decimate the Locust Horde, but they survived… and have returned stronger than ever. They’ve brought with them a force that can sink entire cities. Even Jacinto, our last beacon of hope through all these dark days, is now at risk. Soon, we’ll have nothing left to defend. And that means, we have only one option… attack. Gears, what I ask of you now is not an easy thing, but it is necessary. If we are to survive, if we are to live long enough to see the seasons pass, our children grow, and experience a time of peace that we have never known, we must now take this fight to the Locust. We will go to where they live and where they breed, and we will destroy them. This is the day we take the battle to the heart of the enemy. This is the day that we correct the course of human history. This is the day we ensure our survival as a species. Soldiers of the COG, my fellow Gears, go forth and bring back the hope of humanity.

Gears of War 2 is, according to many people, not half of what the original Gears was, but an epic storyline, presented through brilliantly directed cutscenes, make it an awesome game. And with a speech to boot at the very beginning, it becomes completely unforgettable. Chairman Prescott motivates his people to take one final stand against the Locust as their final hope, or all life would diminish, until the human race is completely eradicated, and these “genocidal” aliens take over.