Hong Kong in 2056 is an ugly but endearing place teeming with adventure in Harebrained's latest.

Hong Kong is no city for the weak but the Hong Kong Free Enterprise Zone in 2056 is a place which devours all hopes and dreams. Under the shadow of the mega corporations, the lower dregs of society are confined to slums, salvaging whatever they can to survive. Media manipulation, corruption in law enforcement, massive conspiracies and immediate death follow those who decide to trifle with the mega corporations. This is the setting for Harebrained Schemes’ Shadowrun: Hong Kong, a turn based tactical RPG which embodies many of the studio’s previous efforts in gameplay mechanics but crafts a cyberpunk-meets-fantasy-esque world full of monsters, orcs, virtual systems, street samurai, brutal triads and much more which is exceedingly scummy but undeniably endearing all the same.

As the player character, you return to Hong Kong several years after your imprisonment following a run-in with the mega corporations. Though you’ve begun a less action-packed life in Seattle, a call from your foster father Raymond Black brings you back. Raymond is apparently in a heap of trouble and also contacts your foster brother Duncan Wu who works as a law enforcement agent with Lone Star. 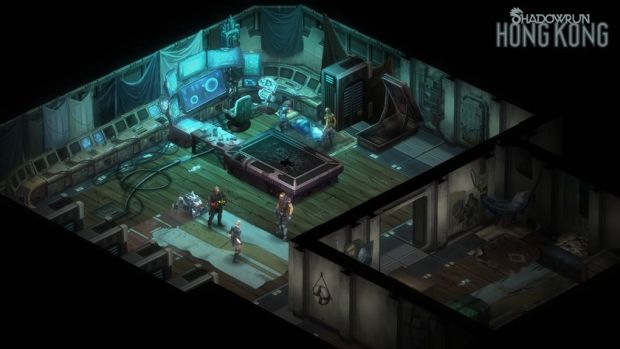 "Plenty of effort has gone into Shadowrun: Hong Kong’s dialogue and world building, and it’s just great overall, from the neon-bathed back alleys to moody lighting of inner quarters and shops."

When you first land up in Hong Kong, you’re engaged in street fights right off the bat. A run-in with lowly street thugs and smugglers eventually turns into a war with the police as you struggle to escape. With Gobbet, an orc shaman who can summon deadly spirits, and Is0bel, a dwarven decker who can hack into the Matrix for a myriad of solutions, you and Duncan eventually fall in with Kindly Cheng, a triad boss. Thus begins your journey as a Shadowrunner, a mercenary/thief/whatever-you-feel-like that lives in the city’s shadows while chasing leads regarding Raymond’s disappearance and his search for “Prosperity”.

Shadowrun: Hong Kong’s dialogue choices and characters had me from the start. The character creation itself is pretty strong, especially when it comes to the variety of classes available. Opting for the Street Samurai offered high critical damage with swords and a fairly stoic stance to greet victims with. The overall characterization of NPCs is very well done – Duncan’s tough attitude belies his past grudges for you and your sudden disappearance when you were still teens while Kindly Cheng’s sweet but manipulative demeanour immediately makes her stand-out.

This extends to even the minor characters you meet on the streets, from the researcher interested in Qi balance in the slums to an insubordinate lieutenant who needs to be kept in line and a lowly man who’s been mugged. Plenty of effort has gone into Shadowrun: Hong Kong’s dialogue and world building, and it’s just great overall, from the neon-bathed back alleys to the moody lighting of inner quarters and shops. Even those who may be wary when in it comes to classic-style, isometric, turn-based tactical RPGs will want to know what happens next or what stories await around the next corner. If I had a complaint, it would be that the beginning is somewhat slow, narrative-wise. Once you get rolling with Kindly Cheng and fully embrace the life of a Shadowrunner, it’s all up-hill from there. 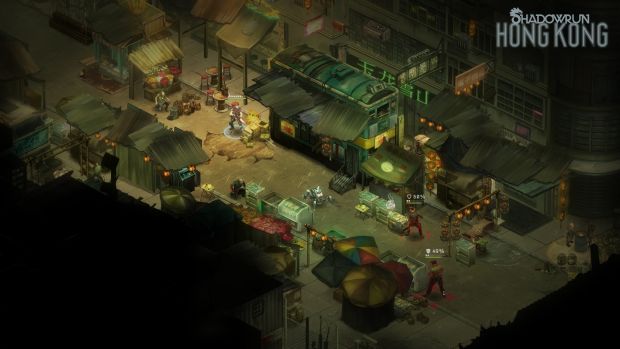 "Though there’s a brief tutorial when it comes to combat in the beginning, you’ll immediately have to escape from a death alley of sorts while taking cover against various, tough enemies."

That being said, Shadowrun: Hong Kong isn’t quite the friendliest of games to get into. The combat system will be very familiar to fans of previous games like Shadowrun Returns and Dragonfall, so much so that some may complain of very few changes. As it stands, the combat relies on action points and taking turns with each of your party members. Taking cover is the best option for ranged attackers while melee units should be focused on flanking and dismantling foes up-close. Options for staggering, poisoning and bleeding foes exist, and each party member has their own unique set of skills to aid you in battle.

A variety of other options exist, including hacking the Matrix to disable security drones or summoning a spirit to come to your air (be careful though – they may not be loyal for very long). Though there’s a brief tutorial when it comes to combat in the beginning, you’ll immediately have to escape from a death alley of sorts while taking cover against various, tough enemies. It’s not exactly the smoothest introduction to a video game but if you can power through it, you’ll be prepared for the challenges that lay ahead.

This same approach also bogs down the introduction to the Matrix. The Matrix is essentially a system which deckers can hack into and it helps for shutting down security doors among other things. However, it’s a mix of stealth and detection-based combat. The end puzzles also rely on properly discerning the right pattern from a list. Once again, there isn’t much of a tutorial when you’re thrown in for the first time but as you begin to pick up its various quirks, the Matrix becomes a cool diversion from all the combat. Overall, you might feel a bit annoyed by your overall character progress since Karma Points are required to level up but for the most part, it gets better as you undertake more missions. 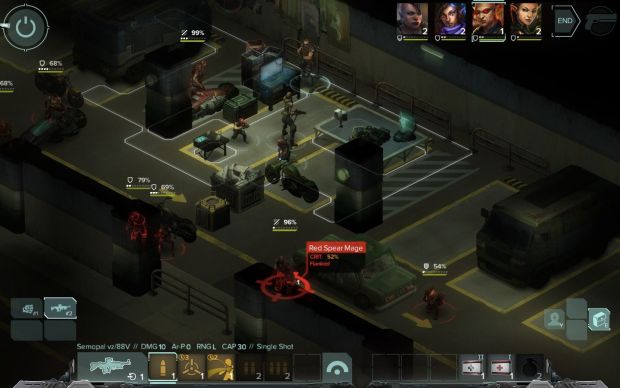 "Shadowrun: Hong Kong’s story may not rank it as the best in the series but it’s still an excellent, lengthy adventure set in a vibrantly harrowing world that’s fun to explore with strong combat mechanics and a wide degree of freedom."

Combat is important in Shadowrun: Hong Kong but you can just as easily spend your time talking through situations. Your responses will often dictate how certain characters behave with you and you’re never really stuck with a single approach when it comes to missions. Whether it’s breaking the front door down or sneaking through a secret entrance via the Matrix, Shadowrun: Hong Kong is built for all kinds of players. To make things even more open-ended for combat, you’ll have a variety of other Shadowrunners to choose from prior to each mission, in case one or the other party member isn’t doing it for you.

Shadowrun: Hong Kong’s story may not rank it as the best in the series but it’s still an excellent, lengthy adventure set in a vibrantly harrowing world that’s fun to explore with strong combat mechanics and a wide degree of freedom. Sure, you may have to read a lot to get through the game’s plot points and conversations, and there aren’t a ton of cut scenes to dazzle the eyes. The graphics also aren’t the stuff of AAA blockbusters, though the overall aesthetic and environment design brilliantly captures the atmosphere of a futuristic Hong Kong wallowing in despair. But if you’re a fan of games like XCOM: Enemy Unknown or even of the previous games in the series, Shadowrun: Hong Kong should be your next stop on the road to RPG nirvana…even if the beginning has a few bumps along the way.

Not many new mechanics for Shadowrun veterans. New players tossed into the thick of things with little warning. Extensive amounts of reading required for those who may be unaware. Lack of pizzazz in graphics may turn some away.

Final Verdict:
GREAT
Shadowrun: Hong Kong may be a familiar cyberpunk paradise for some and an altogether alien destination for others. However, for tactical RPG fans, it's still home sweet home.
A copy of this game was provided by Developer/Publisher/Distributor/PR Agency for review purposes. Click here to know more about our Reviews Policy.