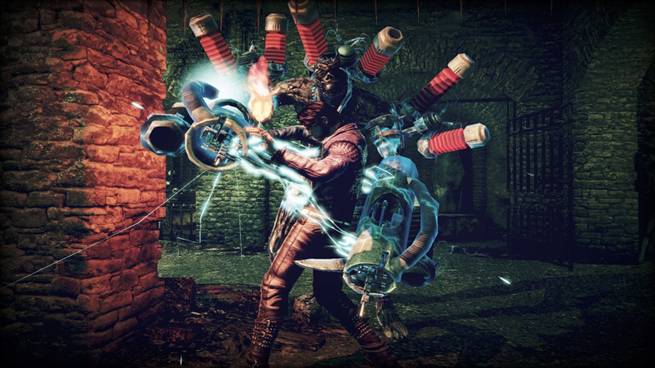 Composer Akira Yamaoka and Grasshopper Manufacture have  announced the release of the Original Soundtrack of Shadows of the Damned.

“I wanted to craft a soundtrack that was more than just a collection of the most popular songs from Damned. I set out to create an experience that would take players back to the game, as if they were “watching” a movie,” Yamaoka explains, talking about the soundtrack.  The soundtrack is limited to only 1000 pressings.

And as special bonus, Yamaoka will sign the first 300 sold to international customers. The OST is available on the GhM WebStore. In addition to the soundtrack starting September 9th, Kurayami, the official Shadows of the Damned companion art book by manga artist and Shadows of the Damned Boss Concept Artist Q-Hayashida (Dorohedoro), will go on sale.

The art book containsconcept art of Flemming and his Damned, a special Damned manga, and conversation with Suda 51 & Q-Hayashida (in Japanese).