Shadwen Interview: A Game of Shadows With Frozenbyte

Frozenbyte’s Shadwen is a bit of a new experience for the developer – which is a definite understatement given the developer’s involvement in the Trine series, a side-scrolling platformer puzzler. In comparison, Shadwen delves into stealth, incorporating a myriad of different mechanics from a wide range of games to pull of its medieval, guard-slaying escapade. Whether it succeeds in that regard or not is up to you but it’s still interesting to see the development process involved.

GamingBolt spoke to Kai Tuovinen, marketing in-charge at Frozenbyte, about this and other aspects of the game, not to mention industry trends likely to make headlines in the coming weeks. 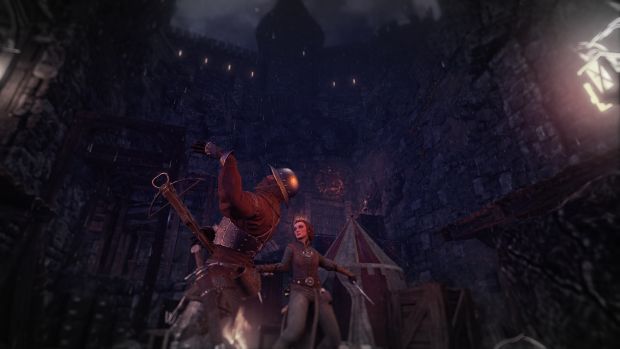 "The storyline and the relationship between Shadwen and Lily plays a significant part.  The story changes depending on your actions – whether or not you decide to kill in front of Lily. "

The Trine series fit into an interesting genre (2D platformer/puzzler solver/action game) but Shadwen seems to draw from a pool of different genres. What inspired it?

One of the original inspirations for Shadwen probably came from a game concept we’d envisioned many years ago, which was about murdering people in a medieval world,  and based on stop-motion animations.  It was never taken further than the idea phase, but you could say it was one of those inspirations in the back of your head for Shadwen.

Our main starting point for Shadwen was to use the grappling hook from Trine 3. It was the most tech-heavy feature of that game and it was heavily underutilized for the amount of effort it took to create. We had wanted to try out the stealth genre for a while,  so the pieces fell together quite quickly after our initial tests. We implemented the various time mechanics soon after we began playing with the grappling hook in a full 3rd person 3D environment, as it was much easier to aim the rope where you wanted when paused mid-air.

How significant is the story in Shadwen? How do player actions factor into the overall flow of the story and its conclusion?

The storyline and the relationship between Shadwen and Lily plays a significant part.  The story changes depending on your actions – whether or not you decide to kill in front of Lily.  The girl will be traumatized should you opt for violence, and the relationship and dialogue between the two characters changes accordingly.

There are two different endings in Shadwen that can be achieved by three different play styles:  Completely lethal (killing everyone on your way), Non-lethal (no violence at all), and a mixture of both where you might kill, but hide the bodies and kills from Lily

Is there a concern that Shadwen‘s stealth meets time manipulation meets rewinding progress mechanic could be too difficult for the majority of players to grasp?

I don’t think it will be too difficult to grasp, but some players might be a bit uncomfortable with the time-stopping mechanic at first.  The rewind is very intuitive as you can see everything that happens, so people will probably be using it a lot.

What obstacles did you run into when designing levels and scenarios with this kind of unique stealth approach?

Balancing the levels to the two-character approach was probably the biggest challenge. With Shadwen you can easily use the rope and rooftops to get to the end of each scene in an instant, but to create interesting routes for when you have to get Lily there as well, that was one of the things that required the most thought in the level-design department. 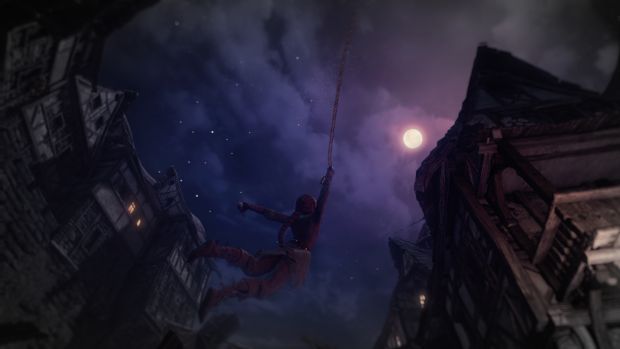 "If the guards see you they shoot you, and if they discover bodies of their fellow guards, they’ll go into alert mode and attempt to ring the bell at the end of the “room” they’re in."

What can you tell us about the AI and how it reacts to the player’s actions over time? How does it affect how various missions can play out?

The AI of the guards is probably not the brightest you’ll see because the helmets block so much of their vision!  The guards are not super-alert and don’t instantly detect everything, because that would make playing very frustrating, so we made them a bit easier for players to deal with.

If the guards see you they shoot you, and if they discover bodies of their fellow guards, they’ll go into alert mode and attempt to ring the bell at the end of the “room” they’re in. If you’re detected, it’s over, but if guards are alerted and they haven’t spotted you, you still have the chance to prevent a game-over if you stop them (kill them) in time before they reach the bell.  The traps come especially handy in those situations, should you decide to try to play it out instead of rewinding.

Are there any challenges or other unique extras that players can indulge in apart from the main story?

No – just the two main story lines depending on your play style.

What tools will players be able to use to navigate across these levels? Will there be other items to unlock as the story progresses to diversify the strategic possibilities?

Your main tool for movement,  the grappling hook,  is crafted in the first Shadwen level. But different trap schematics can be found in the following levels, and they vary from deadly nail traps, poison dart traps,  to explosives, as well as non-lethal decoy toys. They may or may not help your progress. Often it’s more chaos.

How long will it take your average player to complete the story for Shadwen?

I would say 5-7 hours is a good average. It depends on a number of things – Your play style (non-lethal is typically much harder), your skill level and willingness to explore and gather traps. 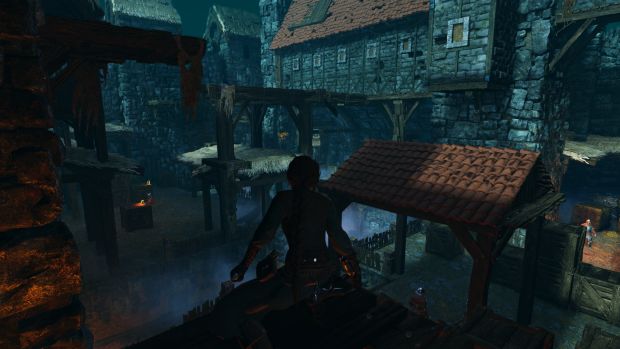 "That’s not to say we wouldn’t want to bring our games to the Xbox One – we do, but it’s just a lot harder especially if we’re not simultaneously shipping on all console platforms."

Is there a possibility of sequels or post-launch DLC to continue the game’s legacy?

We’ll see how the game sells,  Shadwen is a new IP for us so we’ll have to consider the success before we commit to any sequels at least.

Will you revisit the Trine series after Shadwen or pursue other projects in the meantime?

At some point hopefully – we still have some other new things cooking, so it might take a while before we return to the Trine series.

Shadwen is yet another game from Frozenbyte that did not launched on the Xbox One. Why do you think this is happening?

We wanted to do a multiplatform launch for Shadwen, but there’s only so much we could do at the same time,  given the time frame that we had.  It all boils down to our history with the two consoles. We’ve done three games for PS4 so far and none for the Xbox One, so it was of course easier to continue on that path.

That’s not to say we wouldn’t want to bring our games to the Xbox One – we do, but it’s just a lot harder especially if we’re not simultaneously shipping on all console platforms.

I am assuming that you must have heard rumors about an upgraded PS4 (code name Neo) flying around the internet. There is apparently a marginal improvement in CPU but impressive improvements in the GPU and memory bandwidth. As someone who is in development, what is your take on this? What kind of improvements do you think this will result into? (this question is from a theoretical perspective since nothing is confirm yet)

I’ll have to go with the pretty standard –  better graphics, better frame rate guess. It could be related to PS VR but time will tell. 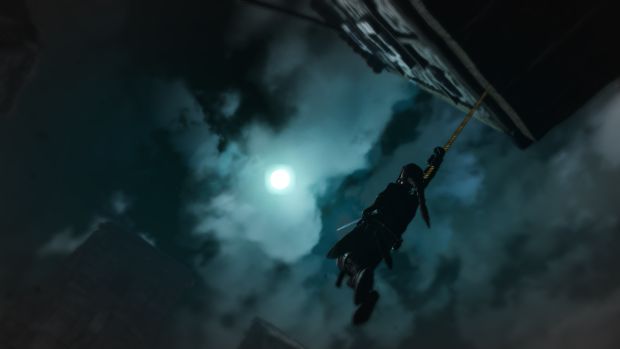 "We’re always looking at new platforms and the NX has been quite the mystery. We look forward to more information about it."

Do you see devs aiming higher performance parameters for Neo and delivering sub-optimal performance on current base model PS4? (this question is from a theoretical and developer perspective since nothing is confirm yet)

I believe that’s a valid concern and what a lot of people are fearing.  If the rumors are true about mandatory support for the “old PS4”, then it’s a bit puzzling what the purpose of NEO really is from a developer perspective.  Of course as developers we’d want to support both platforms, but if we were making a game that could only run on the higher spec device, we’d have to consider our options on what to do with the version that’s coming to the older hardware to make it work. Naturally we’d look for a solution that would be great for both 🙂

Nintendo NX is scheduled to launch next year, do you have any plans to support that platform?

We’re always looking at new platforms and the NX has been quite the mystery. We look forward to more information about it.

In your opinion, what is Sony and PS4 doing right and Microsoft and Xbox One doing wrong? (given the PS4 is literally leading this console cycle)

For us it was mostly about the initial launch timing and sending out dev kits at the time. There were a few months in between getting the PS4s and Xbox Ones. We got the PS4 kits first and started developing for that platform, while we were still waiting for the Xbox kits to arrive. So that’s been the story for us so far.  There are also some differences in policies regarding game approvals that are easier on the PS4 side, but I think Sony just got a bit of a head start in getting the tech out to developers.