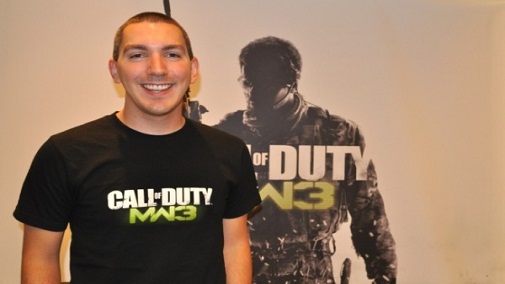 Robert Bowling just resigned from Infinity Ward from his position of creative strategist at the studio, and while he seemed pretty displeased, the Call of Duty players sent a lot of vitriol his way.

I mean, all this over a game? What is wrong with people. Some of these comments are funny, for example, “Glad ur off the IW team cuz u single handedly ruined call of duty worse than cheeseburgers ruined Christina Aguilera,” but when you compile a lot of these comments, you realise what a bunch of horrific people these are.

Check them out below, they’re completely shocking.

IHuSsAiiNI
@fourzerotwo YES AT LAST YOU FUKING USELESS FAGGOT. I HOPE YOU DIE YOU PIECE OF SHIT WANKER

JamesMcMullan5
@fourzerotwo Today I go out buy a sniper rifle kill you and your family sell you’re body to a convicted rapist that is also a necropheliac!

Nice_Guy_Jay
@fourzerotwo I hate you so much man, its hilarious, if you ever get another job, i hope its at the dump, cleaning up shit like yourself.

OMGItsBirdman
Yo @fourzerotwo I heard you got fired because one of the requirements for working there was that you had to have felt pussy before. True?

JRusseII
@fourzerotwo finally. they should of fired your dumb ass a long time ago, fucking shitty ass job you did with mw3.

RobbertTheDutch
@fourzerotwo So you ruin everything, and just LEAVE? Pussy.

Gearhead2012
@fourzerotwo aww is it because you suck dick and should kill yourself? is that why? yeah…just die…you suck as a person….go die now…

JoeFromThePub
Robert Bowling / @fourzerotwo Is it possible to lag your way through the door so it won’t hit you in the ass? #MW3 #HappyTrails

So, yeah. Pretty sad. The CoD community is truly the worst out there.