It’s not every day you assume the role of Sherlock Holmes and John Watson as you go about solving the mysteries of the world. It’s also not everyday you take on the roles of these men to unravel the intrigue behind “Crime and Punishment”, arguably one of the greatest philosophical novels of all time. Sensibilities intertwine with the law, and sometimes, doing something bad isn’t always the route to delivering good to the world. The novel by Fyodor Dostoyevsky explored these tangents vividly. So what happens when you deliver this into video game form and then add Sherlock Holmes and Watson to the mix? It’s indeed a formula for entertaining gameplay and a captivating story.

Frogwares’ Sherlock Holmes: Crimes and Punishments will explore these moral plays and put the power in players’ hands to either condemn a criminal to jail or to set him free. How did Frogwares translate the novel into video game form and ultimately adapt Sherlock Holmes into the mix? GamingBolt spoke to Marketing and Business Development at Frogwares Olga Ryzhko about the same along with the benefits of adapting Unreal Engine 3 in the series for the first time.

Rashid Sayed: What prompted the desire to go with the novel “Crime and Punishment” for the next Sherlock Holmes game? How much of an influence did the recent Sherlock series have on the characters of Holmes and Watson?

Olga Ryzhko: Let’s admit it ‘Crime and Punishment’ by FM Dostoevsky is one of the greatest novels in the world literature. It appeals to the human senses: both to your conscience and mentality. The very core of the novel lies into the psychological side of the crime and its moral consequences.

This guy, Radion Raskolnikov, he hacked two old ladies with an axe, its hard to describe how awful it is; though he is the man with a huge heart, thoughtful and honest, he loves all the mankind. So he actually does this driven by the good intentions.

But the law is reason free from passion; it kind of isolates you from the society while you are always tied to your environment. So there is this common thing (as I see it) for the novel and for the game – does the punishment fits the crime? Again, same as in the novel – you are the only one to decide.

Speaking of the recent TV series featuring Sherlock Holmes and Dr Watson, indeed there is an influence. It is almost 14 years we are working on the license, so the new series and movies help us seeing the detective from a different perspective, a different angle. Of course we are big fans of all things Sherlock Holmes – there are more than 200 movies featuring the character and probably an entire library worth of books, there is also the fan-fiction – a universe simply saying. Not saying that we follow everything but a greater part for sure. 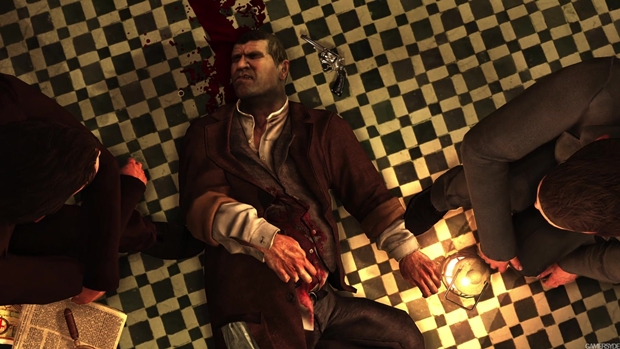 "Crimes and Punishments will offer you 6 different cases to solve; each of them has 3 – 5 possible solutions and a moral choice to make – so yes there are definitely multiple endings in the game."

Rashid Sayed: The addition of Sherlock Vision helps players by highlighting evidence. How does this affect the gameplay? Is there a risk that it may make things too easy for some players?

Olga Ryzhko: It is true that we enhanced Sherlock Holmes: Crimes and Punishments with new features that we hope will deepen the investigation part, with talents that will help you feel being the detective. This is something that we did not have in the previous games and we are happy to bring it to the new one. On the whole we are talking about 14 new gameplay mechanics, investigation mechanics first of all.

Sherlock Vision is one of them, it will highlight some objects or places worth of your attention. It doesn’t mean though that you can enable Sherlock Vision at the beginning of the game and make a speed-run of the game, finishing it in 2 hours.
Sherlock Holmes is known to pay attention to those details that common people ignore or do not find them significant, right? This is the exact sense or meaning of our Sherlock Vision – to notice the evidence and to pay enough attention to it, being able to link it to other clues.

Speaking of the easiness or difficultness of the game, there are two core parts in Crimes and Punishments. First goes for investigation or detective work (this is when you are going to use all Sherlock talents and special skills) and second goes for deduction or linking all the clues together and making your own conclusions on the case. (It is for the first time we are giving players this ability to make their own deductions, i.e. you may succeed or fail the investigation!) So if you say that finding leads may be somewhat easy for you, let’s wait to see how you are going to proceed further with the deductions and then with this knowledge that you obtained during your investigation.

Rashid Sayed: You guys plan to challenge and question player’s morals in this game. How does this translate into gameplay?

Olga Ryzhko: Not that we are going to judge your personality, black or white, but we indeed will question it. In Crimes and Punishments you answer two questions:

2- What are you going to do with the information you obtained during your investigation? Whether you want to absolve or condemn the culprit.

Sir Arthur Conan Doyle never portrayed Sherlock Holmes as the one torn by moral dilemmas; so you cannot actually rely here on what his character will do or what will be more appropriate for the detective – it is going to be only your choice and you will be the only one to bear the consequences further in the game. 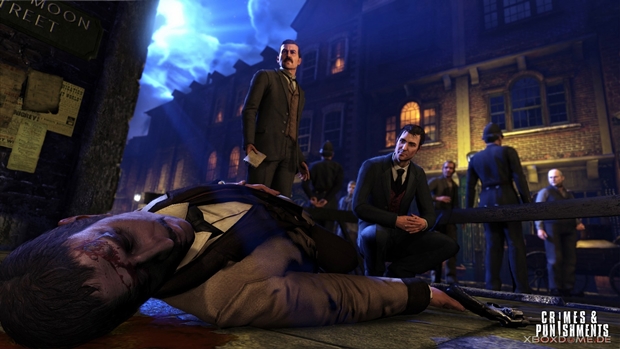 "For years we were using with our own in-house engine: simultaneously working on the games and on the technology itself – a rare thing to do. Our previous game, The Testament of Sherlock Holmes, proved to be a beautiful game in terms of graphics, especially for PC."

Rashid Sayed: Crimes and Punishment will feature a branching narrative. Will there be multiple endings? Concerning the moral choices, is it possible to have Sherlock turn into something less than a noble detective by the end of the game?

Olga Ryzhko: Crimes and Punishments will offer you 6 different cases to solve; each of them has 3 – 5 possible solutions and a moral choice to make – so yes there are definitely multiple endings in the game. What’s tricky is that we are not going to show you the right solution – it’s your investigation and it’s up to you to decide on people lives. So we are not going to judge or evaluate on your detective skills as well as your moral principles.

Our biggest intention with the game to make you really feel being Sherlock Holmes – you are the one to make him a noble genius or ill-favored consultant. At the end of each case there will be some sort of statistics that will compare your choices with the rest of the players – we are already curious to see the result.

Rashid Sayed: This will be the first game to use Unreal Engine 3. What benefits have you managed to derive from the engine and how does it improve on the visuals of previous games?

Olga Ryzhko: For years we were using with our own in-house engine: simultaneously working on the games and on the technology itself – a rare thing to do. Our previous game, The Testament of Sherlock Holmes, proved to be a beautiful game in terms of graphics, especially for PC.

Changing the engine was deliberately considered, if not urged; it opened a whole new perspective for the game: it has bigger and more dynamic settings compared to the previous game. We are putting a lot of work into environments and we don’t need to sacrifice the level of details in the new game or lightning and shading, etc. With the help of Unreal Engine there is more interaction now: it allowed having all those new investigation mechanics we were not able to have in the previous games.

Rashid Sayed: Will “Crimes and Punishments” be more open ended compared to other games in the series?

Olga Ryzhko: Yes, definitely! We can choose up to 12 endings per case, so your detective path is unique.