Shing! Will Favour Performance Over Resolution, Xbox One X Might Allow Higher Resolution Than PS4 Pro

The developers’ main aim is to hit 60 FPS on all platforms. 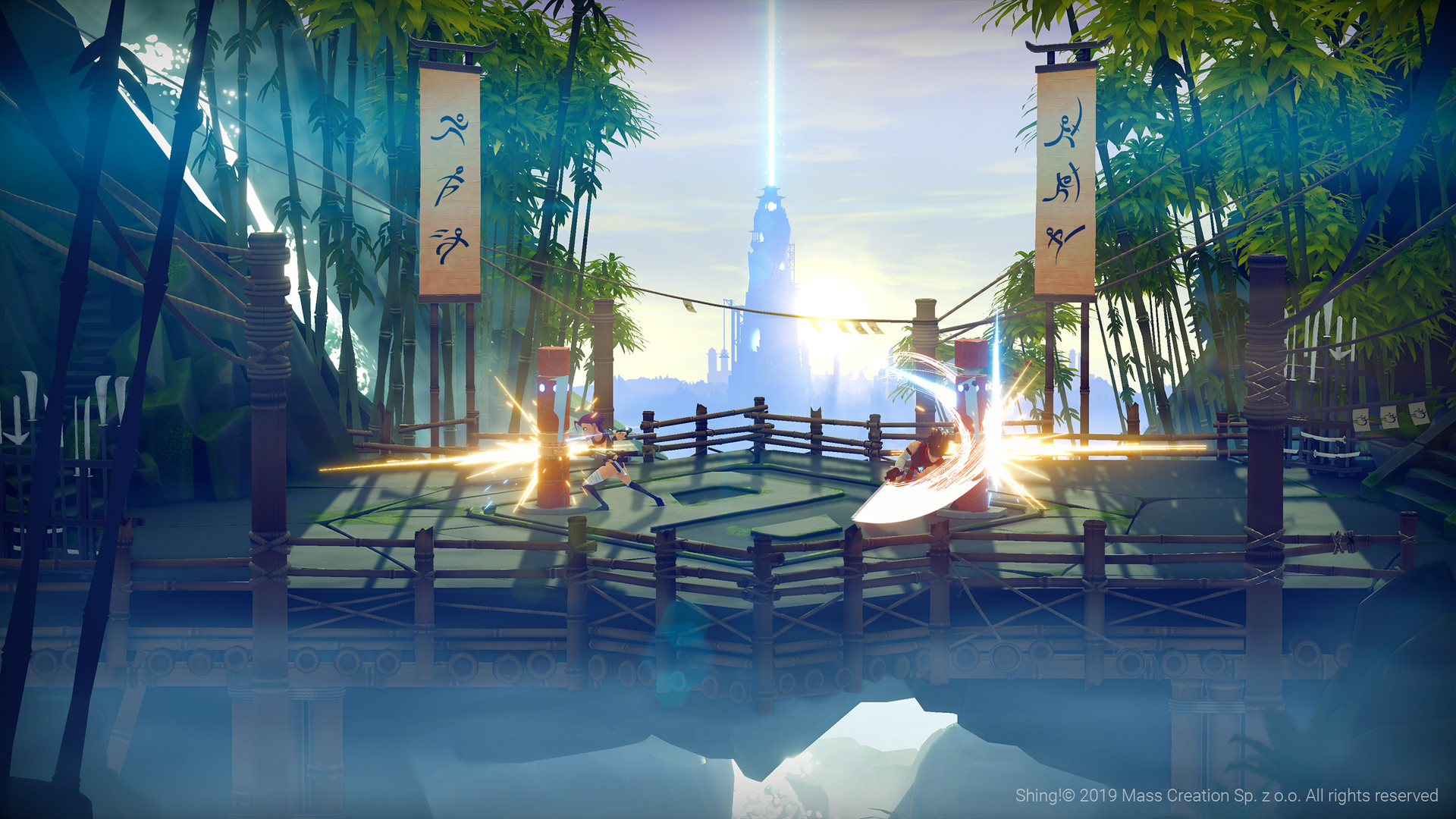 Thanks to their added hardware capabilities, the Xbox One X and the PS4 Pro usually allow developers to enhance their games’ visuals and performance in various ways. Most games do tend to have enhancements on both the upgraded consoles, and though more often than not developers tend to go for crisper image quality at higher resolutions, every so often games instead choose to go for higher frame rates – depending on what sort of a game that is, of course.

One such game that is going to do that is Mass Creations’ upcoming beat ’em up Shing! Speaking with GamingBolt in an interview, Mass Creations’ game director Grzegorz Kurek and game designer Andrzej Sugier said that their priority, first and foremost, is to get the game running at 60 frames per second on all platforms.

When asked if the game will feature any Xbox One X enhancements, they said that due to the game’s “particle effects, volumetric lighting, tons of enemies on screen, and body parts flying all over the arena”, they’re going to have to use all the power the system offers to ensure a stable frame rate at 60 FPS, which means they’ll have to sacrifice a 4K resolution.

“60 fps is a must on all platforms,” they said. “The specs of Xbox One X allow us to aim for higher resolution but with all the particle effects, volumetric lighting, tons of enemies on screen, and body parts flying all over the arena we need all the power we can get to maintain high performance. It is a matter of choosing between 4K and a higher quality of PBR, textures, volumetrics, and effects in general. It’s a choice we will have to make closer to the release date, or maybe we will leave it to the players?”

And how will the PS4 Pro version turn out? While the developers are hoping that the Xbox One X’s specs will allow them to aim for a higher resolution, when it comes to Sony’s enhanced console, they’ll be using dynamic resolution- though resolution won’t drop below 1080p.

“Frame rate is 60 fps, it has to be, so higher resolution is not a priority on PS4 Pro,” the developers told GamingBolt. “Dynamic res is an option here but it will not drop under 1080p, that is an absolute minimum even during the heaviest fights with four players on screen.”

On the base PS4 and Xbox One, maintaining a frame rate of 60 FPS will once again be a priority for Shing!, with the developers saying that that is “paramount” for them, and if they have to make sacrifices for that in the graphics department, they will do it.

“Once again, maintaining a stable 60 fps on base consoles is a priority,” they said. “To achieve it some cuts in terms of screen resolution and post processing have to be made. It’s nothing major but those few less lines of pixels and a bit lower setting of, for example volumetric lighting, sometimes give a major leap in terms of performance. Gameplay experience is paramount for us so if the cut in terms of graphics will not heavily affect the general style and reception of the visuals – we will do it.”

Shing! is due out in 2020 for the PS4, Xbox One, Nintendo Switch, and PC. Our full interview with Mass Creations will be live soon, so stay tuned.