Posted By George Reith | On 03rd, Jan. 2012 Under Reviews | Follow This Author @GNReith

In our post-modern culture where nothing can be truly seen as original and new, gaming, along with just about every other medium out there, is looking to the past for inspiration. This has resulted in the current trend for games to look like they’re out of the 16-bit era, but there have been a few that have dared to play like their retro predecessors as well. Shinobi is one such game, revoking the 3D gameplay of its 2002 PS2 forefather in favour of the classic 2D gameplay of the 90’s Shinobi games. It does so successfully for the most part, but there is a reason why these styles of gameplay have died out as of late.

Following my usually abstract introduction, this would normally be the part of the review where I briefly summarise the game’s story. This isn’t to be the case though with Shinobi as, in making itself very obviously part of an old gaming tradition, the story is arbitrary and minimal at best. For those who are interested, it serves as a prequel that tasks long time protagonist Joe Musashi’s father, Jiro, with defeating the evil Neo Zeed crime syndicate. The story exposition doesn’t give away a lot though, with merely static scenes being accompanied by clichéd platitudes on inner tranquillity, and all those other fun abstract concepts and one-liners that have been handed down through generations of kung fu movies. 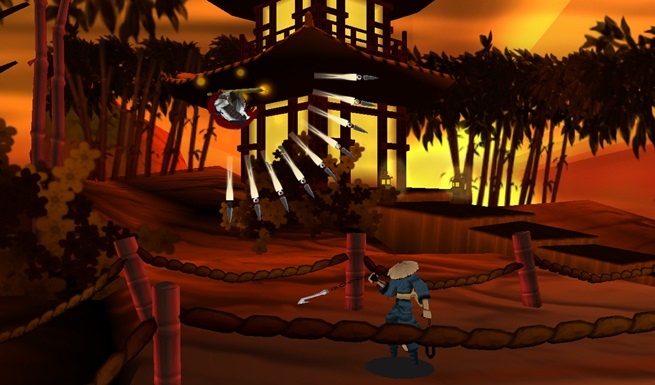 The textures are pleasant, but they tend to seem a bit cut and pasted as the game goes on

The plot isn’t really the focus here though, as Shinobi is all about the gameplay. Though 2002’s Shinobi on PS2 introduced the series to 3D environments, Shinobi on 3DS decides to take the series back a step, instead going for 2D gameplay with an isometric twist. This keeps things simple, and the 2.5D perspective helps bring the stereoscopic 3D capabilities of the system to the fore. This is, surprisingly, one of the better games for the 3DS’ trademark visual capabilities, with the already pleasant backdrops coming to life with a flick of the 3D slider. Graphically speaking, the game is quite arresting and, though the textures can often repeat and feel oppressively monotone, there is something oddly captivating about the way some of the game has been aesthetically designed.

Indeed, this simplicity is part of Shinobi’s overall charm, with classic 2D platforming awaiting within. This simplicity is only superficial though, as the game itself is anything but. In returning the series to its routes, Griptonite Games have brought in the usually absurd difficulty that has always been associated with the series and retro gaming in general. Shinobi is tough, very tough. The game does have an easy mode for those who want a smoother ride, but this is still much more challenging than the majority of games of this generation. Instant death upon falling, the inability to hold a block for more than a second and a whole load of cheap enemy spawns and attacks are just some of the techniques Griptonite Games employ to break your spirit in Shinobi. This is one of the those titles that, if you think you’re at all skilled at games, will quickly show you how meagre your skills truly are. Though I may be somewhat bemoaning of this intensity, it’s initially a great source of excitement in Shinobi. With so many contemporary titles holding your hand and drip feeding you gameplay segments ever so slowly, Shinobi just gives you a text help file and tells you to man up. It starts off as refreshing and quite endearing if you grew up with games that offered a similar challenge. 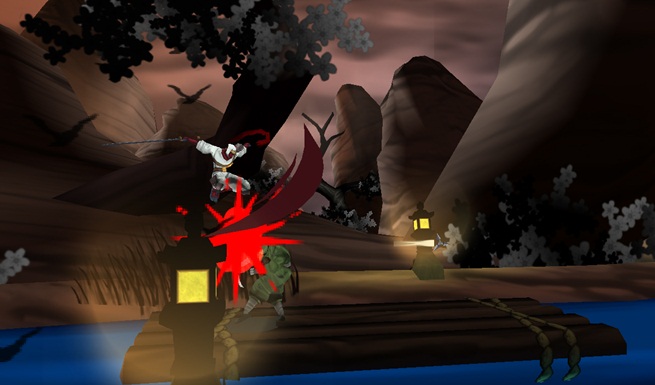 I hope you like the look of that enemy, because you’ll be seeing a lot of him. And he’s a dick

This masochistic pleasure begins to fade after some time though, if mainly due to the game’s repetition. The problem in games with such simple mechanics is the need to keep things fresh with engaging level and enemy designs, an accolade which Shinobi fails to achieve. It also makes the difficulty seem cheap as, in other tricky games you are faced with a specific boss enemy or location that seems like it will be challenging, Shinobi just spams the same peons at you consistently, with you dying eventually on account of losing your nerve. If it had been paced better, and included a greater variety of enemies, Shinobi’s difficulty may have kept the experience fresher for longer.

If you’re the type who’s looking for the brand of challenge on offer in Shinobi, you’ll probably find a lot to enjoy on the cartridge. The game itself, though not especially long, is significantly lengthened by the game’s difficulty. Though there aren’t a huge amount of levels, it will take the average gamer a surprisingly long time to get through them all. There are also various unlockables and the oddly alluring promise of an ever higher score for those who want to further test their abilities. Though the game offers a fair amount of content, its price tag remains a point of issue. The game definitely looks like a contemporary retail title, but it feels like the kind of retro throwback you’d pay much less for on a DLC service. I’m not saying this to criticise the game’s quality in any way, but Shinobi’s retro charms do not endear it to a full RRP particularly well. 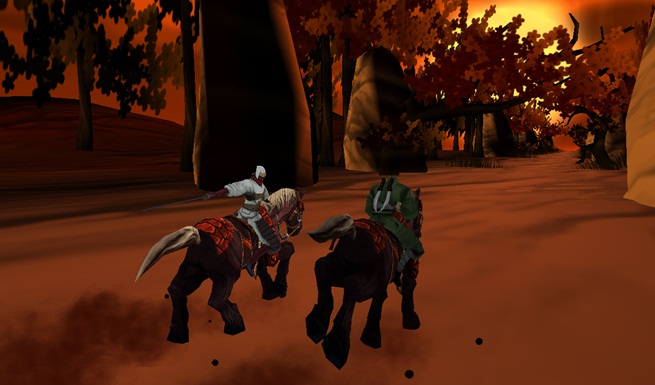 Horseback and car chase sequences are fun diversions, but they don’t offer the variety you’d expect

Shinobi is a game from an older guard in the guise of a modern hand-held title. It’s not entirely out of place in our current generation of gaming, but its retro charms are a double-edged sword. If you can withstand some archaic design choices and want to revel in a time when games let you do stuff without a lengthy tutorial, then you should put Shinobi somewhere on your to do list. If you’re a bit strapped for cash and aren’t looking for a brutal lashing from your games any time soon, then look elsewhere for your thrills.

Arguably too expensive for its simplicity, Provides a level of difficulty that often feels unfair, Repetitive enemy spawns

To complement the modern trend of purposely retro gaming, Shinobi on 3DS brings the franchise kicking and screaming back to its old school roots. Whilst it makes a successful transition, its price point and unashamedly difficult gameplay are likely to needlessly frustrate potential buyers

A copy of this game was provided by developer/publisher for review purposes. Click here to know more about our Reviews Policy.
Tagged With: 3DS, Griptonite Games, Sega, Shinobi