Shinobi – What The Hell Happened To It?

Where did he come from, where did Shinobi go?

Back before Tide Pods were the cool way to rebel against your parents, we all had that rude, crude speed dude, Sonic the Hedgehog. The too cool for school blue blur rocketed Sega and the Genesis to the top of the world for several years, but his success makes it easy to forget the many other premo series that Sega had in their stable back in their prime. Sonic may have had the spotlight and Alex Kidd held a special place as the original, but always in the shadows was Shinobi. But why has it stayed there? 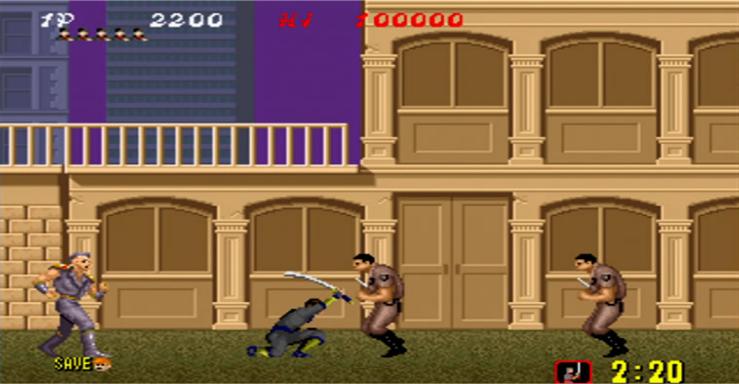 The series has roots all the way back to an arcade side-scroller in 1987, before the console wars of Genesis and SNES were so much as a whisper on the playground and during a time when Sega was a large player in arcades. Largely featuring Joe Musashi, the titular Shinobi, who has to match strengths against the Ninja Crime Syndicate Zeed to prevent them from reverting Japan to a civil war torn nation. Yeah, game narratives were fun back in the late 80’s.

Interestingly, the original Shinobi game never made it to the Genesis console, since it wasn’t quite a thing at the time, making it to the little remembered Sega Master System a year later and then to basically everything else, including the NES by the end of 1989. The game was designed to be easy to grasp and enjoy, with jumping, melee and shuriken attacks, and Ninjutsu moves being mapped to three buttons and a joystick on the arcade cabinet. Home console ports were generally well received, probably because they toned back the quarter gobbling difficulty by altering mechanics, such as giving Joe a health bar.

The huge popularity of the original arcade release spurred Sega to begin considering Joe Musashi as one of their headliners, and thus the floodgates would open with both Shadow Dancer and The Revenge of Shinobi launching in 1989. The second and final arcade entry would borrow almost all of the mechanics from the first game, and also do a dog companion many years before games called it innovation.

Revenge of Shinobi is where the series finally hit the big time, where it was a huge player in Sega’s 1989 lineup for the Genesis console, intended as a showpiece for the brand new hardware. Director Noriyoshi Ohba would take the series in a decidedly new direction, not only lifting earlier console port’s decision to introduce a life bar for Joe, but to have the series tweaked to better fit onto a home console by making it more story driven. So in the spirit of the 90’s, the ninjas from the first game kill his master and kidnap his wife. What a time to be alive. 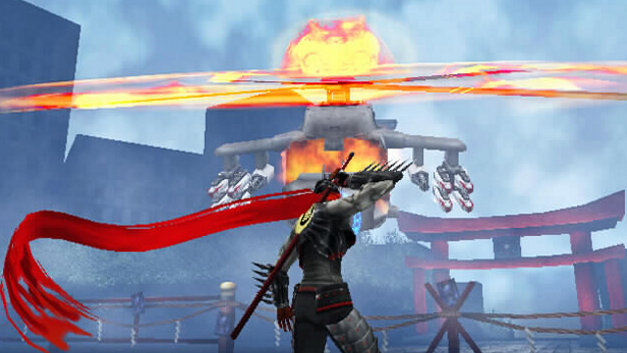 Perhaps that bravery to laugh in the face of copyright infringement was what made the series so memorable in the first place, since to Ohba’s own admission the reason you see Joe Mushashi go toe to toe with Rambo, Terminator, Spider-Man and even Batman appear as bosses in the game comes from a lack of his creativity, and not passing the memo along to the character designer that he was supposed to add their creative touches to them. The wall crawler himself is part of a fun piece of trivia for the game; it’s the only Genesis game to receive a revision 20 years following release, since his presence prevented rerelease due to licensing. So before the Wii Virtual console rerelease, they removed the Marvel credit and made him pink, making it ok.

The earlier arcade title, Shadow Dancer, would receive an adaption on Genesis called Shadow Dancer: The Secret of Shinobi. Enhancements to the control were well received, while the game strangely maintained the single-hit lives from the arcade. Depending on what manual you ask, the protagonist is either Joe’s son Hayate Musashi or Joe himself out of retirement. The game maintained mostly positive reception, aside from some outlets who believed that it was too difficult and a step back from the previous game.

It would be three years of Master System and Game Gear spin offs before Joe would resurface from retirement once again to take on Neo Zeed. Originally, Sega wanted the game to launch a year earlier, but apparently, they had some standards in 1992. Sega delayed and reworked Shinobi III: Return of the Ninja Master by a year, after a handful of gaming magazines had already released coverage on their game including screenshots and reviews, apparently because the publisher was not satisfied with how it performed for those reviews. Likely the right choice to make, since the Genesis version of the game is still widely considered one of the best titles on the system. While the game did remain well received, it also began to shy away from the staple difficulty and mechanics of the series, instead focusing on speed and style over difficulty, which some developers didn’t quite care for.

And just like the flash of a blade in the night, the Shinobi series would disappear before it even really began. Shinobi X on the Sega Saturn felt like a half-hearted attempt to reboot the series on the Sega Saturn, but the 3D craze had taken full hold by this point. There was no room in a 3D world for a 2D action game, and Sega was falling fast. The review scores reflected this change, and Shinobi would only see one more true sequel, as the Dreamcast title eventually launched for the PS2 in 2002. The repetitive gameplay left it wanting as well. That title did just well enough to gain a sequel in Nightshade, but little else. 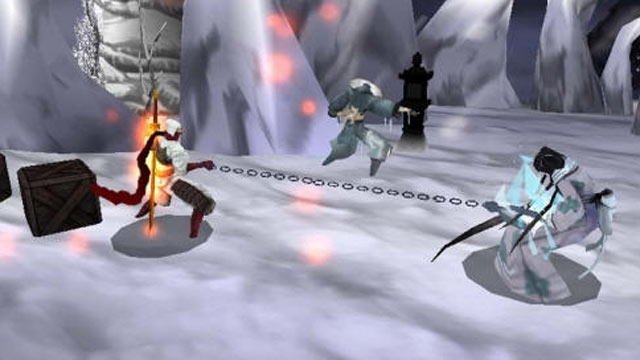 Shinobi has remained in the shadows of its former glory for 7 long years at this point, following on from a rather disappointing 3DS entry that tried to do the Retro Revival thing, and the mini-game touch compilation thing at the same time, long after both had somewhat fallen out of vogue. Shinobi slipped away almost completely in lock step with a Sega that found itself flailing around, desperately trying to keep its consoles alive, and that’s what I feel brought the series down with it. Could Shinobi have a future? Sega made promises in 2017 that it was going to start listening to fans that it needs to pay off. Could Joe come out of retirement once again with a Platinum Games led revival? We need a new ninja to walk into the scene since we’re short a Hayabusa. We need a Shinobi.