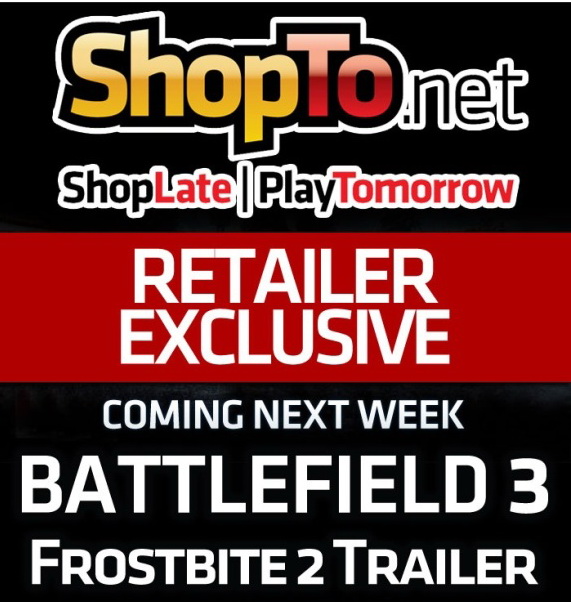 According to an email sent out by the retailer last Friday, the trailer, titled “Battlefield 3 Frostbite 2 Trailer” will contain previously unseen footage from the game and will be exclusive.

Here’s the image which was sent out by them (thanks, GAF.)

Another new trailer is schedule to go live on the official Battlefield 3 website later today, which will continue the faultline series.

Battlefield 3 releases this fall for PC, PS3 and Xbox 360.