Should The Xbox One Scorpio Have Been A Full Fledged Next Generation System?

The Scorpio won't be a next generation console- but what if it was?

I‘m on the record as saying that the iterative, upgraded consoles model is the way of the future– and I truly, really believe that, in spite of the indifference with which the PS4 Pro has been received in the market. However, the more I think about the Xbox One Scorpio, Microsoft’s upcoming planned upgrade to the existing Xbox One, the more I am convinced that from Microsoft’s perspective, at least, it might be for the best if they just rebrand and position the new system as a brand new, next generation successor system, rather than keeping it tethered to, and straddled with, the current Xbox One.

The questions and oppositions to a proposition like this are many and immediately obvious- why? Why should Microsoft do that? What would they even have to gain from doing something like this?

First, let’s start with the most basic reason that the Scorpio would be better off as a discrete, independent console that doesn’t have to worry about parity and intercompatibility with the existing Xbox One at all times- its sheer power. At this point, we know that the Xbox One will have a 6 TLOPS GPU, we know that it is possibly going to have a cutting edge, state of the art AMD Vega based CPU, and we know that rumors put it as having 12GB of RAM. This is, in every way possible, a major leap over the existing Xbox One- it is, in fact, pretty much a full on generational leap in terms of hard specs. Add to that its support for additional next generation technology, such as VR, which the existing Xbox One does not and cannot support, and the case for the Scorpio as a next generation machine becomes pretty easy to argue.

The natural and obvious question that arises then is, why are Microsoft keeping the Scorpio straddled with, and tethered to, the existing Xbox One? Even the most ardent fan and defender of the Xbox One will not deny that it is a weaker machine than the PS4- at this point, every multiplatform game performs worse on Xbox One, and the specs of the system weren’t even impressive in 2013, when they were first announced, let alone now, almost four years later. And by keeping the Scorpio tethered to this machine, Microsoft are effectively ensuring that all of its formidable resources, all of that extra power, will never actually be tapped into.

"The case for the Scorpio as a next generation machine becomes pretty easy to argue."

By mandating parity between Scorpio and Xbox One, Microsoft have ensured that all third parties will develop games for the Xbox One as a baseline first, and then just upscale those games for the Scorpio- sure, it means that the Scorpio will run games made for Xbox One at 4K resolutions and may be with Scoprio specific enhancements..that is all.There really is no actual utilization of all the extra resources the hardware brings with it to the table due to the cross platform development, and if the PS4 Pro is any indication, most third parties in such a situation will only do the bare minimum, if that (and the dynamics of install base mean that third parties should theoretically be more willing to support the Pro than they would an Xbox upgrade). That effectively means that all of the Scorpio’s excess power is going to waste- sure, Microsoft gets to have the victory for resolution in multiplat games, but that’s about it. We don’t see any actual benefits in the games we play.

But imagine if the Scorpio was truly a next gen spec for third parties to target- imagine if a third party attempting to develop for Scorpio wasn’t going to have to concern itself with paring its game down so it can run on a standard Xbox One as well. Imagine the kinds of exclusive and multi-platform games we could get, if they were made from the ground up for a Vega CPU, a 6 TFLOPS GPU, and 12GB of RAM, instead of having to concern themselves with what barely passed for midrange specs in 2013, and are pretty much on the lower end now.

Think about the kinds of games, the massive leaps forwards, we could get. Do you remember how you felt the first time you played The Elder Scrolls IV: Oblivion, Gears of War, and Dead Rising? Those games felt like true leaps forward, far ahead and beyond anything that had been achieved in any existing video game until that point. And that only happened because third parties developed those games around the Xbox 360 spec, instead of also worrying about making those games run on Xbox (in which case, at best they would have made Xbox games, and upscaled them, slamming some extra textures onto them, and called it a day; at worst, with having to support Xbox, they would have lowered themselves to supporting the PS2 and Gamecube additionally, developing for an even lower spec, and just speccing up from there- and in both cases, all three of these games would have been significantly less impressive in those cases).

The Xbox and PS2 situation is actually a really good analogue for what will happen if parity with the existing Xbox One is mandated for Scorpio. Remember how the Xbox was a major leap over the PS2, but for most third party games that it shared with the PS2, there was no real utilization of all that extra power? That’s what would happen if the Scorpio had to maintain intercompatibility with the existing Xbox One. Games would be made so they could run on an Xbox One, with cursory Xbox Scorpio features being added as an afterthought- a total waste of the machine’s capabilities. 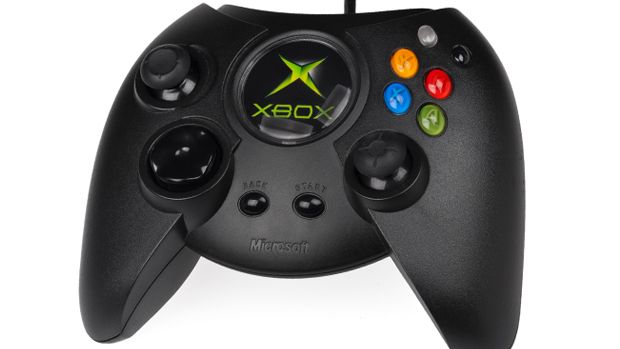 "The Xbox and PS2 situation is actually a really good analogue for what will happen if parity with the existing Xbox One is mandated for Scorpio."

I think it’s in Microsoft’s own best interests to make the Scorpio a full fledged successor- the Xbox One will be four years old when the Scorpio is introduced (remember, even the original Xbox was able to get away with a four year life cycle without much trouble), and Microsoft themselves will have supported it with three Halo releases, two Gears of War releases, presumably five Forza releases, as well as other stuff like Sunset Overdrive, ReCore, Sea of Thieves, and Killer Instinct. Sure, the lineup is ultimately lacking in quantity and variety, especially compared to Xbox and Xbox 360, but a fan of Xbox franchises who bought the Xbox One will hardly be able to say that they were short changed. A four year lifecycle is skirting the lower edges of what is acceptable, but it’s not something that Microsoft can’t recover from- again, they have already done so once before with the Xbox to Xbox 360 transition.

So they should move on, make the Scorpio a new system, make it backwards compatible with Xbox 360 and Xbox One, sure (and hey, maybe even throw in original Xbox compatibility if they can), and make it a brand new, discrete system. Its x86 architecture will in any case be intercompatible with Xbox One and even PS4 enough that third parties can continue developing ‘cross gen games’ for a while, should they wish to, especially given just how scaleable most modern game development engines are- but its very existence will spur Sony into fast tracking a PS5, and we won’t be stuck with these consoles that weren’t even technically impressive at launch, let alone now. We’ll end up with newer, more capable hardware, that can host far more impressive games than the PS4 and Xbox One ever could. Isn’t that something you would want?

Of course, the sad part is that this is unlikely to happen. Microsoft have publicly committed themselves to full intercompatibility between the Xbox One and Scorpio, not just once, but multiple times, even recently doubling down on that stance. At this point, we know that the console is not going to be a next generation successor, but just a (far) more powerful version of the Xbox One. Microsoft are doubtless hoping that being able to claim resolution victories because of their stated target for each game to run in 4K natively will get them good press for multiplatform games, and spur gamers to purchase the system. Which, sure, is a sound strategy- but I cannot help but lament at what could have been, what might have been, had the Scorpio’s power actually been allowed to be meaningfully leveraged. Instead, we are going to be left with the most powerful gaming console in the world- but one that never quite gets to flex its muscle properly.