Daedalic Entertainment’s The Whispered World will be returning to the forefront soon with Silence: The Whispered World 2 and there are quite a number of changes inbound. Unlike the first game, which emphasized 2D hand-drawn visuals, there’s a healthy amount of 3D graphics employed for the sequel. Also, it’s a brand new story, moving on from the tale of Sadwick and focusing on Noah and Renie as they deal with the sad but beautiful world they live in.

What other changes are in store, especially with Silence: The Whispered World 2 marking the debut of the franchise on PS4 and Xbox One? We spoke to Daedalic producer Johannes E. Kiel about the same as well as pursuing more information about the development. 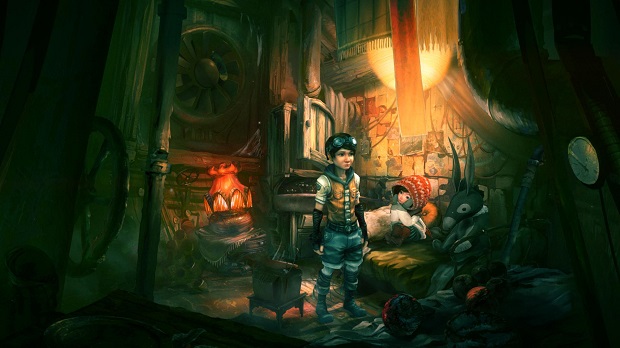 "The Whispered World is a place of duality, a very hostile world, near to death and pain, but also a very hopeful and bright place, where the weight of life is lifted from you."

Johannes E. Kiel: For the lead character Noah, Silence is something familiar. But for his sister Renie it isn’t. The player can play both characters and can also find different aesthetics in the game, some are known and some are completely new. To play Silence, you don’t need to know anything about the first part (even though there are some really nice references from time to time) and this is also reflected by the aesthetics.

Rashid K. Sayed: How has The Whispered World evolved into a more hostile place since the original and how has its overall presentation changed to reflect the story’s tone?

Johannes E. Kiel: The Whispered World is a place of duality, a very hostile world, near to death and pain, but also a very hopeful and bright place, where the weight of life is lifted from you. This time, the player knows that in reality a war has come to the city where Noah and Renie live and also, that both their parents are dead. With this knowledge the game starts with a darker tone till the characters come into The Whispered World. Now whatever happens it is up to them and the player.

Rashid K. Sayed: Tell us more about the 3D visuals behind Silence (especially the camera projection and three-dimensional artwork) and how Daedalic Entertainment transitioned to this from the hand-drawn animated style of the original.

Johannes E. Kiel: The lead designer behind the first game, Marco Hüllen, has come one day to our office with a technical prototype. He showed it to our CEO, Carsten Fichtelmann, and said: ‘This is what I want to do for the next game.’ He is very talented in different ways and what he showed us was a background with exact these camera projection style. It was so beautiful and immersive that we just had to say ‘yes’ to the production of Silence.

Rashid K. Sayed: What kind of play length can we expect with Silence: The Whispered World 2?

Johannes E. Kiel: It depends on how fast you rush through the game. We estimate about 8 to 10 hours. It is a story driven game and we want to give the player the same feeling as watching a good season of a good television series. 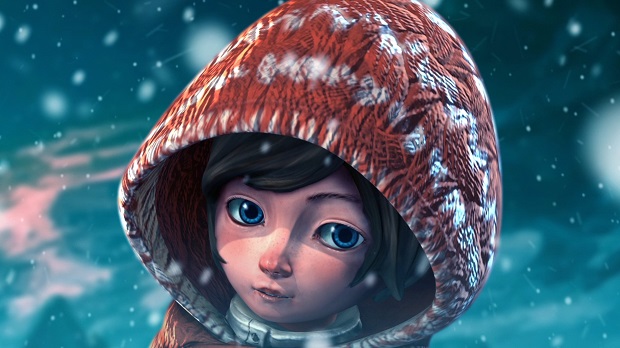 "For Silence we developed a ‘trial and explore’ system. If you try something that is not connected with a puzzle, you  won’t get that sense of failure, but a new piece of the background story instead."

Rashid K. Sayed: What new mechanics can we look forward to aside from the point-and-click mechanics? How will Renie’s curiousness and fearlessness affect the gameplay?

Johannes E. Kiel: At first we wanted to make a control design that is worth the gamepad compatibility. There are some Adventure games out there that are not fun to play with a controller, because you control the cursor with the stick. That just makes no sense. We have put enormous effort into the controls and we think that it was worth it. We also have some gameplay mechanics included where you don’t have any point and click at all. That’s why we call the game a modern Adventure and not a point and click Adventure.

Renie’s character will have more impact on the story than the gameplay. She can do the same things like her brother Noah. She just reacts differently and this can lead to different conclusions.

Rashid K. Sayed: Is there a specific reason why you guys are skipping the X1 version?

Johannes E. Kiel: We will definitely not skip the Xbox One version, the game will come for Xbox One and PS4 at the same time.

Rashid K. Sayed: Having said that, will Silence come to the Xbox One or Xbox 360 somewhere down the line?

Johannes E. Kiel: The game will unfortunately not appear on Xbox 360.

Rashid K. Sayed: We’re quite interested in the puzzles of Silence and how they’ll never hinder players as they move through the story. Can you give us some examples of such puzzles?

Johannes E. Kiel: In the old days, the system for point and click adventures was often called a trial and error experience:  you had to combine every item in your inventory with every item in the environment, if you were stuck. For Silence we developed a ‘trial and explore’ system. If you try something that is not connected with a puzzle, you  won’t get that sense of failure, but a new piece of the background story instead. And without using an inventory we have the puzzles directly connected to the story.

For example, Renie has to cook some juice soup out of berries and she has found the berries. She puts them in her pocket till the berries are needed. Then she needs a pot with water to put the berries in and cook them. Once you have found the pot, you have it in your hands until you have found some water and a place to put it down. If you have placed it, Renie will put the berries in the water on her own. You really need to play it to feel the advantage we get out of this gameplay for our storytelling. But if a player is only happy if  there are  50+ items in the inventory, Silence will probably not the right game them  in terms of gameplay. 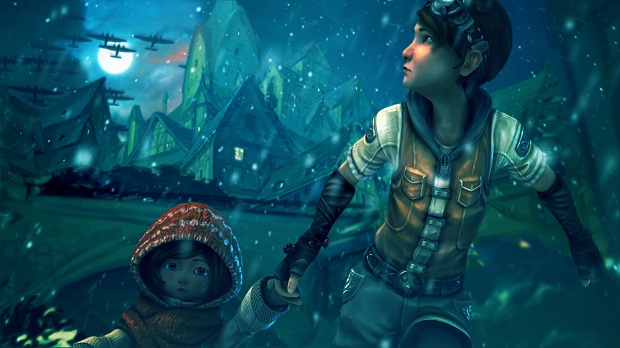 "The indie game scene is more active than ever because of the pricing of multiplatform game engines like Unity 3D or Unreal."

Rashid K. Sayed: Most adventure games – from Resident Evil Revelations 2 to Telltale’s games – have taken an episodic approach to their release and development. What are your thoughts on implementing such an approach to The Whispered World series?

Johannes E. Kiel: We don’t think that it would fit the presentation of  Silence. You have to design the story exactly for the episodic release and plan for a hook at every end. We have the story designed for a full game and don’t want to fragment it for commercial purposes.

Rashid K. Sayed: What are your thoughts on DX12 and the potential benefits it may have on PC and Xbox One games development?

Johannes E. Kiel: We have beautiful 2D painted landscapes in Silence that would not benefit from DX12. This is more useful for high end graphic games (and I heard you have more fps with DX12 on the same system). So it is probably best for RPGs and Shooters.

Rashid K. Sayed: What are your thoughts on PC games development scene at the moment? Do you think it’s somewhat limited by the emergence of consoles such as PS4 and Xbox One?

Johannes E. Kiel: I don’t think so. The indie game scene is more active than ever because of the pricing of multiplatform game engines like Unity 3D or Unreal. I can even see a new way  where smaller studios can bring more and more content to the consoles and indie games can reach a broader audience there. I play both, PC and console, and I like both as a player and a developer.

Johannes E. Kiel: It will definitely run in 1080p and we are working on 60 fps too. At the moment it looks like we can get a stable 60 fps most of the time. However this plays out, it will definitively not negatively influence the overall game experience.

Johannes E. Kiel: Sorry for the late feedback and we hope you will enjoy the game. Stay tuned to our development blog for more information.