I have been a huge fan of the Silent Hill franchise ever since its inception all those years back. For some reason Konami have been jumping developers, one game after the game and this time they went with Vatra Games, a game development firm in Czech Republic. I won’t say that Vatra Games have done an awesome job with the franchise but considering this is their second ever developed game (first being Rush’n Attack: Ex-Patriot) I must say they have done a pretty decent job nonetheless. 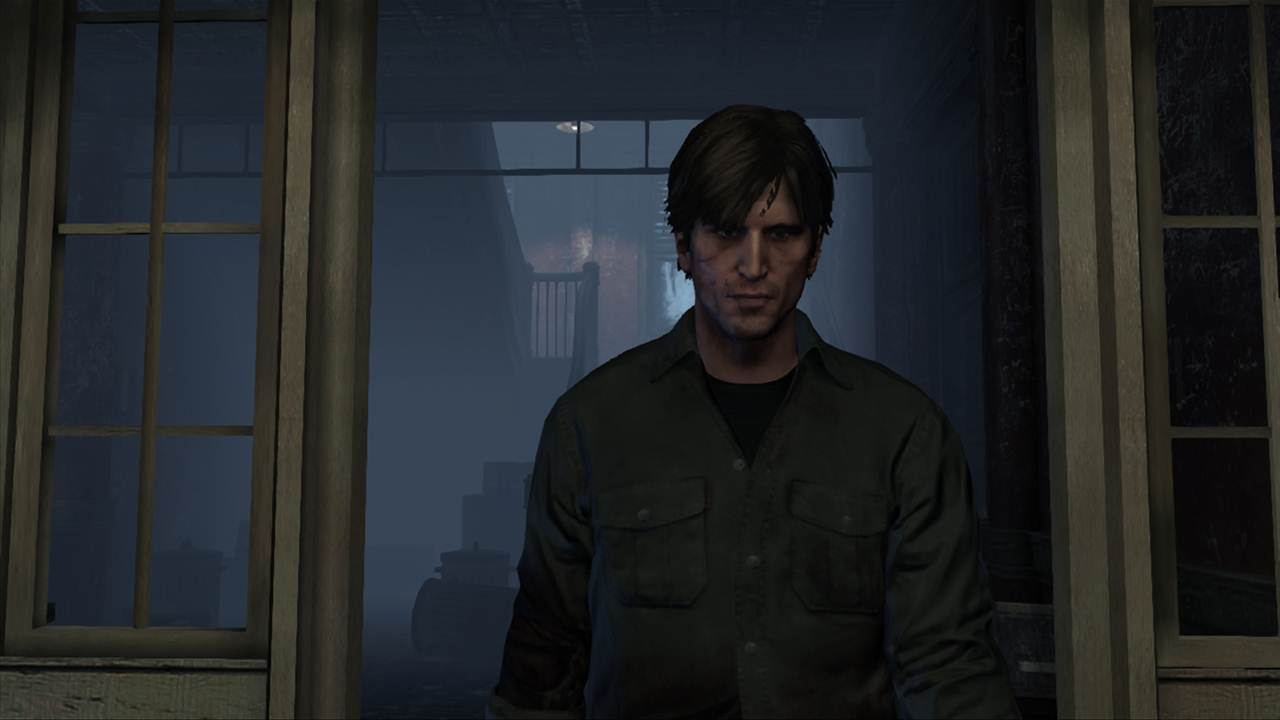 Let’s talk about the story first. The plot is a very crucial element of any survival horror game and Downpour is no exception. The game is about a convict, Murphy Pendleton who is seeking revenge for an unknown incident. He gets in touch with George Sewell, am officer at the station and gets access to Patrick Napier. For unspecified reasons, Murphy beats the hell out him and eventually kills him. Murphy is then scheduled for a prison transfer with other inmates under the watch of Anne Cunningham. On their way, the bus crashes and falls down through a mountain. Murphy wakes up and finds himself in the midst of, guess what? Silent Hill. From there-on Murphy finds and fights his way through monsters, puzzles and meets with people who will eventually help him escape from Silent Hill. Unfortunately that is all what I can reveal about the story as I really don’t want to spoil it for you guys. The story is pretty well narrated and ends the game on a satisfying note. 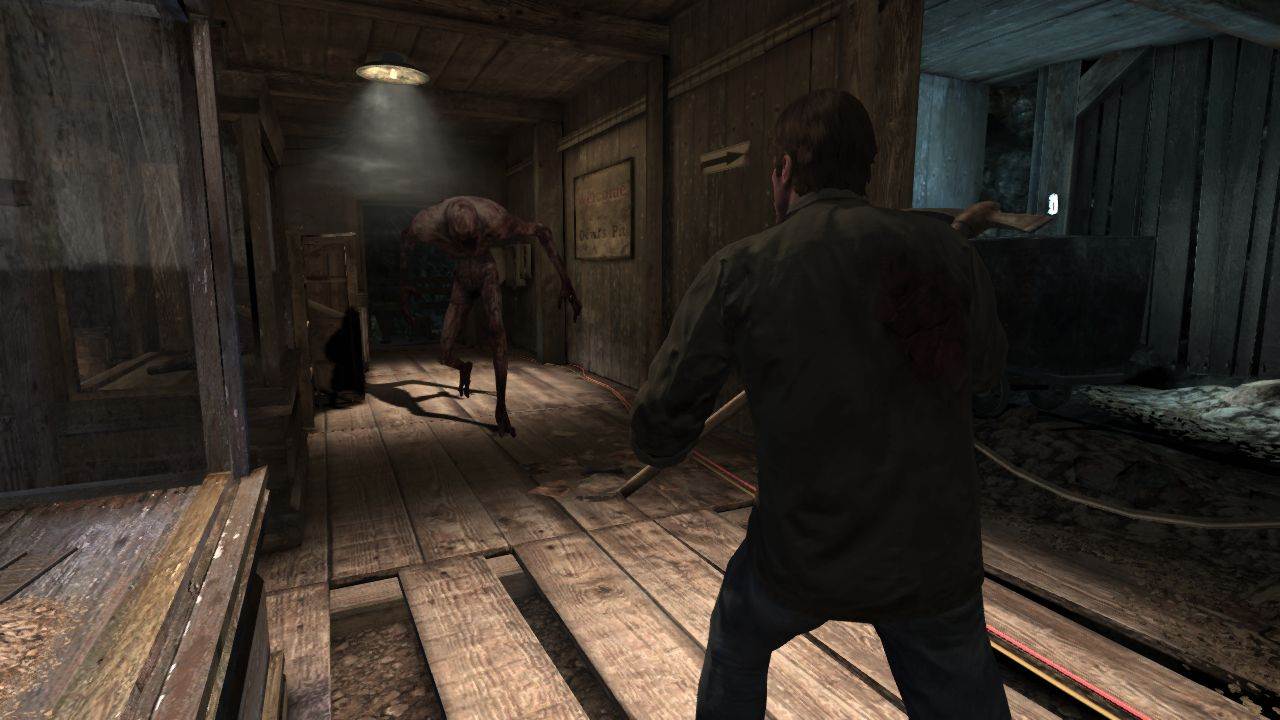 Some monsters pose a threat alright.

Silent Hill games have always been about surviving and Downpour does the job done in this regard. You won’t fire and force your way through but instead the game forces you to think and survive. The player will have access to basic weaponry like iron bars, wooden sticks and fire axe to make their way through and take down any weapon or obstacle they might encounter in their way. On very rare occasions you will find a pistol or a shotgun that will make things a bit easier. So overall the game is more about exploring and less about combat, due to which the developers have not really put a lot of effort in to the latter. Now this may bug some players but personally it added a lot of tension in the gameplay.  Vatra Games have also done a brilliant job with the puzzles. Anyone who is horror game fanatic will instantly recognize that these puzzles have been inspired from the traditional Resident Evil games. The enemies in the game also pose some serious challenges to the player and running away from them is the best solution at times.

The game is developed on Unreal Engine 3 and as soon as I think of that it means a game with beautiful vistas. Unfortunately that is the not the case. The game suffers from poor textures and frame rate issues. The score could have gone a notch higher if they would have released a highly polished game. On the other hand, the voice acting and background music have been brilliantly performed and composed respectively, adding a sense of tension and excitement throughout the game. 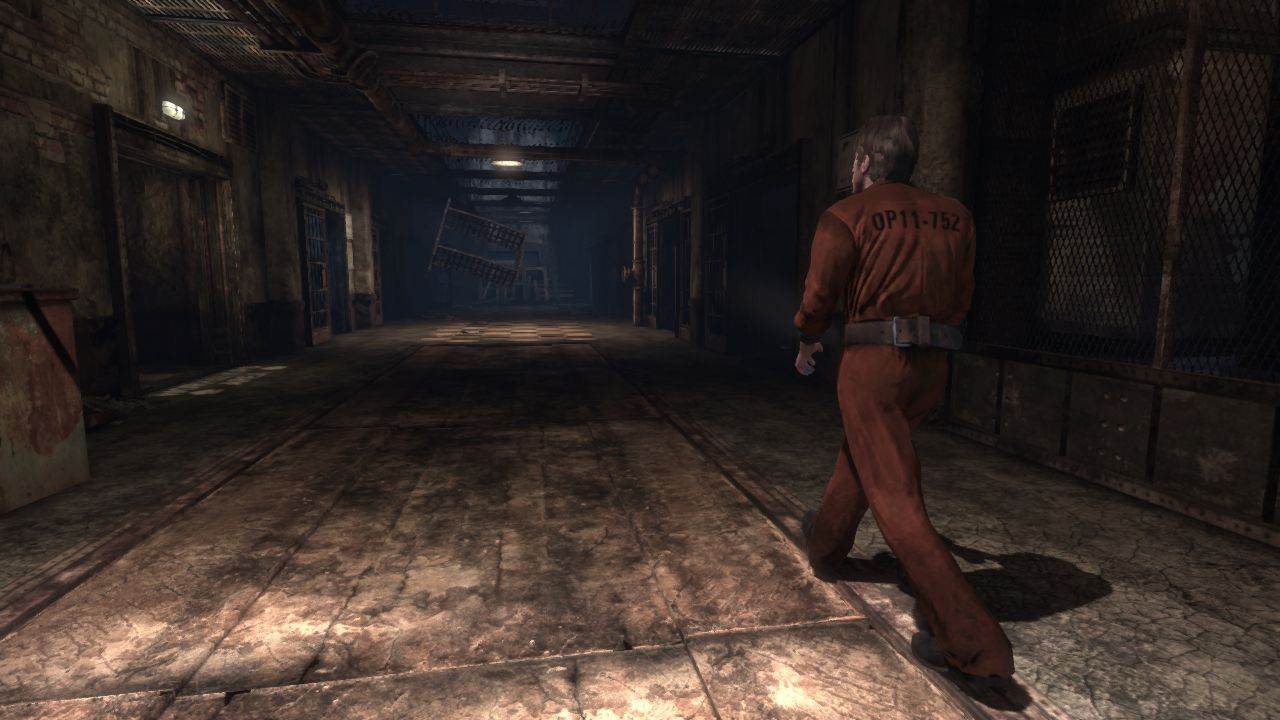 The game borrows heavily from traditional Resident Evil games which is a very good move in my book.

Silent Hill Downpour is not a game that will appeal to everyone. It has its faults but it does one thing absolutely right. It scares the hell out of the players at times and forces the them to survive and move ahead, which has been the central theme of every game in the long running franchise. Veteran Silent Hill fans should pick this up without any second thoughts. But if you do not belong to that bandwagon you should probably wait for some of the more awesome horror games that are coming out later this year.

Heart pumping creeyp sequences, Excellent puzzles, voice acting and music is top notch, the game forcibly makes you manage your inventory and weapons which adds more tension to the gameplay and story is well narrated.

Frame rate issues bogs down the game, lots of patchy textures here and there, does not really look like a game developed on Unreal Engine 3.

Final Verdict:
SUPERB
Frame rate and other technical issues aside, Silent Hill Downpour has enough creepy moments to keep you glued to the seat till the very end.
A copy of this game was provided by Developer/Publisher/Distributor/PR Agency for review purposes. Click here to know more about our Reviews Policy.