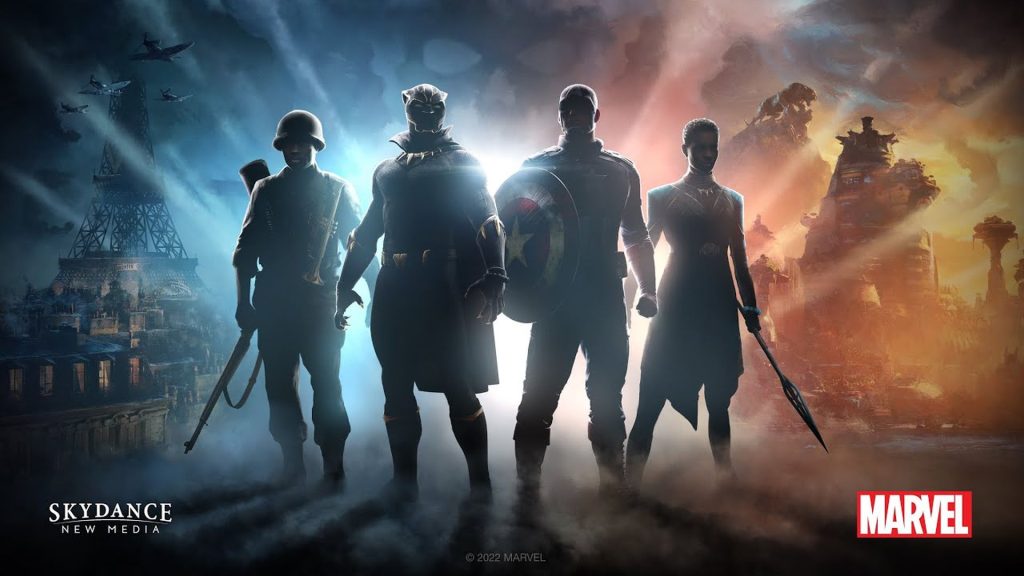 We recently got a brief glimpse at Skydance New Media’s upcoming Marvel game, which has been confirmed as a narrative-driven single player title set in World War 2 and starring Captain America and Azzuri, the Black Panther of that time. The teaser we got was a very brief one, and details on the game are scant (we don’t even know what it’ll be called), but in a Marvel interview following the reveal, Skydance New Media president Amy Hennig and story consultant Marc Bernardin revealed some more details on the game.

After touching upon the four playable characters – two of whom aren’t superheroes – and how they’re going to be at the center of the experience from both a gameplay and storytelling perspective, the developers spoke about the game’s World War 2 setting, and how it lends itself to the pulpy action-driven experiences that Uncharted creator Amy Hennig has generally been best known for.

Speaking of Uncharted, Hennig also suggested that in terms of gameplay and storytelling, players can expect the unnamed superhero title to be similar in nature to her previous works.

“If you’ve played my previous games, you’re not gonna be far off the mark,” she said. “As a gamer myself and as a creator, I love playing in the action-adventure space. So again, if you’re familiar with my work, you’re going to be familiar with the DNA [of this game].”

“The pillars of our project, as you would expect, are that it’s story driven and character driven, that it’s deeply cinematic, and that it’s rich in its cinematic presentation,” Hennig added. “We’re doing some very cool stuff in that area that I haven’t seen before as well. That the visual presentation, the visual fidelity is best in class.”

She went on to add that one area where the development team is putting greater emphasis than usual is in ensuring that the game is as accessible as possible to a wide range of players.

“What’s maybe not so usual is our fourth player, which is the game has to be inviting and welcoming to everybody,” Hennig said. “We’ve got this IP that is universally loved, but we’re going to put it behind this sort of walled garden, where if you can’t hang and you can’t get good, it’s not for you? We want everybody to feel like they can experience this, they can put themselves in the shoes of these heroes. The controls are simple, contextual, intuitive, but also deep.”

You can watch the full interview for more details on the game below.

It’s also been confirmed that the Captain America and Black Panther game will not feature co-op, in spite of having multiple playable heroes.