Skylanders Swap Force Wiki: Everything you need to know about the game

Everything you need to know about Skylanders Swap Force.

Skylanders: Swap Force is an upcoming action adventure platforming game that is currently still in development by developers Vicarious Visions (developers of Marvel Ultimate Alliance 2 and the Nintendo Wii version of Guitar Hero: Warriors of Rock), although the game has already launched on current generation games consoles, it will also be launching on the upcoming next generation consoles from Microsoft and Sony.

It’s currently the third entry in the Skylanders franchise which started with Skylanders: Spyros Adventure, although it serves as a video game entity the Skylanders franchise shares the stage with a line of toys that are required to fully experience the game. It’s also going to be the first game in the franchise that’s going to drop in North America before it arrives in other regions. The previous two instalments of the game arrived in Australia before all other territories.

The development of Skylanders: Swap Force relies heavily on technology and gameplay mechanics that have already been employed in the previous two entries in the franchise, Skylanders: Spyros Adventure and Skylanders Giants. One of the key features of the Skylanders games is their implementation of real world objects that come in the form of ‘Skylanders Action Figures’, small models that are designed to look like in game characters. These small figures could be purchased separately or bundled in with the game.

The way the models worked alongside the game was a stroke of genius, but at the same time it relied on basic technology that was used to good effect. It relied on a form of NFC (near field communication) that worked alongside a RFID chip (radio frequency identification) that was placed inside each model. The players placed the model next to a portal that communicated wirelessly with the RFID chip inside, this would relay the appropriate information to the console and bring the corresponding character into the game.

The game even goes as far as to allow for two models to be used simultaneously, this enabled both versus modes and co-operative gameplay modes. Something that angered fans (and rightly so) was that although their beloved purple dragons name and likeness were being used as the games driving force, the game was actually designed for a younger audience that had no idea that Spyro the Dragon was in fact his own video game entity, thus dividing the fan base.

The developers managed to bring aboard the legendary composer Hans Zimmer who had previously worked on critically acclaimed, academy award winning films such as Disney’s The Lion King, Inception and even the Batman’s ‘The Dark Knight’ Trilogy of movies. The game is nearly always sold with a couple of heroes, but it’s one of the first games to go to retail with starter sets, similar to how trading card games get starter (booster) sets.

These starter kits include a copy of the game, a handful of the game’s characters and portal of power that brings them to life for you. Also included is a poster that would show the entire swap force (the game’s characters) trading cards and internet codes for extra content. Developers shipped different versions of these starter sets to various retailers giving players and parents alike the option of shopping at their preferred retailer, or elsewhere depending on what they were looking for. 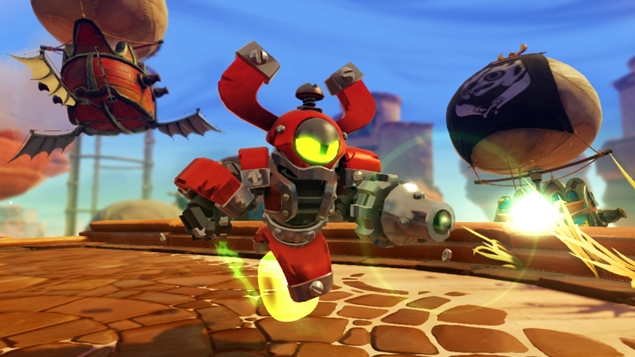 Skylanders: Swap Force relies very heavily on the same gameplay mechanics of its predecessors. Players use the portal and the models NFC/RFID capabilities to bring their characters to life, the main change this time though is the manner in which they interact with the game. Each Skylander hero now came in two parts, a top and a bottom half.

These halves can be separated and joined in different combinations with other heroes, thus changing the manner in which that character can be used. All in all, these combinations number 256. Each character has one of the 8 modes of transport, be it wings or legs for example, this further affects the gameplay because only the right bottom half can enter a specific area of the game. Each character has specific abilities that allow them to both tackle the game differently thanks to different combat styles as well as opening up new paths thanks to the different means of getting around. 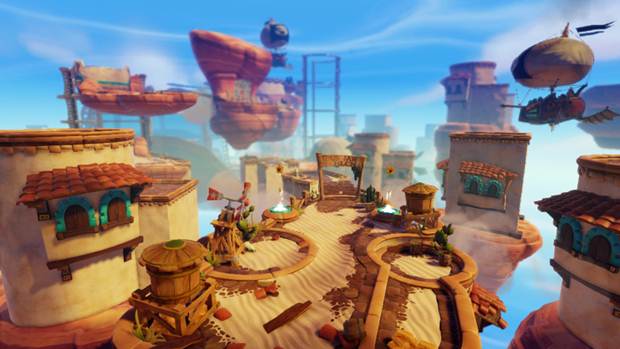 The story is something that has never been the central focus of the Skylanders games and in Skylanders: Swap Force that is no different. The game opens up with the Skylanders home world being seized and assaulted by the bad guys going by the name of Evil Kaos and it’s up to the Swap Force to get it back. The story is mainly told through a series of cut scenes, and from there its standard platforming goodness. 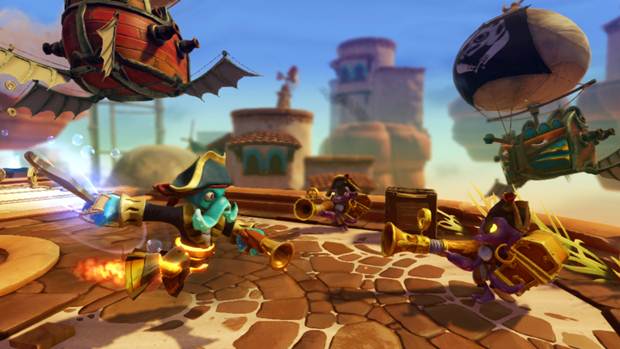 The list of Skylanders does nothing but grow larger and more diverse with each iteration, so you can expect more characters to arrive further down the line.

The levels in Skylanders Swap Force take on their usual visually pleasing and lovingly designed aesthetics this time around, but are somewhat more varied than previous entries.