One of the most fun games of this generation.

Sleeping Dogs is something quite refreshing when it comes to open world games, because you don’t have a white protagonist or a US city. In fact, one of the reasons Activision ditched this game is I believe due to the reasons I mentioned. They weren’t sure of its commercial success, and it seems like they were right, considering it placed really poorly in the August 2012 NPDs.

The PC version has been given a lot of attention from United Front Games and Square Enix. The high resolution texture patch is something that brings Hong Kong to life with its brightly neon lighting to accurately designed nooks and corners; not to mention the fast highways and roads where people actually drive on the left side instead of right.

Wei Shen, the main protagonist of the game is no slouch, as he is capable of performing some insane stunts and martial arts. The combat system is almost a mix of Batman: Arkham City and Yakuza, however not as smooth as one would expect. It’s possible to chain a lot of free flowing combo attacks, but again, there are chances you will screw it up as the enemies here come in various shapes and sizes, sometimes carry deadly weapons.

Hong Kong has been beautifully re-imagined in Sleeping Dogs, in fact, it’s so pretty sometimes, I wonder what magic they did to make this run on consoles and not to mention increase the visual fidelity so much on PCs. The high res texture pack upgrades the textures to such an extent that if you have decent PC with a lot of RAM, you should be able to see some stunning graphics in an open world game. The game is not as big as GTA 4 when it comes to the city size, although, one could argue that there are less redundant assets here which usually is an issue with plenty of open world games out there.

The PC version is the way to go here, offering solid performance and stunning visuals, especially when connected to your TV–it will truly show how it outclasses the console versions. UFA has enlisted a lot of voice actors here -notable ones too- bring a certain charm to the game. However, one issue I felt was that there was a disconnect between the character models. Most of them look quite good on the PC due to you-know-what, but it’s certainly not at a super high quality as one would expect. 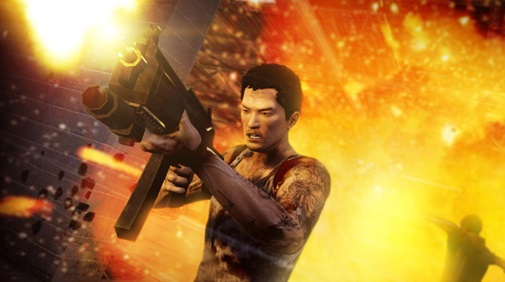 The game borrows a lot of elements from the GTA games–so much that, you can say it doesn’t really do anything new and is a pretty safe game. But that’s fine, though. Ultimately it provides a lot of fun and a believable city for you to goof around. I would have loved to see more ambitious game design from UFA but what they designed isn’t too shabby in terms of innovation. The game does not allow you a generous dose of weapons and grenades, which is a shame because it’s really fun to shoot people here.

In certain missions you can pick up guns and stuff only to lose it after the mission gets over. However, there is increased emphasis on martial arts–allowing Wei to perform some batshit insane moves which can be unlocked further by collecting statues and upgrading them via a specialized menu. You can upgrade your triad skills, martial arts and cop skills; each of them gives him some unique abilities and it’s fun to chain them together. Wei carries a phone where he receives some mild updates. It’s pretty much worthless never truly giving you control over it. For example, you cannot take pics whenever you want, and can only do that during certain scenarios.

The missions are where the game shines, giving you 30 main ones and a plethora of repetitive but fun side missions. All of them can be found on your map and some of them unlock as you clear some main missions. I honestly loved the way some of the characters progressed through the story and I actually ended up feeling bad for a lot of them. All hell breaks lose triad style later in the game providing some of the best moments in the game. Considering Wei is an undercover cop–he will encounter betrayal, jealousy, sadistic behavior and a lot more. 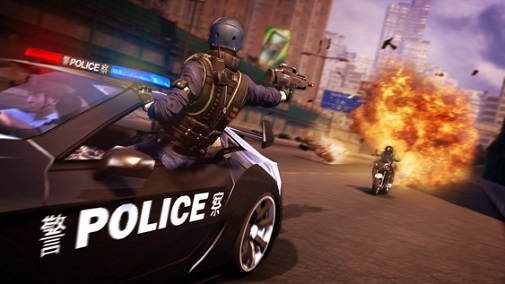 There’s not a lot you can do in the city though. You get money, with which you can buy cars and bikes and other stuff, but never truly get a chance to use it in a proper fashion. Also I miss aerial vehicles, really do. Most of the bikes and cars handle similarly and it feels like they have no weight. This is one of the most disappointing things for me, but the races were quite enjoyable.

Sleeping Dogs is a breath of fresh air for the open world genre, with the developer taking some risks with the setting but never really taking it one step further. The PC version is an absolute gem offering great visual quality and performance and considering the game lasts 20-25 hours, I’d say it’s a complete value for money.

Well realized city. Graphics are gorgeous. Driving and hand-to-hand combat is a joy. Solid protagonist and a story. Missions are nicely designed. Lots of side missions.

Side missions can be repetitive. Vehicles are too arcadey. Less guns in the game.

Final Verdict:
SUPERB
Sleeping Dogs is a breath of fresh air for the open world genre, with the developer taking some risks with the setting but never really taking it one step further.
A copy of this game was provided by Developer/Publisher/Distributor/PR Agency for review purposes. Click here to know more about our Reviews Policy.