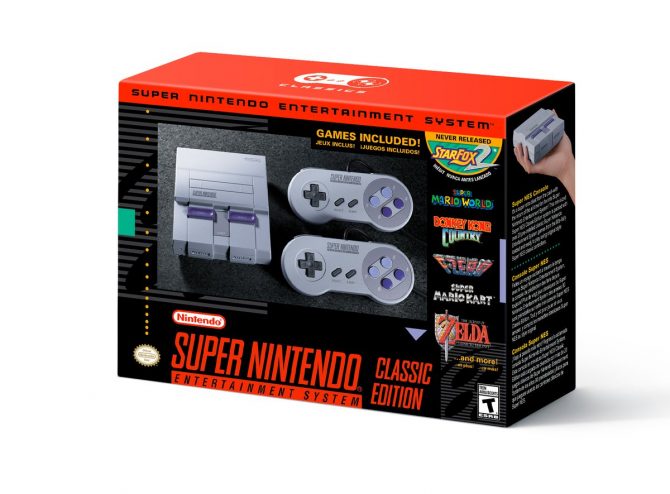 Games will include all time greats including Super Mario World, Super Metroid, The Legend of Zelda: A Link to the Past, Final Fantasy 6, Earthbound, Super Castlevania 4, Donkey Kong Country, Yoshi’s Island, and the never before released Star Fox 2.

“While many people from around the world consider the Super NES to be one of the greatest video game systems ever made, many of our younger fans never had a chance to play it,” said Doug Bowser, Nintendo of America’s Senior Vice President of Sales and Marketing. “With the Super NES Classic Edition, new fans will be introduced to some of the best Nintendo games of all time, while longtime fans can relive some of their favorite retro classics with family and friends.”

The SNES is widely considered to be one of the greatest systems ever made- so the chance to relive its best games again on an easy plug and play solution is too alluring to pass on. We can only hope that Nintendo does not completely undermine the product with limited supply again this year.

You can find the full list of games for the SNES Classic Mini below: