A soft reboot whose sniping doesn’t outweigh its problems.

Just like its name, there are a lot of factors that make up Sniper: Ghost Warrior Contracts. It takes the sniping gameplay of its predecessors and creates an all-new structure that brings in smaller, more dense open worlds and a mission-based structure. But just like the sniping, a lot of the shots don’t hit.

There are clear influences from the likes of HITMAN and even Battlefield, but Contracts never really finds its footing as to why it should be the best at what it’s trying to do. It’s evident that there’s a strong baseline somewhere in Sniper: Ghost Warrior Contracts, especially with the satisfying sniping and potential for really unique objectives and environments, but to get there you have to fight through repeated technical problems and a lot of repetitive, unoriginal gameplay that a lot of other games do significantly better. 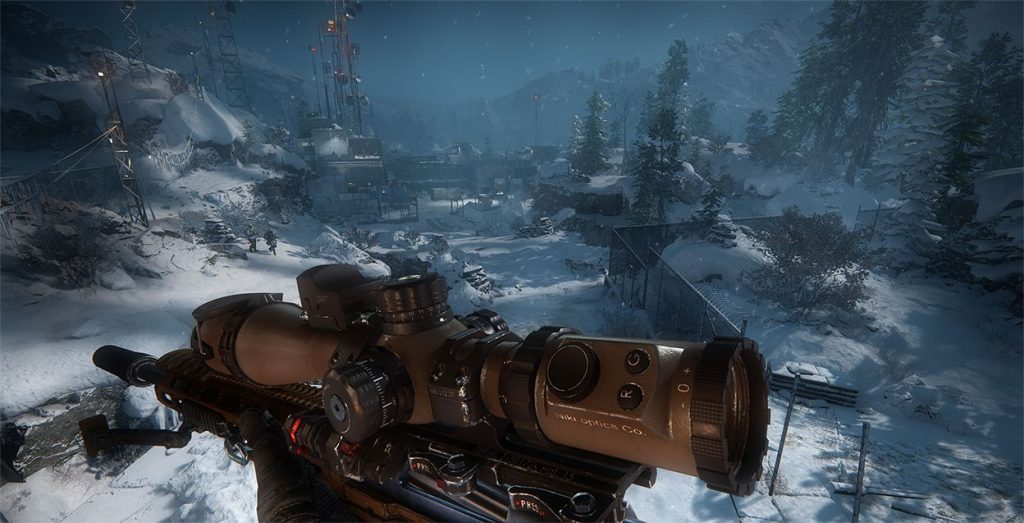 "There’s very little differentiation in terms of objectives throughout the game’s five base missions, though."

After a brief introduction where you’re introduced to your boss, or “Keeper,” you’re dropped into the tundra of Siberia, where it’s immediately evident how much CI’s soft reboot of the series draws its structure directly from the rebooted HITMAN series in its relatively open-ended missions and wide array of possibilities. You’re given a series of missions, each of which takes place in a different map around Siberia and consists of a list of objectives, ranging from eliminating a target to retrieving an important piece of data.

There’s very little differentiation in terms of objectives throughout the game’s five base missions, though. Being a primarily sniping-focused game, every mission has a target to kill and something to retrieve from their area. It gets repetitive by the end, especially when you’re being asked to take out dozens of enemy guards with them every single time. While there are a couple of interesting offshoots of these basic objectives, they all likely end up with you killing everyone anyway.

One unique objective asks you to determine which of two identical people is the real target you’re searching for, but you end up having to kill both anyway. This is a microcosm of how standard the missions can become despite a hint of originality, where objectives can feel original because of a unique location or an interesting objective, like freeing a prisoner before time expires, and yet they all ultimately boil down to killing everyone in sight. 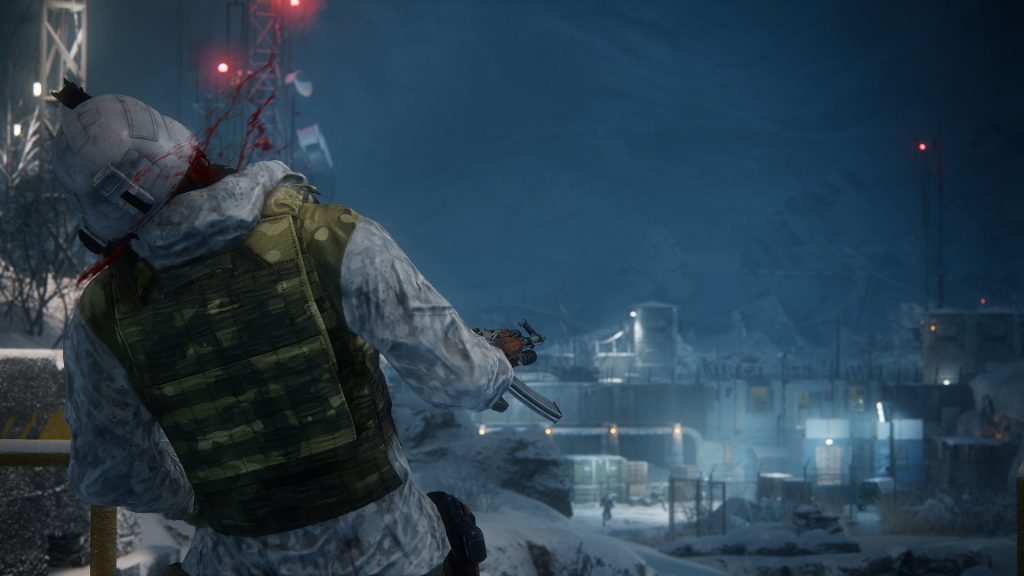 "At the outset of each mission, the entire map is open for you to roam around and explore."

Within each mission, though, you can attack any of your objectives in any order you want, so if you want to start by killing the head honcho and work backwards to find the important piece of data, that’s yours to decide. There are an impressive number of ways to attack each objective. As is expected with a game with “sniper” in the name, stealth is encouraged. You’ll be able to find different paths that lead to sniping outlooks on each camp, but there’s a lot of creativity in finding how you can get inside the boundaries of each camp without being noticed.

Walls have broken sections, and there are ground-level openings that you can crawl through to get past security cameras or turrets. The most interesting ones are the ones that allow you to get in and out of enemy territory without a peep. Like being able to kill a target in HITMAN without alerting anyone, finding these is among the most satisfying moments in the game, and knowing there’s a lot left to find means there is replay value for those who want to optimize their runs.

At the outset of each mission, the entire map is open for you to roam around and explore. Each map is ultimately either a snowy or grassy environment, and, while they’re generally pretty to look at, they do start to blend together after a while, especially outside of the primary landmarks in each map.

There are some side activities to complete throughout each map, such as finding collectibles or completing bounties on someone in the area, allowing for some organic experiences outside of just the primary objective areas. However, because fast travel points are available from the start, there’s not much motivation to do any of the external challenges, primarily because the rewards from them are negligible for the rest of the experience. You can get money to buy weapon upgrades or special types of ammo, but I never really felt the need to stray away from my trusty original one-hit kill sniper. 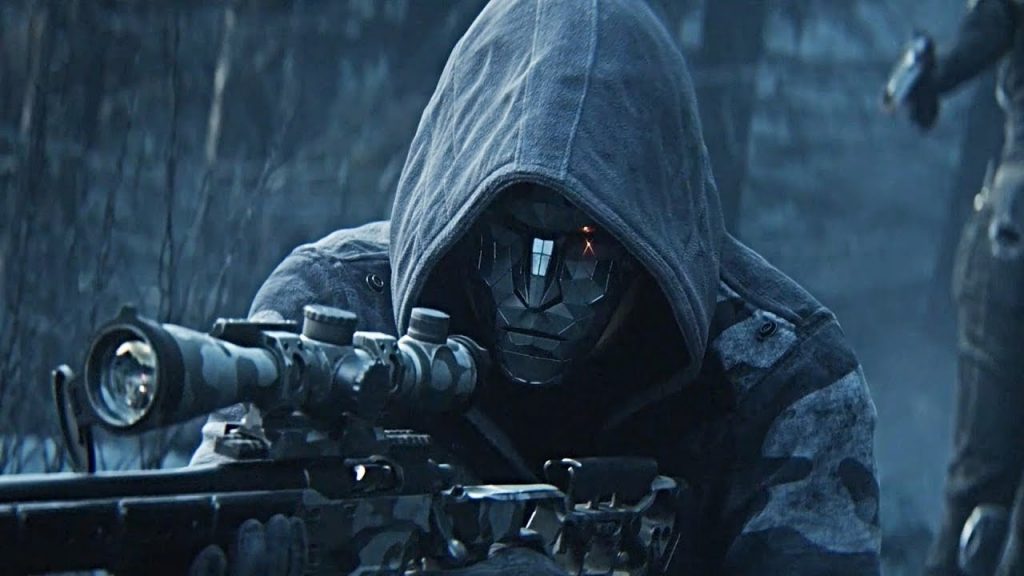 "What’s frustrating about this stealth element, though, is that, while the game encourages you to be stealthy and perfect your sniping expertise, it doesn’t complement that with enough of an ability to stay hidden for extended periods of time."

With that sniper, too, there’s a lot of satisfying kills you can get. It does a great job of telling you which way the wind is blowing and which direction your bullet will fly, and getting a headshot on an enemy 200 meters away never stopped making me feel like I was a badass, especially when it used the bullet cam. You can also mark enemies with your binoculars or interrogate enemies to tell you the locations of the rest of the soldiers, which is great at enhancing your ability to be entirely stealthy, though I wish it was more common for soldiers to tell you about other locations, like the objective or primary target.

What’s frustrating about this stealth element, though, is that, while the game encourages you to be stealthy and perfect your sniping expertise, it doesn’t complement that with enough of an ability to stay hidden for extended periods of time. Even playing on the Normal difficulty, I was rarely able to make it through any single objective without being seen because enemies can see you from virtually anywhere and can alert the entire camp within just a few seconds of noticing you. Though you have a slight buffer to take out an enemy who’s found a dead body before they ring the alarm, the game doesn’t do a good job of telling you when someone has found one, nor does it do a good job of telling you when you’re being shot at.

At the same time, though, these didn’t give me the motivation to go back and try the section again to get it without being seen. Instead, I would either sit back and try to snipe at enemies shooting at me, or I would go in guns blazing and try to brute force my way through. Either way, death is common in Contracts to a frustrating extent. There are points where it hits a really nice balance of trial and error for stealth, but there are a lot of other moments where it felt futile to even try to be sneaky because there felt like no way to get through a mission without alerting everyone. I didn’t want as much action as I had, especially because the gunplay is clearly focused on the snipers and less refined in assault rifles and snipers, but I was forced into it a lot of times. 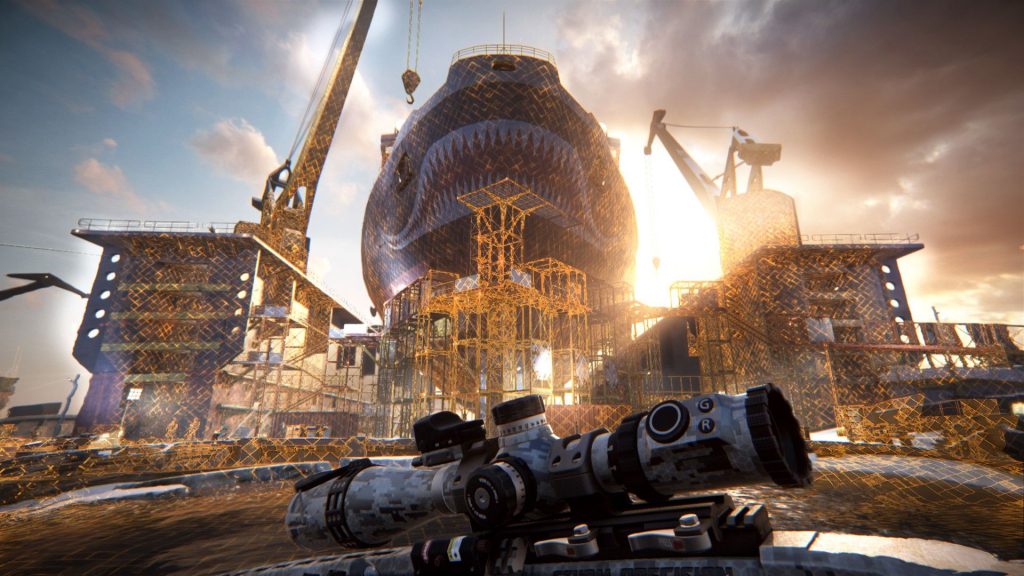 "Sniper Ghost Warrior Contracts is a game with a strong skeleton that’s unsupported by the structure and organization of everything surrounding it."

Unfortunately, Contracts is hampered by consistent significant bugs throughout. Some of these are particularly amusing, such as my character floating in the air upon each death, but some of them can be downright infuriating. During my playthrough, every single mission had at least one area where markers I put on enemies would disappear quickly, forcing me to play effectively blind despite my efforts to take note of their locations. This came alongside some enemy teleportation issues and significant stuttering issues later in the game. It’s clear that this game is a platform for more missions and patches, which your boss not-so-subtly hints at, so it’s very possible that these issues will be ironed out. However, it’s frustrating nonetheless that these issues exist so thoroughly throughout the game.

Sniper Ghost Warrior Contracts is a game with a strong skeleton that’s unsupported by the structure and organization of everything surrounding it. I enjoyed many pieces of my time sniping and sneaking around camps, but any time I was forced into an action sequence or hit with another wave of bugs, I couldn’t help but feel disappointed. It has promise for future updates and additional missions that could add more variety and clean up some of the technical issues, but it’s unfortunate that the main package isn’t where it needs to be. While there is a number of improvements and a clear foundation for future installments, Contracts is more of a step sideways than a step forward for the series.

Final Verdict:
FAIR
Sniper: Ghost Warrior Contracts is a soft reboot that retools some of the series’ defining aspects but has significant problems that hold it back from giving the series the rebirth it wanted.
A copy of this game was provided by Developer/Publisher/Distributor/PR Agency for review purposes. Click here to know more about our Reviews Policy.