SnowRunner developers speak with GamingBolt about their off-road simulator.

Posted By Shubhankar Parijat | On 05th, May. 2020 Under Article, Interviews

Saber Interactive’s MudRunner wasn’t the most high-profile driving sim when it launched, but those who played it absolutely loved it- and now they’ve come back with a successor with SnowRunner, a game cut from the same cloth, but offering a different experience. It might not be the most mainstream experience, but there’s something about its physics-driven driving, its extreme weather simulations, and it progression and customization that will appeal (and are appealing) to a great many people- us included. Recently, we sent across some of our questions about the game, asking about all those things and more. You can read our interview below with various members of the development team- lead game designer Vitaliy Yaruta, lead producer Evgeniy Sorokin, and render department lead Anton Krupkin. 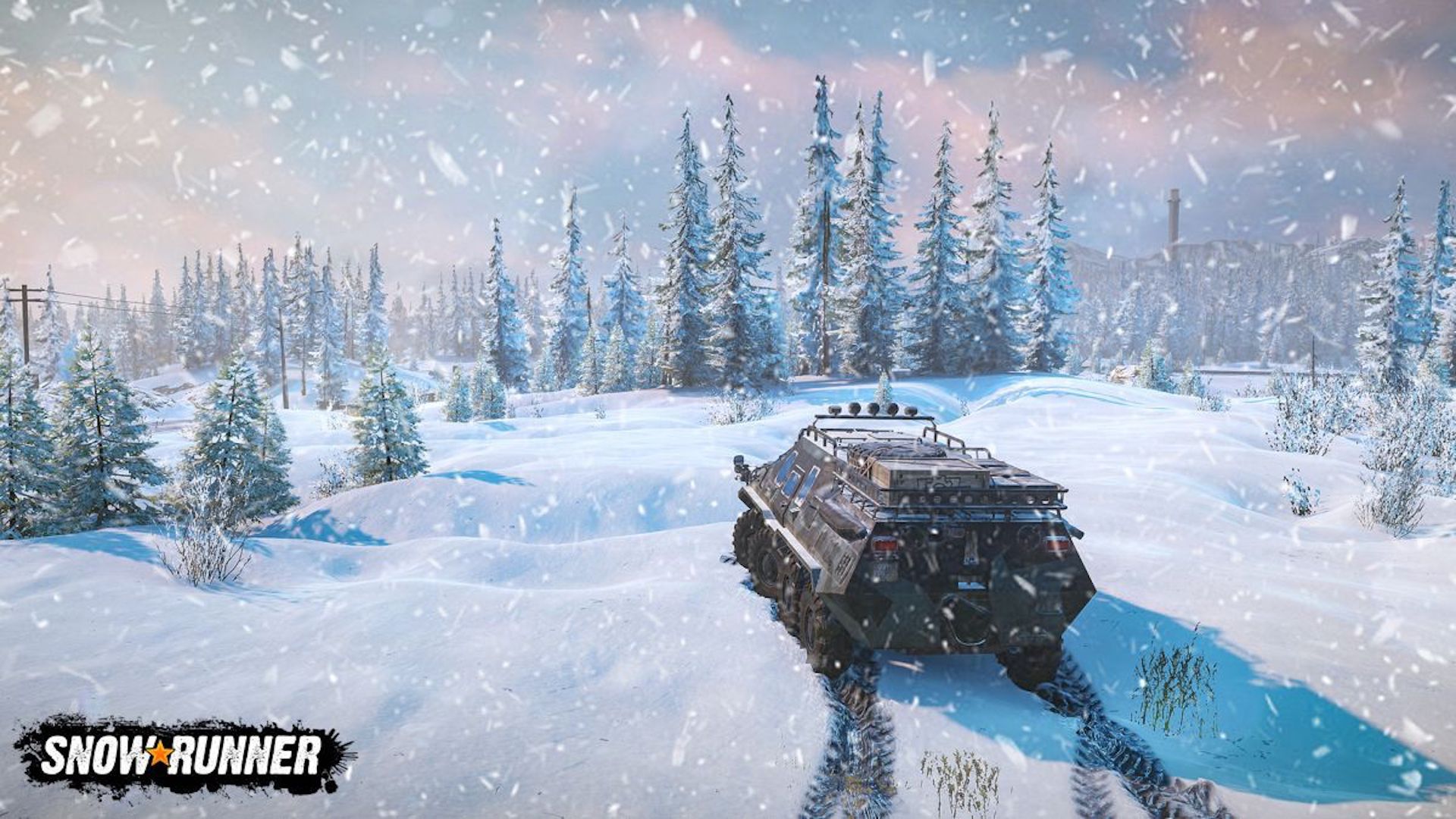 "Physics plays a major role in how the game plays and of course in how it was built. We are using everything we can to provide the best experience possible and the level building tools play a major role in that."

Given the game’s very nature, I imagine physics will play a vital role in gameplay. Can you talk about what your approach has been to ensuring, for instance, that different kinds of terrain come with different skillset requirements and unique challenges?

Yaruta: Indeed, physics plays a major role in how the game plays and of course in how it was built. We are using everything we can to provide the best experience possible and the level building tools play a major role in that. Every level eventually comes together in the proprietary SnowRunner editor that already contains all the needed elements to make sure we are building the level around our physics and terrain models to ensure it plays as intended.

Every type of terrain in the game may be of a very different complexity and provide for different challenges. Paved roads are very different in wheel grip to dirty forest pathways. Mud pools differ in depth and size. Ice is, well, slippy most of the time, especially if the player does not utilize chained tires, which will help to not ride sideways.

We think that combinations of different terrains and a somewhat frequent change of the environment around the player provides the challenge we are aiming for. We don’t want you to drown in the nearest bog when you start, but we also are not very keen on driving over paved roads all day. So you will have to deal with a constantly changing environment, which may differ dramatically from one objective to another. And we want you to think: Which vehicle is the best for the task? How should I approach upgrading it? Maybe a more powerful engine, but the fuel consumption becomes a problem? When I’m in a mud pool, or just seeing one ahead, how should I respond? Maybe try to bruteforce it on the highest gear? Do I have enough grip for it? Maybe I should crawl? Do I have an object to winch to if I do get stuck? And so on. We want every new unexplored area to constantly put small but meaningful tasks in front of you. Off-roading is a battle, not a safe sightseeing journey, after all.

Can you talk about how the progression system of SnowRunner is structured in terms of upgrades to vehicles?

Yaruta: Players are able to unlock upgrades for the vehicles in a number of different ways. We don’t want players to be left without the right tires for the situation, so all of our tire options are unlocked through the experience system, called ‘Driver Rank’. As soon as you’ve completed enough objectives, or explored the world, you will get access to all the tires inside a particular tire type. Off-road tires, for example.

Other upgrades are just available for you to buy right from the beginning. You need to transport all that cargo in something, right?

Most of the upgrades, however, are locked behind world exploration. Players will have to find them while travelling. If they look carefully, they will notice a lot of useful things, like special prototype engines for the truck they just acquired, or an extreme level suspension for the scout vehicle they struggled to figure.

We are basically aiming to incorporate the overall vehicle progression system into the pure exploration gameplay. 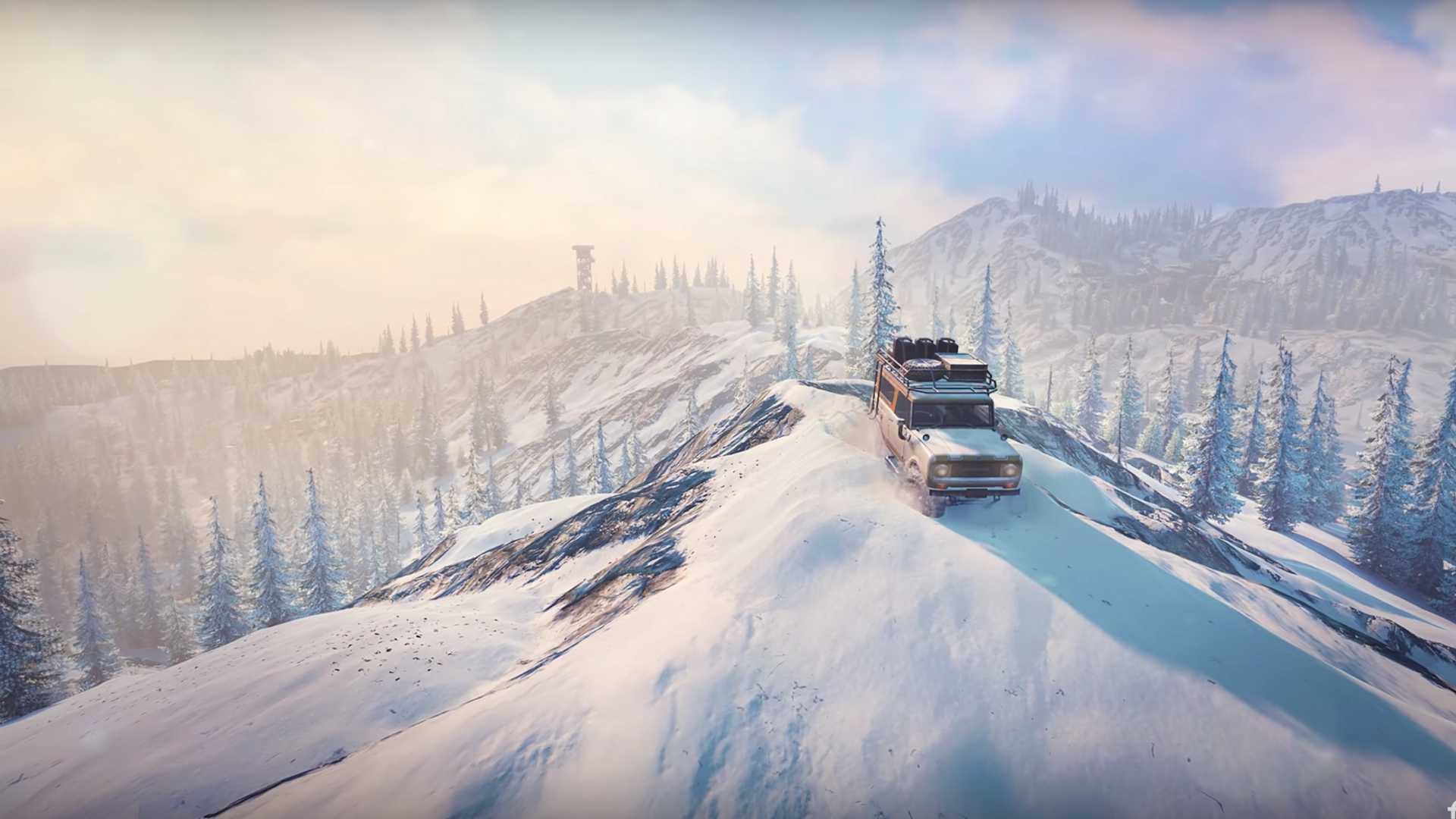 "Customization tools provide every player with the ability to build nearly every truck into something they could use in a number of different conditions and to achieve different results."

How in-depth are the customization tools for vehicles in SnowRunner?

Yaruta: Customization tools provide every player with the ability to build nearly every truck into something they could use in a number of different conditions and to achieve different results. You could build a scout vehicle like the Chevrolet CK1500 into a mud and bog monster with extremely high suspension, an off-road gear shift, snorkel, very powerful engine, and giant wheels. But if you make it too top-heavy, with the large rooftop trunk with fuel and spare parts on it and overdo the size of your tires or their type a little bit, it may not perform that well in rocky mountain passages.

Customization tools are there to try and help you create specialized vehicles for different tasks, not to create one truck to rule them all. You are welcome to try of course.

How large will the environments in SnowRunner be?

Yaruta: The overall size of the SnowRunner world is roughly 30 km2. Most of this area is playable with different kinds of activities included. Single maps may vary in size from 1 km2 to 4 km2. Maps are combined into regions – the player is able to travel throughout the whole region through the special gateways. Some activities may require travelling from one map to another and return back. Most of the environment is very heavy off-road with occasional even surfaces and roads. Taking all this into consideration and combining it with the fact that you won’t be speeding much in this game, the environments take a lot of time to traverse.

Roughly how long will an average playthrough of SnowRunner be?

Yaruta: The playthrough time strongly depends on whether or not the player is trying to complete all the available objectives and discover every possible item on every map. And on the level of understanding on how to combat off-road, the planning precision, the right vehicle setup. The rough timing on completing absolutely everything is up to 100 hours. We believe that veteran players may handle the whole game in about 50 to 60 hours.

What are your plans for SnowRunner as far as post-launch support by way of updates and new content are concerned?

Sorokin: We have four phases of content planned, each of which includes new vehicles, new maps, new skins, new activities and missions, new customisation options, additional modding support tools and much more. This is split between paid and free content, with the season pass being the best way to make sure you have access to everything. We’re still working on everything and more details will arrive in the future, but we have a cool Season Pass trailer that details everything. We want to support this game for a long time to come, and we know there’s desire from the playerbase of Mudrunner and our other games for this sort of roll out. 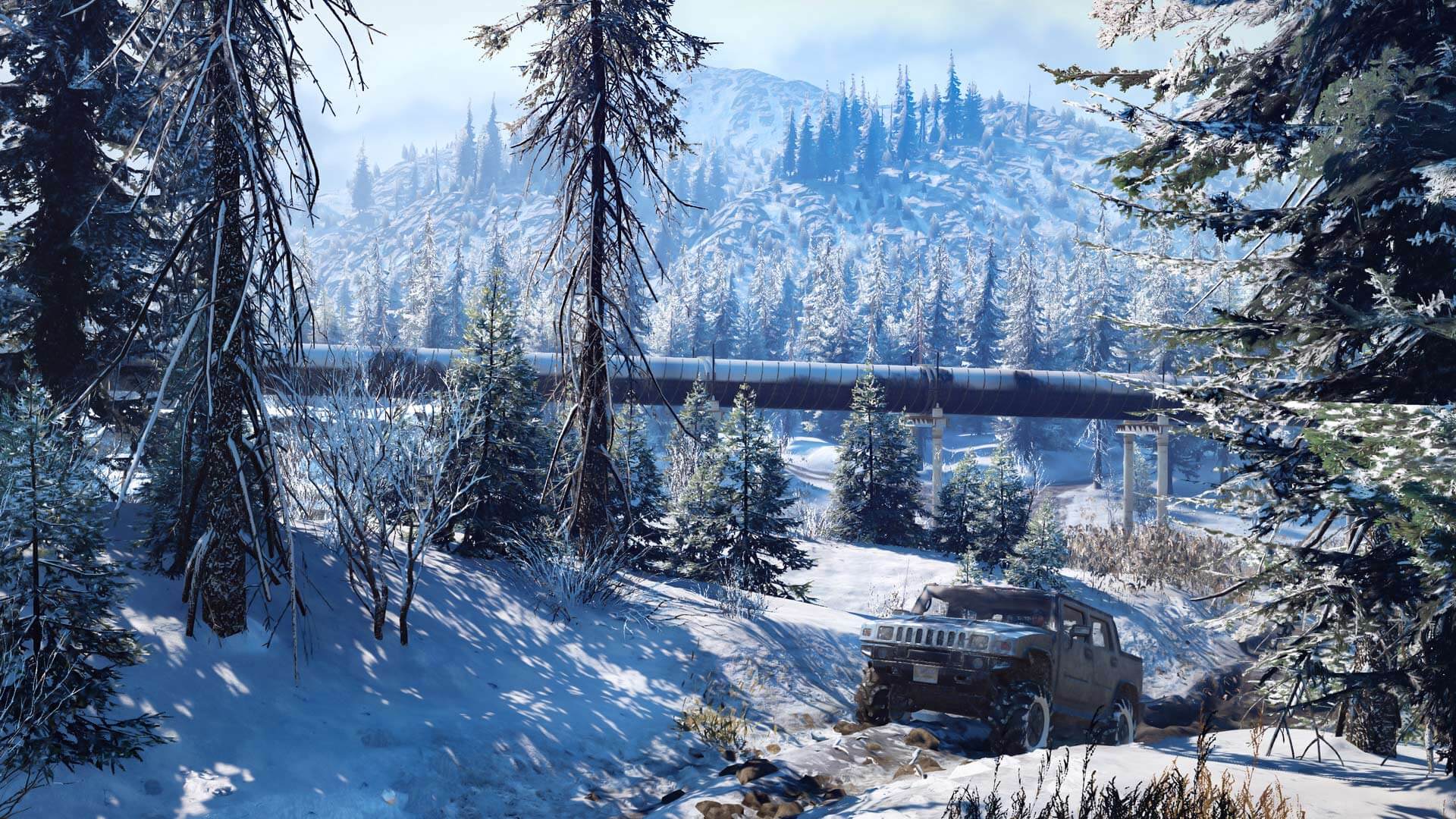 "The playthrough time strongly depends on whether or not the player is trying to complete all the available objectives and discover every possible item on every map."

Krupkin: The game will feature 4k dynamic resolution on both Xbox One X and PS4 Pro at 30 fps.